Our weekly look at the latest news and trailers from the world of film, featuring some horror, a beauty not a beast and a terrible moustache. It’s The Showreel… 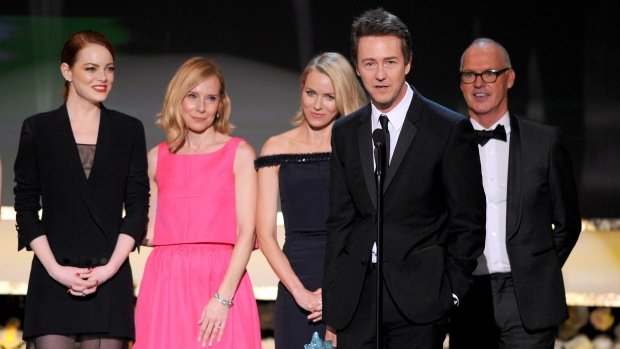 With Awards season in full swing, it was the turn of the Screen Actors Guild to pat each other on the back and say well done, with their awards ceremony in Los Angeles on Sunday night. There was pretty much zero surprises with Oscar bait Birdman winning Outstanding Cast in a Motion Picture. Best Actor went to Eddie Redmayne for his impersonation of Stephen Hawking in The Theory of Everything  while Julianne Moore picked up Best Actress for Still Alice. Boyhood’s Patricia Arquette and Whiplash’s J.K. Simmons picked up awards for their supporting roles and thus ended the most uncontroversial awards ceremony of the year so far. I think next year the SAG Awards should be given in some sort of Gladiator style tournament… just to spice things up a bit. Still though it’s less than a month to the Oscars so all will be back to normal soon. 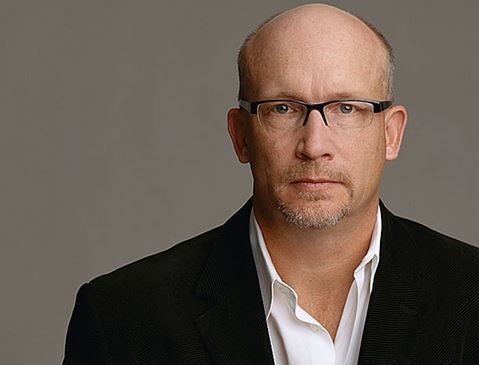 The fantastic Sundance Film Festival is up and running with many new and promising films making their debuts including the deeply unsettling It Follows which we will preview below. Amongst the films making an appearance was Going Clear: Scientology and the Prison of Belief, the new documentary from Oscar winning film maker Alex Gibney who is probably the most consistent and fearless documentary maker working today.

Supposedly the security was abnormally tight at the Sundance premiere with fears for the safety of the ex-Scientologists at the screening, who speak out in the film about leaving the controversial church. Gibney’s documentary will shine a light on the truly darker forces at work within the church/cult made famous by Tom Cruise and John Travolta, and by all accounts the film pulls no punches.

Emma Watson as the Beast, I presume? 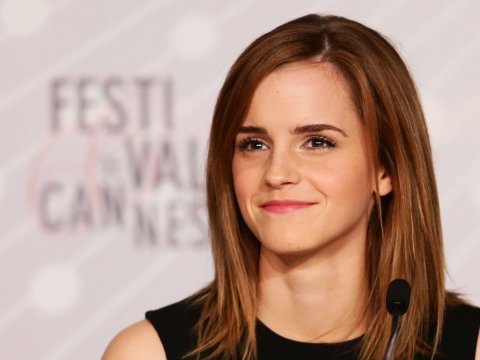 Emma Watson has signed on to star in Disney’s live action remake of the classic story Beauty and the Beast, presumably as the Beast, right? The film will be directed by Bill Condon whose directing credits include The Twilight Saga: Breaking Dawn – Part 1 and The Twilight Saga: Breaking Dawn – Part 2. Wow. He actually did direct Dreamgirls and The Fifth Estate so I suppose he has that going for him. Either way Disney are hoping  to make millions and millions of dollars with the Harry Potter star on board and will try somewhat not to ruin your childhood memories of the classic story of Belle and co.

So far the reviews for It Follows have heaped praise on the relatively unknown writer/director David Robert Mitchell’s original and absolutely terrifying film which follows a young girl who is being followed by an unknown demon. I don’t know the last time you were followed, but I’m sure it was creepy as hell. I was followed once by a pigeon. I still shudder.

It is refreshing to see a horror film that actually sets out to get inside your head and gnaw at your primal fears and instinctual reactions to the things that scare you. For too long we have been fed poorly composed shock horror like Paranormal Activity and the gore-porn of Eli Roth. An original horror film is very difficult to make and are few and far between with perhaps The Cabin in the Woods being the only one to spring to mind from the last ten years. It Follows is out at the end of February and will hopefully scare the absolute feck out of you.

Poor Johnny Depp. What has happened? Mortdecai was released last Friday in the US and will go down as one of the worst opening weekends of all time taking in less than a third of Jennifer Lopez’s new film The Boy Next Door, and that stars Jennifer Lopez! The trailer is actually kinda painful to watch, and considering they are probably the best bits of the film, it is hard to see how Mortdecai can salvage any sort of pride this side of the Atlantic.

Johnny Depp has been on a run of terrible films and while he proved an excellent “oddball” in many films throughout the 90s, it seems his lasting ability is nearly spent. Looking back through his films you get to 2004’s Finding Neverland before you can positively remember one of his performances, and with another Pirates of the Caribbean and the sequel to Tim Burton’s Alice in Wonderland on the cards it is hard to see where he can redeem some credibility. What happened to Ed Wood, and Donnie Brasco, and George Jung, and Gilbert Grape? Sad. 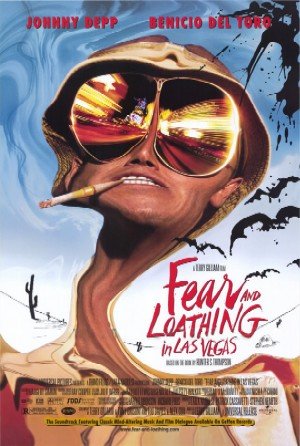 An oddball journalist and his psychopathic lawyer travel to Las Vegas for a series of psychedelic escapades.

Speaking of Johnny Depp in the 90s, here is one of his fantastic performances as Raoul Duke, a sports reporter sent to Las Vegas to cover a motorcycle race. Based on the book by the brilliant Hunter S. Thompsom and directed by the visionary Terry Gilliam, Fear and Loathing descends into madness as Duke and his laywer Dr. Gonzo take every drug available while experiencing the darker side of Vegas in ever more hallucinatory chapters. 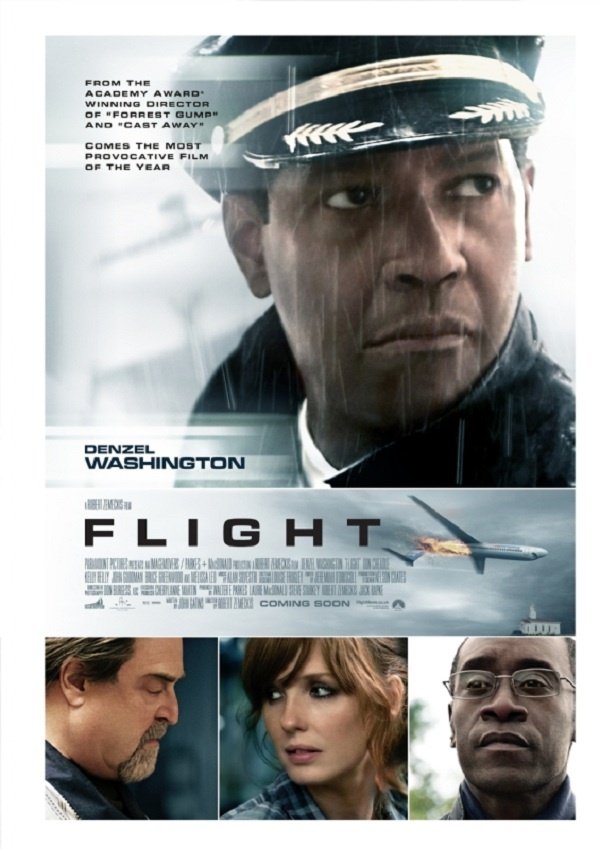 An airline pilot saves almost all his passengers on his malfunctioning airliner which eventually crashed, but an investigation into the accident reveals something troubling.

Denzel Washington showed his acting grit in this toned down and tightly directed film from Robert Zemeckis. Washington was nominated for an Oscar for his portrayal of the troubled pilot and it is his performance throughout that ties the film together, underpined by the equally tight screenplay by John Gatins who was also nominated. 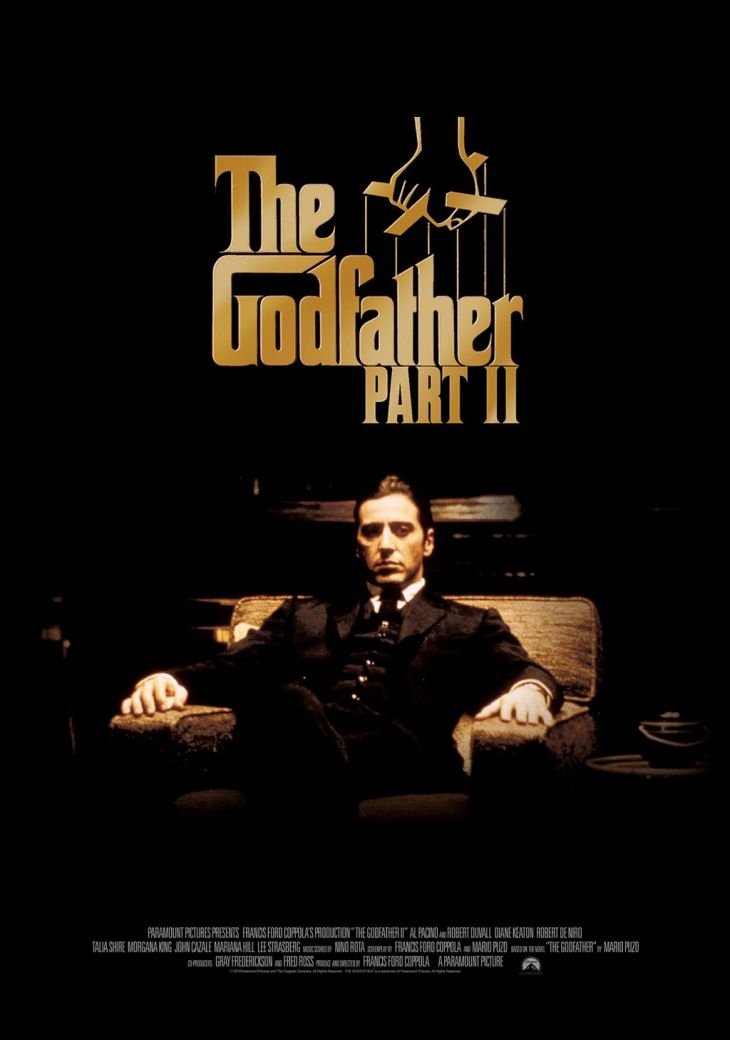 The early life and career of Vito Corleone in 1920s New York is portrayed while his son, Michael, expands and tightens his grip on his crime syndicate stretching from Lake Tahoe, Nevada to pre-revolution 1958 Cuba.

The Godfather of all sequels, Francis Ford Copolla’s Oscar winning masterpiece is three hours and forty minutes of cinematic glory starring Al Pacino and Robert De Niro in career defining roles. The third film was a huge let down but if you feel up to it, it comes on straight after this finishes. 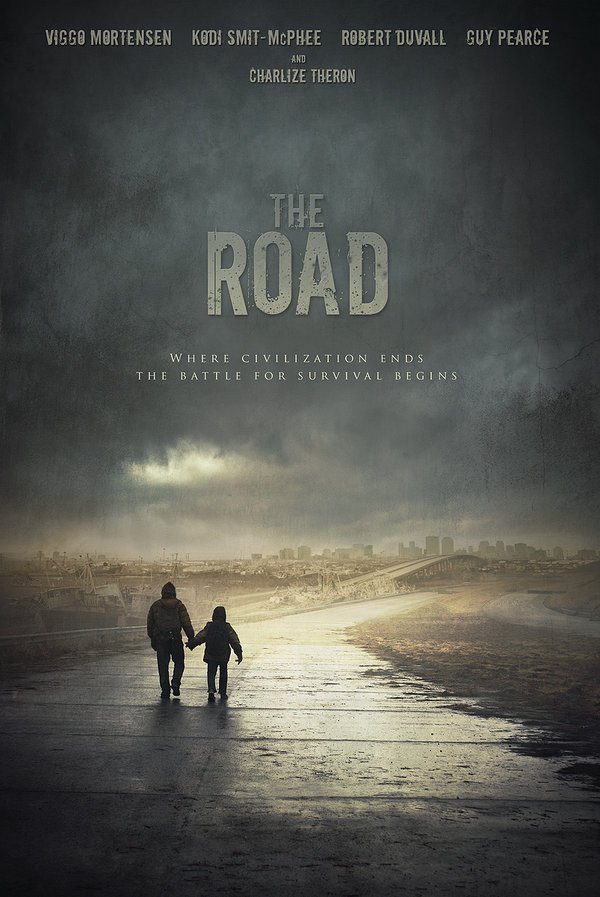 In a dangerous post-apocalyptic world, an ailing father defends his son as they slowly travel to the sea.

I am a huge fan of John Hilcoat’s directorial debut The Propostion, and I am also a huge fan of Cormac McCarthy’s novel on which this film is based so to say I was looking forward to this when it was released was an understatement. It is hard to be excited about a film like this though, as it’s source material was so dark and utterly bleak. The film itself is true to the tone of the novel on which it is based and Viggo Mortensen’s acting throughout is outstanding but it is the world into which you are brought that will stay with you. It is not light entertainment but worth every minute. 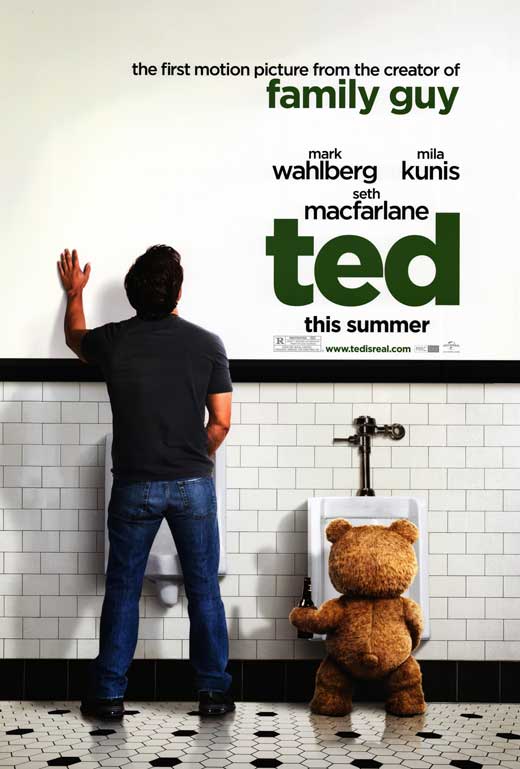 As the result of a childhood wish, John Bennett’s teddy bear, Ted, came to life and has been by John’s side ever since – a friendship that’s tested when Lori, John’s girlfriend of four years, wants more from their relationship.

Ted was a huge hit when it was released in 2012 and Seth MacFarlane seemed to hit the nail on the head with many of the jokes landing just this side of being totally unacceptable. The Family Guy creator has made his career on straddling the border between offence and comedy and Ted successfully scored big at the box office. His follow up A Million Ways to Die in the West showed how his comic stylings can often miss the mark however.

Blood on the Paddle – Chapter Four