Our weekly look at the latest news and trailers from the world of film, featuring some shades of grey, a golden bear and a man from somewhere called UNCLE… it’s The Showreel! 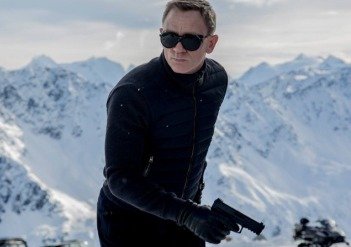 Sony have released some behind the scenes footage from the new James Bond film Spectre which is due out in October, and it looks pretty epic. In saying that, the featurette is mostly people talking about how great it all is while showing us pretty much one single shot from the film, but anyways, who am I to argue with Daniel Craig and a gun.  One of those people is Dave Bautista though… and he was super great in Guardians of the Galaxy.

Rumours are rife that the film is gone way over budget which is mind boggling when you consider the Sony hack of a few months back revealed the budget to be somewhere in the region of €300 million! But if you want to shoot scenes like this on the dedicated ski slopes of Austria you need that kind of money… trying to do this on the artificial slopes of Ski Centre Sandyford just doesn’t have the same PZAZZ, y’know? Although Bond stuck in traffic on the M50 would be awesome.

Check out the featurette here. 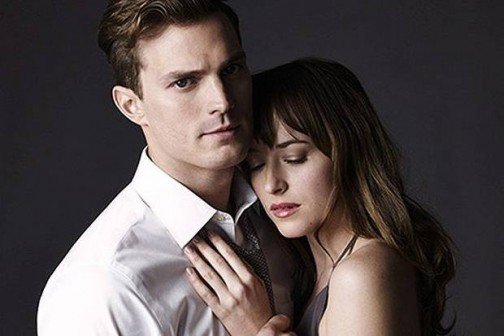 So the Fifty Shades of Grey film finally hit our cinema screens this week, and boy did it hit them, with box office returns smashing previous records all over the world. In America, the bondage phenomenon (I never thought I would be saying those words… ever) drew huge numbers and took a staggering $82 million in its first three days breaking the record held by the abysmal Valentine’s Day released in 2010. In fact only Mel Gibson’s ode to anti-Semitism, The Passion of the Christ, took in more money with a February release. So basically February is a good time for Jesus and bondage.

But the film’s success was not limited to the U.S. In Ireland, the film took in nearly €1.4 million over the Valentine’s weekend making it the 10th most successful opening weekend of any film ever in our lovely little country, regardless of all the Fr. Ted protests. So far the reviews have been pretty poor but in fairness this film wasn’t made for the critics. Also, if you found the dialogue a bit hard to understand, here is an Irish translation.

In other Fifty Shades news, a man was glassed when he told some women to be quiet at a screening in Glasgow. Probably taking the S&M a bit far there Glasgow. More women were said to be heavily intoxicated whilst others were vomiting in the aisles. I suppose Glasgow has their share of critics also.

A Golden Bear in Berlin 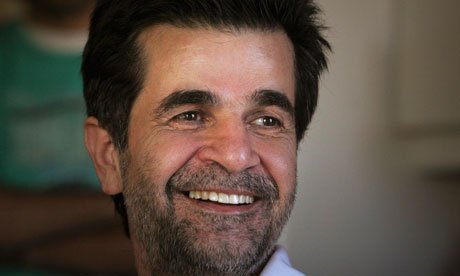 The 65th Berlinale Film Festival drew to a close over the weekend and it was the politically abrasive and highly revered Iranian film maker Jafar Panahi who won the Golden Bear for his film Taxi in which he filmed himself conversing with the various occupants of a taxi as he drove around Tehran. Panahi is banned by the Iranian authorities from making films and is not allowed leave Iran and thus the film is seen as a powerful message in the current debate on free speech and democracy. His 2011 documentary This Is Not A Film, which details his house arrest, was snuck out of the country in a cake and won many hearts and minds, along with a number of awards.

Darren Aronofsky, who was president of the Berlinale Jury this year said of the film maker, “Instead of allowing his spirit to be crushed and giving up, instead of allowing himself to be filled with anger and frustration, Jafar Panahi created a love letter to cinema. His film is filled with love for his art, his community, his country and his audience.”

“In the early 1960s, CIA agent Napoleon Solo and KGB operative Illya Kuryakin participate in a joint mission against a mysterious criminal organization, which is working to proliferate nuclear weapons.”

Another day, another remake. This time starring Henry Cavill (Superman) and Armie Hammer (The Lone Ranger) and written and directed by Guy Ritchie, fresh off the success of two Sherlock Holmes films in a row. The Man From U.N.C.L.E. was originally a series from the 60s starring Robert Vaughan and has now been revamped, stylised and packaged for the modern cinema seat warmer.

There is just something about this that reminds me of the 1998 masterpiece of atrociousness The Avengers, which tried desperately to capture the sophistication of the era and ultimately failed desperately. Just watch this scene.

In fairness I do hold more hope for this film, with Guy Ritchie at the helm. I have to admit I was sceptical and ultimately completely wrong about Sherlock Holmes, so maybe this spy adventure might surprise a few people.

“A celebrated military contractor returns to the site of his greatest career triumphs and re-connects with a long-ago love while unexpectedly falling for the hard-charging Air Force watchdog assigned to him.”

Cameron Crowe has always had a way of drawing together a great cast for a movie and his latest project Aloha is no exception. In fact the cast is probably the best cast of any film going to be released in 2015 or 2016. Just look at it: Bradley Cooper, Emma Stone, Bill Murray, Alec Baldwin, Jay Baruchel, Rachel McAdams, John Krasinski, Danny McBride. Wow.

Amazingly Cameron Crowe has not made a good film in 15 years. In fact, if one was of a critical nature, it could be argued that he has never made a good film. Almost Famous and Jerry Maguire are his standout films with Elizabethtown and We Bought A Zoo probably his most forgettable. Aloha looks like a crowd pleaser, but I just cant look forward to a film that has the text in a trailer which says “Sometimes you have to say goodbye… Before you can say hello”. Ugh.

A botched mid-air heist results in suitcases full of cash being searched for by various groups throughout the Rocky Mountains.

From Finland’s most famous director, Renny Harlin, comes Cliffhanger… a film about Sylvester Stallone straining every sinew of muscle while pulling faces reserved mostly for the audiences of Fifty Shades of Grey. It is what it is… a no holds barred 90s action film and actually has some great scenes, and definitely watch-able for the plane to plane zip-wire stunt which was actually performed by a (clearly insane) stuntman.

A highly advanced robotic boy longs to become “real” so that he can regain the love of his human mother.

Originally destined to be a Stanley Kubrick film before his untimely death in 1999, A.I. would fall into the hands of Steven Spielberg who delivered a brilliant and interesting vision of the future starring the “what-happened-to-that-kid” kid from The Sixth Sense, Haley Joel Osment as the robotic boy in question.

Humanity finds a mysterious, obviously artificial, object buried beneath the Lunar surface and, with the intelligent computer H.A.L. 9000, sets off on a quest.

Speaking of Kubrick, why not watch this masterpiece from 1968. The film is probably the most important science fiction film ever made and its recent restoration and screenings at the BFI show that the interest in the film is still thriving. Seminal stuff.

An ex-prize fighter turned longshoreman struggles to stand up to his corrupt union bosses.

Marlon Brando stars as the someone “who could’ve been a contender” in Elia Kazan’s deft look at the corruption and politics of the docks. Smothered in the subtext of the anti-communist hearings of the time and written as a repost to the singling out of Hollywood writers, On The Waterfront went on to win 8 Oscars including Best Picture, Best Director and Best Actor for Brando.

A pair of young lovers flee their New England town, which causes a local search party to fan out to find them.

In fairness, I did mention that Cameron Crowe can pull together a good cast, but Wes Anderson can claim the same talent and Moonrise Kingdom continues his well acted, well deigned and quirkily funny style which has him as a contender for multiple Oscars this year with The Grand Budapest Hotel.