Our weekly look at the latest news and trailers from the world of film, featuring some “magnificent” remakes, a fault ridden Rock and 5 films that you can record to your telly box… It’s The Showreel!

The legendary documentary film maker Albert Maysles passed away this week at the age of 88 after a brief battle with cancer. Maysles is regarded as one of the most influential documentary filmmakers, with his pioneering work in the world of “direct cinema” in the early 60s paving the way for observational and non-intrusive documentary films which aim at capturing what was happening as it happened rather than framing the film behind interviews and narrations. This “fly-on-the-wall” style of film making was made possible by the advent of light and portable film equipment, and Maysles, along with his brother David and other film makers including Robert Drew, saw the opportunity to tell real stories about real people. His most famous film is probably the 1970 Rolling Stones documentary Gimme Shelter about the disastrous Altamont Concert in California which descended into violence with the murder of concert goer Meredith Hunter actually being caught on camera by the Maysles. However, it is his 1975 film Grey Gardens which will be regarded as his best and most important documentary. The film follows the aunt and cousin of Jackie Kennedy Onassis in their dilapidated mansion in the Hamptons and is a beautiful, intimate and thoroughly honest portrait of these people’s lives. His film Salesman from 1968 is almost a perfect documentary and without Salesman who wouldn’t have Jack Lemmon in Glengarry Glen Ross, and without Jack Lemmon in Glengarry Glen Ross you wouldn’t have Gil from The Simpsons.

Maysles kept making films right up until his death, and ran a film making academy and scholarship programme in New York for up and coming film makers. His family released a statement which said:

For more than five decades, Albert created groundbreaking films, inspired film-makers and touched all those with his humanity, presence and his belief in the power of love. He was also a teacher, mentor and a source of inspiration for countless film-makers, artists and everyday people.”

The first image of Joseph Gordon-Levitt as whistle-blower Edward Snowden had been released from the set of Oliver Stone’s new biopic of the controversial ex-NSA analyst, who released thousands of documents detailing the extent of worldwide surveillance undertaken by some of the governments of the “free” world. The film, titled Snowden has assembled quite the cast with Shailene Woodley, Melissa Leo, Timothy Olyphant, Zachary Quinto, Nicolas Cage and Tom Wilkinson all joining Gordon-Levitt in what will surely be a contentious and divisive film. The film will look at earlier aspects of Snowden’s life which was not touched on in the brilliant, Oscar winning documentary Citizenfour and shooting began last month in Munich, Germany with a release date scheduled for December 25th 2015, just in time for Oscar season next year. It will be interesting to see how Oliver Stone tackles this hugely significant and politically sensitive issue with previous form including the likes of JFK, World Trade Centre, Nixon and W which were all met with mediocre reviews.

Another Day, Another Remake or Two

Warner Brothers have announced details for the upcoming The Jungle Book remake that nobody asked for. The film will be a blend of live action and motion capture with motion capture demi-god Andy Serkis making his directorial debut, along with portraying the bear Baloo. The cast is actually very impressive with Benedict Cumberbatch as the tiger, Shere Khan; Cate Blanchett as Kaa, the snake; Christian Bale  as the panther, Bagheera; Naomie Harris as Nisha, and our very own Jack Reynor as Mowgli’s Brother Wolf. The film should be hitting our cinema screens in October 2017, which is ages away and gives you plenty of time to watch the original.

Another somewhat unnecessary remake which is in production at the moment is Antoine Fuqua’s The Magnificent Seven, the remake of the 1960 classic western starring Steve McQueen and Yul Brynner. The film tells the story of seven gunslingers hired by a village to protect them from viscous thieves. The original film itself is a remake of the 1954 masterpiece Seven Samurai by legendary Japanese director Akira Kurosawa. The cast so far includes Denzel Washington, Ethan Hawke, Chris Pratt and Hayley Bennett which is pretty cool, but Fuqua’s films have always delved deeper into style than substance with previous directorial credits including Training Day, The Equaliser, Shooter and Olympus Has Fallen. It is true that Chris Pratt is cool… but is he Steve McQueen cool?

When millionaire James King is nailed for fraud and bound for San Quentin, he turns to Darnell Lewis to prep him to go behind bars.

Note: this is the red band trailer so it may contain some nudity and crude, crude language… you have been warned!

Will Ferrell has never quite hit the heights he did with the likes of Anchorman (2004), Zoolander (2001) and Elf (2003) but is still regarded as one of the funniest actors working in the business today. His latest film, Get Hard, may or may not show a return to form for Ferrell, but it certainly will be filled with crude humour and rape jokes. In fact, for me, much of the trailer was watched from behind splayed fingers with the “white guy pretending to be a black guy” routine being wholly cringe worthy whilst the whole “prison is where you get raped” routine being as awkward.

Everything in the trailer suggests these jokes will prevail but director Etan Cohen has shown himself more subversive and intelligent in previous films which he wrote, including Idiocracy and Tropic Thunder. This will be his directorial debut so it remains to see if he can retain his sense of satire with the added pressure of actually making the film.

Get Hard is out March 27th.

In the aftermath of a massive earthquake in California, a rescue-chopper pilot makes a dangerous journey across the state in order to rescue his estranged daughter.

Well the trailer is pretty epic, but I have been stung before. The Day After Tomorrow looked awesome… it was shit. 2012 looked awesome… it was shit. But now, older and wiser, I can safely say that San Andreas looks awesome, not because I think it will be good, but rather because I now know it will be shit. But in many ways, shit is good. That might sound odd, but if you go into this film knowing that it will be shit, then you can sit back and actually enjoy the thing without getting overly disappointed when Dwayne “The Rock” Johnson does something ridiculously clichéd, or rolling your eyes when the person who has recently been introduced with a story about his family is killed in a horrible way.

I hated 2012 when I watched it first but it does serve a purpose – it’s chewing gum for the eyes, and that purpose can often be lost on film critics. I have to admit though, that it is worrying when the press release from Warner Brothers says:

Brad Peyton did direct Journey 2: The Mysterious Island, but don’t hold that against him… he also directed Cats & Dogs: The Revenge of Kitty Galore. San Andreas also stars Alexandra Daddario (TVs True Detective) along with Carla Gugino and Ioan Gruffudd and is due for release in both 2D and 3D on May 29th. 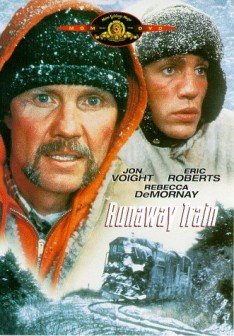 Two escaped convicts and a female railway worker find themselves trapped on a train with no brakes and nobody driving.

Jon Voight and Eric Roberts were both nominated for Oscars for their portrayals of the escaped convicts in this taut thriller that speeds along at a great pace. It is their characterisations that are key to actually caring about what happens, in what could have been a run of the mill endeavour. Akira Kurosawa (mentioned above) was originally meant to direct but the film languished for 15 years before landing in the hands of Russian director Andrey Konchalovskiy. 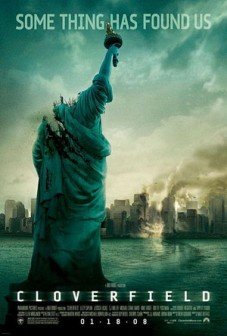 A group of friends venture deep into the streets of New York on a rescue mission during a rampaging monster attack.

The found footage sub-genre was revived with this smart and exciting monster/alien movie from wonderful writer Drew Goddard (Cabin in the Woods, the new Spiderman reboot) and director Matt Reeves (Let Me In, Dawn of the Planet of the Apes). The film is a simple, straight up monster movie with plenty of scares and great special effects. Lizzy Caplan stars. 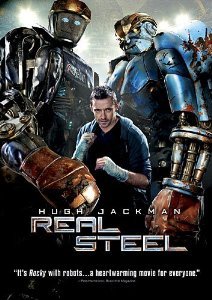 In the near future, robot boxing is a top sport. A struggling promoter feels he’s found a champion in a discarded robot.

Based on a short story by legendary sci-fi author Richard Matheson (I Am Legend, What Dreams May Come), Real Steel deviates from the source material a bit too much and emphasises the action and special effects more than the context of the story. It is, however, a sci-fi Rocky-esque fist pumper that can be a lot of fun. Hugh Jackman and Evangeline Lilly star. 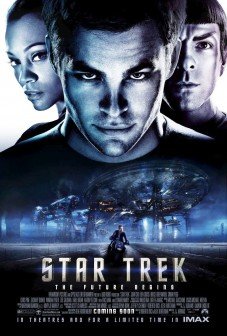 The brash James T. Kirk tries to live up to his father’s legacy with Mr. Spock keeping him in check as a vengeful, time-traveling Romulan creates black holes to destroy the Federation one planet at a time.

J.J. Abrams was tasked with the reboot of the famous Star Trek franchise and this first outing was such a success he landed a gig at reviving the Star Wars franchise. Not bad, eh? Chris Pine stars as Captain Kirk and Zachary Quinto supports as Spock. Leonard Nimoy, who tragically passed away last month, makes one of his last film outings as the original Spock in the role that made him famous. 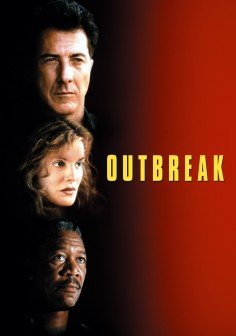 Extreme measures are necessary to contain an epidemic of a deadly airborne virus. But how extreme, exactly?

Wonderfully over the top, and now strangely topical due to the recent Ebola virus outbreak in Western Africa, Outbreak was a huge hit for director Wolfgang Petersen (Das Boot, Troy) and stars Dustin Hoffman, Morgan Freeman and a manically, unsubtle Donald Sutherland. The film is ridiculous but does capture some of the fears the recent outbreaks have evoked.