The Showreel | 24 [Ft. Bridge of Spies & The Stanford Prison Experiment]

Our weekly round up of film news and trailer reviews featuring a bridge with some spies on it, a terrible terrible experiment and the badass that was Christopher Lee … It’s The Showreel! 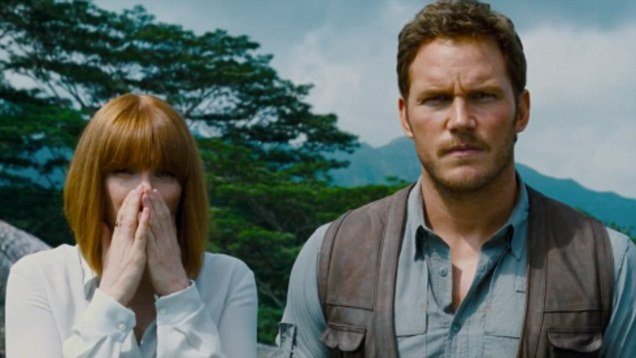 Last Friday saw the release of Jurassic World, the fourth entry in the Jurassic Park series and within the space of a weekend it has effectively devoured every box office record on the go, like a small goat or a lawyer on a toilet.

The figures are simply staggering with Colin Trevorrow’s sequel collecting $524.1 million over it’s opening weekend making it the best opening weekend of any film ever, smashing the previous record held by the final Harry Potter film released in 2011. It is also the first film ever to pass the $500 million mark in one weekend and is practically assured of passing the $1 billion mark within the next few weeks. Amazingly it will become the third film this year to pass this mark after the Avengers: Age of Ultron and Fast and Furious 7. With the release of the highly anticipated Star Wars sequel coming in December, 2015 could be the most lucrative year in the history of cinema. Bet those cinemas are glad they stuck with that 1000% mark-up on popcorn, amirite?

While the film itself has been met with mixed reviews, the love many people have for Spielberg’s Jurassic Park is evident in the box office takings. 2015 may be one of the best box office years of all time but it is seriously dependant on the nostalgia of the audience with these figures as evidence. This year alone sees a new Terminator film, along with the aforementioned Star Wars feature and a new Mad Max film. The perpetual cycle of reboots, remakes and sequels is in full swing and yes, we do get entertaining movies but for every Jurassic World you get a Robocop, and for every Mad Max you get a Conan the Barbarian. 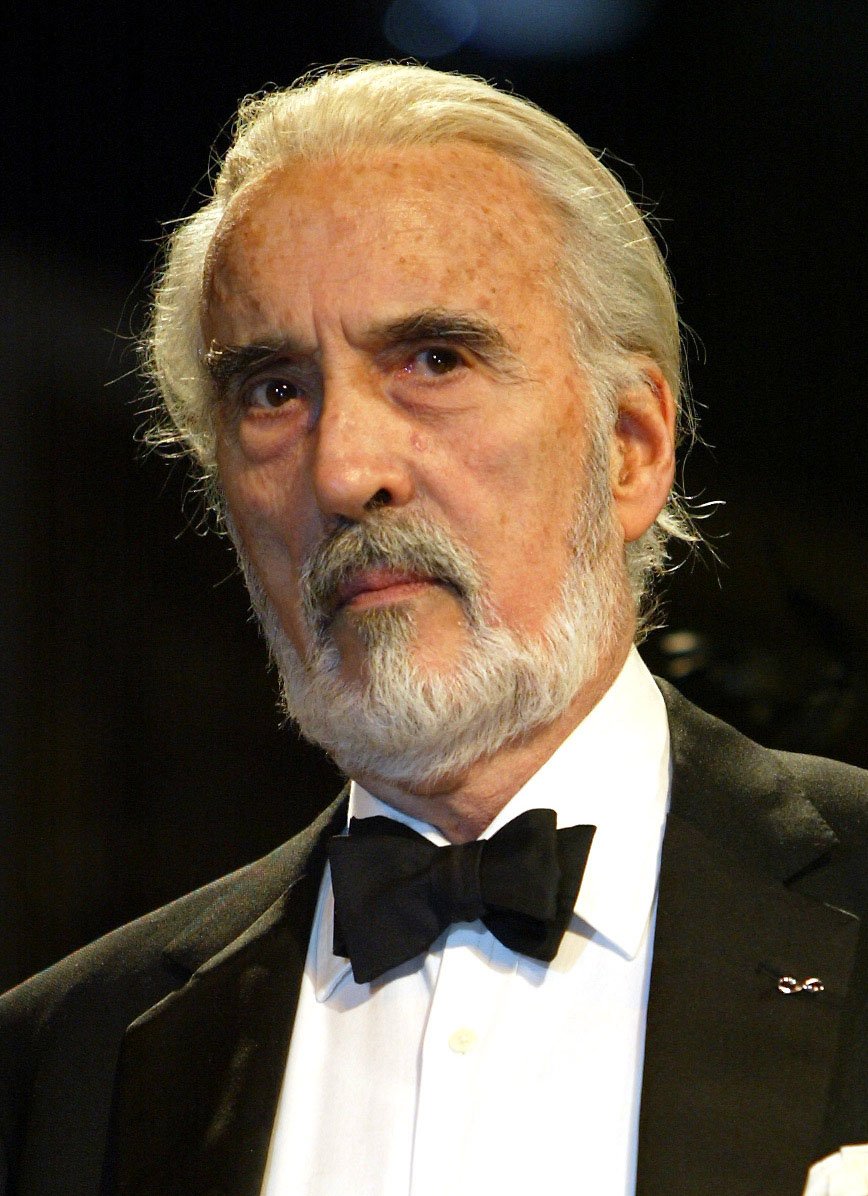 Last week saw the death of one of the most iconic actors of not just this generation, but many generations with Christopher Lee’s acting career spanning nearly 75 years. The older amongst us will equate his deep, mesmerising voice with the Hammer horror movies of the 50s and 60s, with many seeing him as the best Dracula ever put on screen in 1958’s Dracula. The 70s saw two more iconic roles – Bond villain Scaramanga in The Man With The Golden Gun and Lord Summerisle in the fantastic The Wicker Man released in 1973. The younger amongst us will know him for his role as the evil Saruman in the Lord of the Rings trilogy and brief appearances in The Hobbit trilogy and, not to forget his role as Sith villain Count Dooku in the Star Wars prequel. It truly is a testament to his enduring love for acting that he continuously appealed across genres and generations.

Not only was he a talented actor, but he was a total bad ass as well. He fought the Nazis in World War 2 in a unit known as The Ministry of Ungentlemanly Warfare, and recorded a number of death metal albums including a few volumes of death metal Christmas carols including one as recently as last year. And they are pretty good too. But he has that voice that just booms. It’s like his larynx was built for metal, and being a totally great bad guy. May he rest in peace.

An American lawyer is recruited by the CIA during the Cold War to help rescue a pilot detained in the Soviet Union.

Spielberg and Hanks have teamed up on a number of ventures including Saving Private Ryan, Band of Brothers and the oft forgotten (and truly fantastic) Catch Me If You Can. While both can be accused of never pushing the boundaries of their own abilities, what they undoubtedly deliver is quality (ok ok… I’ll admit Spielberg brought us Indiana Jones and the Kingdom of the Crystal Skull).

Spielberg makes plenty of great blockbuster films but his take on true historic tales form the bulk of his greatest work with Munich, Lincoln and Schindler’s List pulling in multiple awards and critical praise. Combine the solid working relationship between Spielberg and Tom Hanks with a script written by the Coen Brothers and Bridge of Spies seems like it could be a great addition to the annals of Cold War thrillers which have had a mixed reaction with modern day critics. 2011’s Tinker, Tailor, Soldier, Spy and the Oscar winning German film The Lives of Others show that fantastic modern Cold War thrillers are possible, and it will be interesting to see if Spielberg’s latest can match their quality.

Twenty-four male students out of seventy-five were selected to take on randomly assigned roles of prisoners and guards in a mock prison situated in the basement of the Stanford psychology building.

Like the Everest trailer from last week, the story on which this chilling tale is based is truly riveting stuff; a social and psychological experiment into power and control that went terribly wrong. The story has been put on film previously, however the results did not do justice to the reality of the experiment and the deep seeded issues it raised. in 2001, German film maker Oliver Hirschbiegel made Das Experiment which made a great attempt at recreating the situation, however it deviated beyond the source in an attempt to increase the drama already inherent in the story. This same issue was replicated in American remake The Experiment which arrived in 2011 and starred Adrien Brody and Forest Whitaker.

The trailer above seems like The Stanford Prison Experiment may have been forced into a similar tactic however trailers do have an editorial tendency to make a film seem more riveting than it might be. Look out for Ezra Miller’s performance, as the up and coming star seems destined for big things following his disturbed performance as the Kevin they needed to talk about in We Need To Talk About Kevin.

5 Films On Your TV This Week 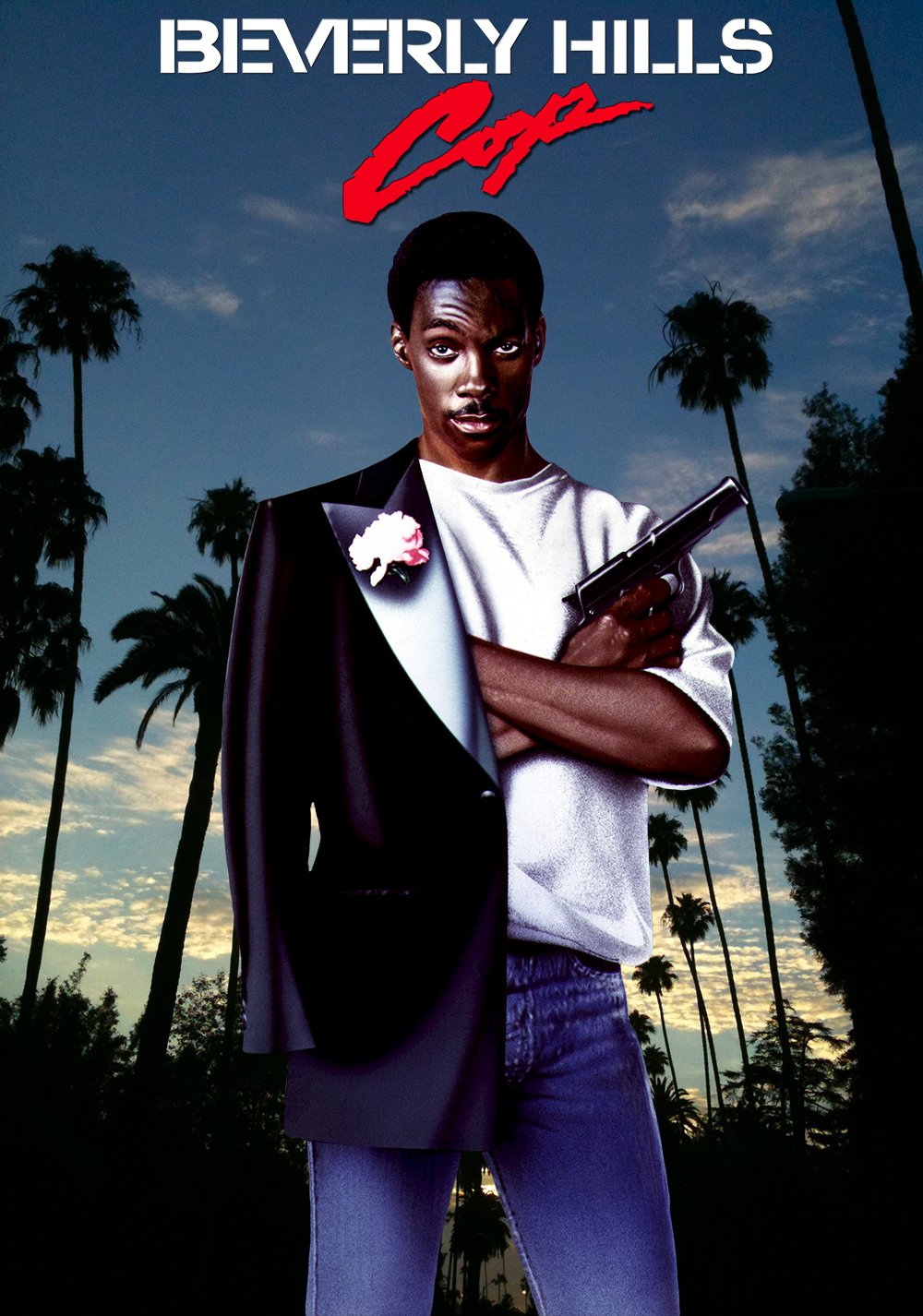 A freewheeling Detroit cop pursuing a murder investigation finds himself dealing with the very different culture of Beverly Hills.

Before the likes of Meet Dave and Daddy Day Care, Eddie Murphy was offered every role in Hollywood, thanks in part to his vibrant performances both on stage and on screen. Beverly Hills Cop still stands out as one of his best comedy/action roles as Detective Axel Foley and also spawned the best ringtone ever with its theme tune. 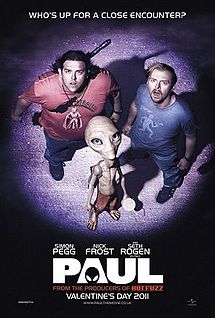 Two British comic-book geeks travelling across the U.S. encounter an alien outside Area 51.

Fresh off the back of Shaun of the Dead and Hot Fuzz, Simon Pegg and Nick Frost brought their clever writing and witty performances to America and dragged along Seth Rogen for the trip. While the end product did not live up to it’s predecessors it is still filled with cunning quips and nods to the sci-fi genre. 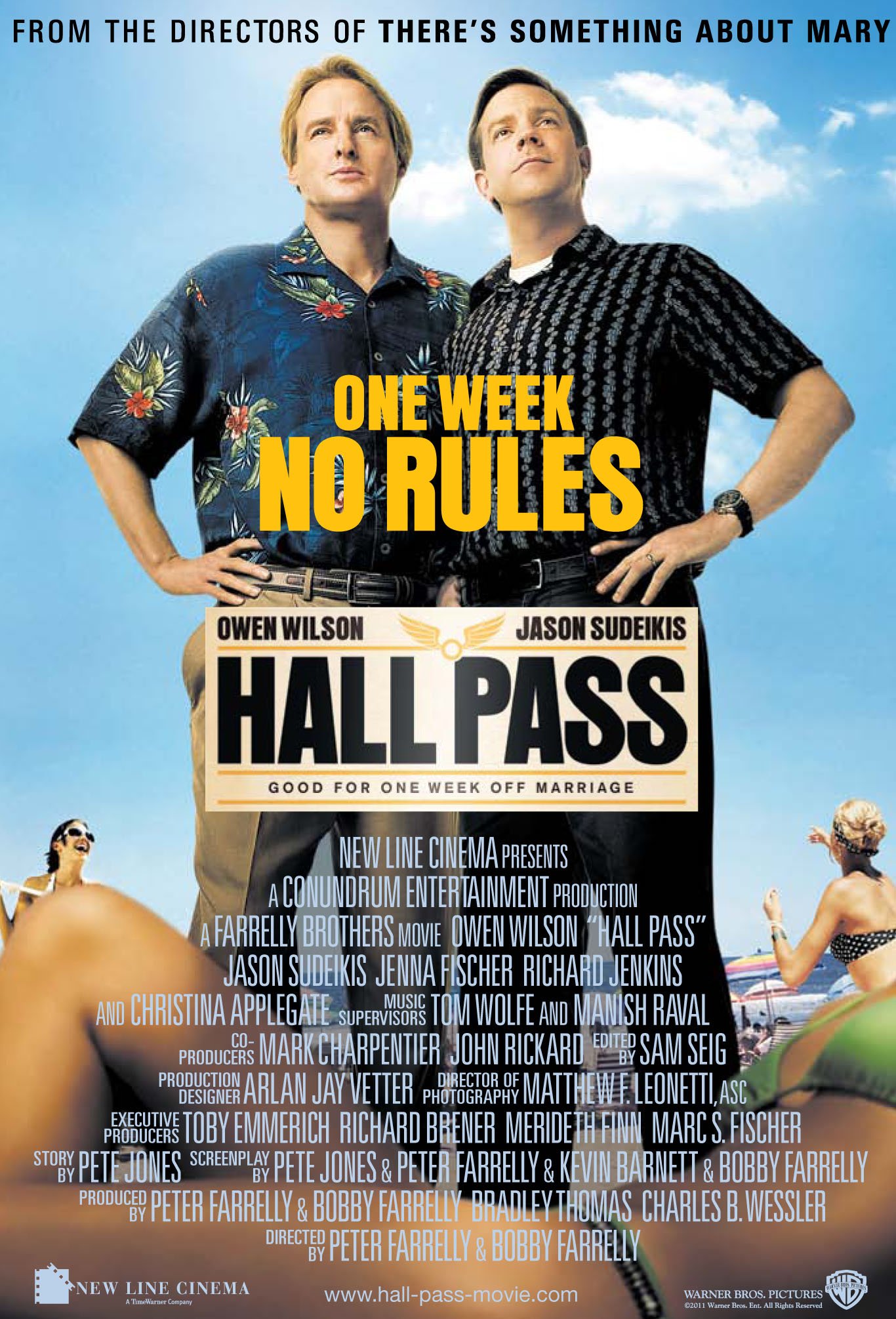 Rick and Fred, two husbands who are having difficulty in their marriages, are given a Hall Pass by their wives: for one week, they can do whatever they want.

Coming from the twisted minds of the Farrelly Brothers (There’s Something About Mary, Dumb and Dumber) and starring Owen Wilson and Jason Sudeikis, Hall Pass does not hit the same levels of gross out comedy as all of their previous work, but it ain’t bad for a lazy Friday night. 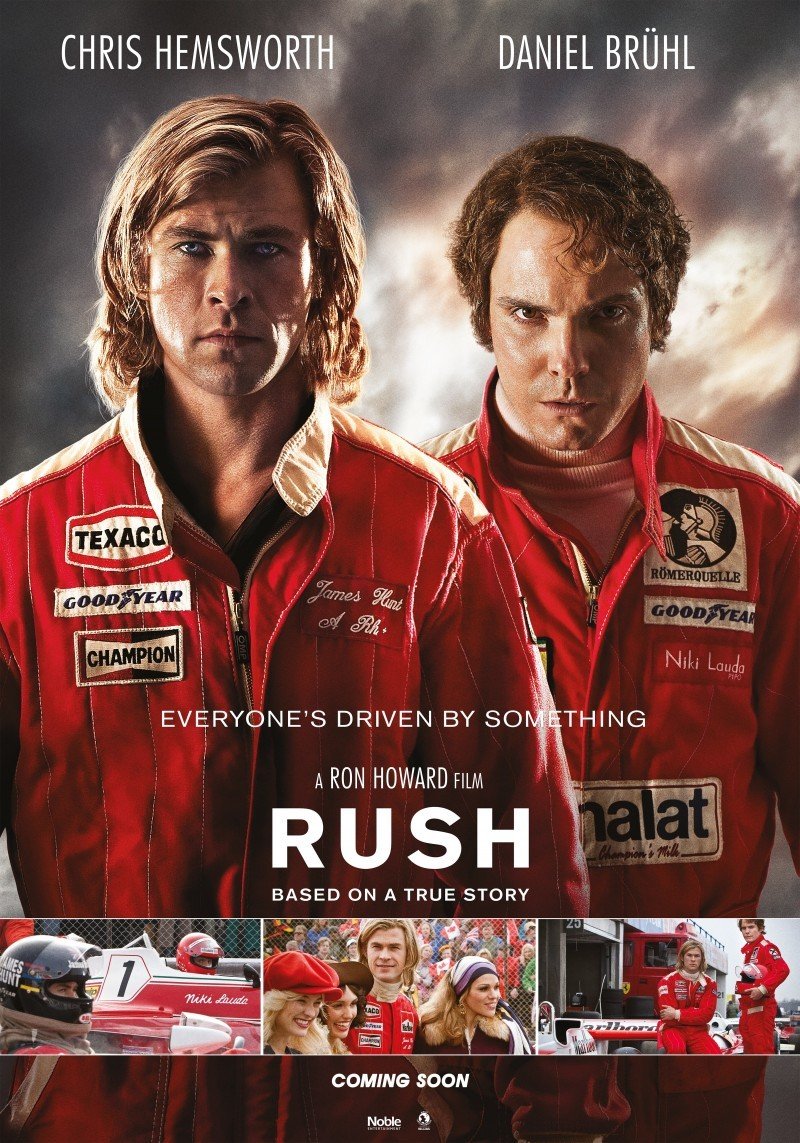 The merciless 1970s rivalry between Formula One rivals James Hunt and Niki Lauda.

Set during the most dangerous period of Formula 1 racing, this thrilling drama from director Ron Howard mixes engrossing racing action with a positive script and great acting from Daniel Bruhl and Chris Hemsworth who play two different but fierce racing drivers fighting for the same thing. 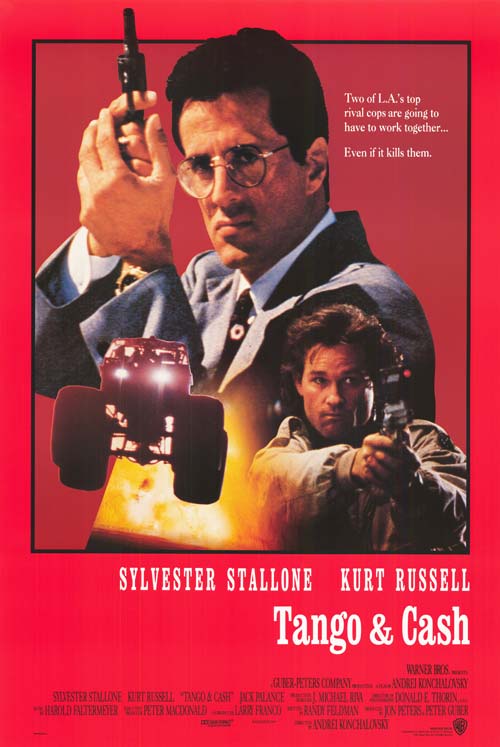 Two cops are framed and must clear their names.

Yeah the premise is pretty simple but there is something about this 80s actioner / buddy cop movie that’s worth a watch. I’m not sure exactly what it is… perhaps the sole fact it has Kurt Russell should be enough. It also as Sylvester Stallone and Jack Palance.