The Showreel | 25 [Ft. The Martian and Sicario]

Our weekly round-up includes film news from Paddy O’Leary and trailer reviews featuring some science, a drug tackling Blunt and 5 films to adorn your eyeballs this week on TV… It’s The Showreel! 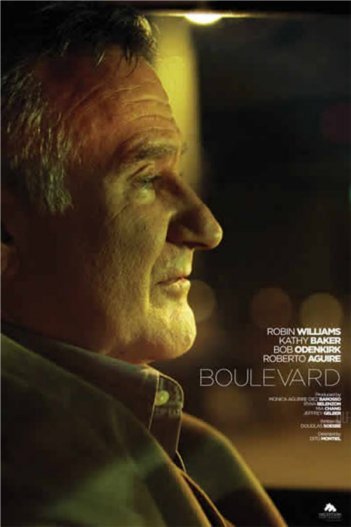 The late, great Robin Williams is set to grace our silver screens one last time in the upcoming Boulevard. Williams is set to portray, Nolan Mack, a devoted husband, in a marriage of convenience, who is forced to confront his secret life. Watching the trailer I can’t help but feel a strange tingling down my spine. It shows a man clearly haunted by his secrets and who is trying to come to terms with this and hide them at the same time. It echoes Williams’ obvious internal battles he dealt with on a daily basis in his personal life. Where in real life, Williams battled depression, Nolan has been trying to hide and suppress his sexuality for his entire life. Things take a turn when he meets young Leo.
Boulevard has already done the film festival rounds and has been critically praised. Director Dito Montiel followed his impressive debut A Guide to Recognizing Your Saints with mediocre Channing Tatum and Dwayne “The Rock” Johnson movies so this seems to be a turning point in the career of the young director also. Kathy Baker (Edward Scissorhands) and Better Call Saul‘s Bob Odenkirk provide Williams’ supporting cast and “home unit”, while newcomer Roberto Aguire takes the role of Leo. 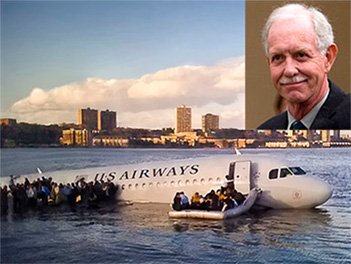 Following the controversial American Sniper, Clint Eastwood is set to direct Tom Hanks, as the protagonist, in the story of hero-pilot Chelsea Sullenberger. Many of you will remember the story of Sullenberger who landed his plane in the Hudson River and in the process save all 155 lives onboard. He pulled off the miraculous escape on 15 January 2009 after his Airbus A320 had hit a flock of Canada geese during its climb out of nearby LaGuardia airport in Queens, New York. Sullenberger, or “Sully” as he is known, wrote a New York Times Best Seller with his memoirs Highest Duty: My Search for What Really Matters and this will be the basis of the screenplay which is in the hands of Todd Komarnicki. Komarnicki penned the screenplay for Perfect Stranger in 2007 and it was altogether unoriginal, this is only his second outing as screenwriter in nearly ten years so maybe he has put a bit more thought into this one. 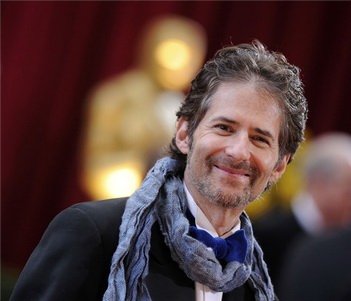 James Horner died when his single-engine aircraft, which he was piloting, crashed yesterday morning, Monday 22nd June. Horner was a true great in his field and composed some of the most memorable scores over the last 30 years including Aliens, Braveheart, Apollo 13, A Beautiful Mind and Avatar; all of which he received an Oscar Nomination. His most recognisable pieces would come in 1998 when he won the Oscar for Best Original Score and Best Original Song (which he shared with Will Jennings) for composing Celine Dion’s iconic belter My Heart Will Go On. The Titanic OST became the biggest-selling movie-score album of all time, selling an estimated 30 million units worldwide. Many stars have been sending their condolences over social media in the past 24 hours including Ron Howard. director of A Beautiful Mind, who tweeted “Brilliant Composer James Horner, friend & collaborator on 7 movies has tragically died in a plane crash. My heart aches for his loved ones”

Synopsis: During a manned mission to Mars, Astronaut Mark Watney is presumed dead after a fierce storm and left behind by his crew. But Watney has survived and finds himself stranded and alone on the hostile planet. With only meager supplies, he must draw upon his ingenuity, wit and spirit to subsist and find a way to signal to Earth that he is alive.

The last couple of years has seen a flurry of science fact-esque/science fiction films with 2014’s Interstellar from Christopher Nolan and 2013’s Gravity from Alfonse Cuarón showing that “real” life science survival stories have a huge market and soaring box office results. So in stomps the rather unsubtle foot of Ridley Scott with the trailer for The Martian which pits Matt Damon and a load of science against the planet Mars.

Capitalising on the internet’s infatuation with the likes of Bill Nye, Neil deGrass Tyson and Brian Cox, The Martian may prove another success story as even NASA have given somewhat of a backing to the logic in the trailer. It is a pity they could not step in whilst Scott was making a total balls of the Alien universe in Prometheus.

The film is based on the bestselling novel of the same name by Andy Weir and boasts a great cast including Jessica Chastain, Kristen Wiig, Kate Mara, Sebastian Stan, Jeff Daniels and Sean “I Die In Everything I’m In” Bean.

The Martian is due out in October.

Synopsis: In Mexico, Sicario means hitman. In the lawless border area stretching between the U.S. and Mexico, an idealistic FBI agent is enlisted by an elite government task force official to aid in the escalating war against drugs. Led by an enigmatic consultant with a questionable past, the team sets out on a clandestine journey forcing Kate to question everything that she believes in order to survive.

Coming from the man tasked with directing the new Blade Runner film, every move Denis Villeneuve makes is under a more magnified spotlight. In fairness his previous outings (Prisoners, Enemy, Incendies) have all been pretty remarkable and the trailer for his latest, Sicario, seems to follow this rich vein of dark and intelligent storytelling fused with a moody and unflinching shooting style from hero cinematographer Roger Deakins.

Having already premiered at this years Cannes festival to pretty strong reviews, Sicario may prove a break through leading role for Emily Blunt following her impressive and intriguing support roles in Rian Johnson’s Looper and the Tom Cruise vessel Edge of Tomorrow. Benicio Del Toro has fluctuated somewhat since Steven Soderburg’s Ché films of 2008 so hopefully this will return him to form for a director on everyone’s radar.

Sicario is due out in September.

Films on TV this Week 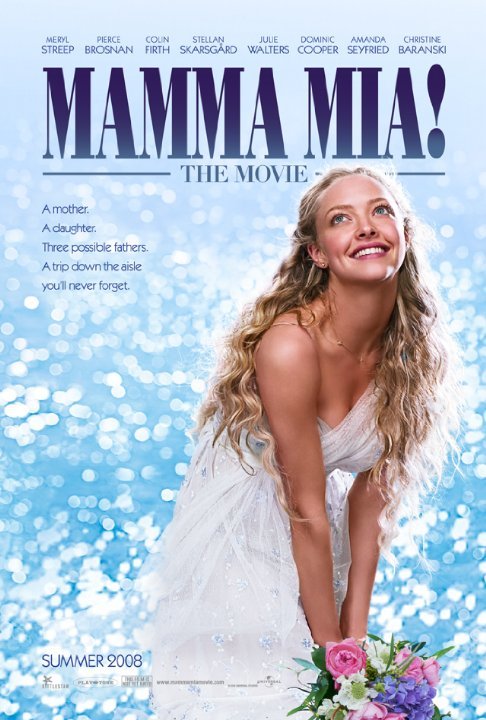 The story of a bride-to-be trying to find her real father told using hit songs by the popular ’70s group ABBA.

With Mamma Mia being the “best” film on TV this Wednesday night how about going outside and staring at a shovel for a while, or pushing a rock around the place with your foot, or maybe checking if all the chairs in the house are squeaky or not. Really… Wednesday is not a good night for movies… unless you are an Abba fan I guess. 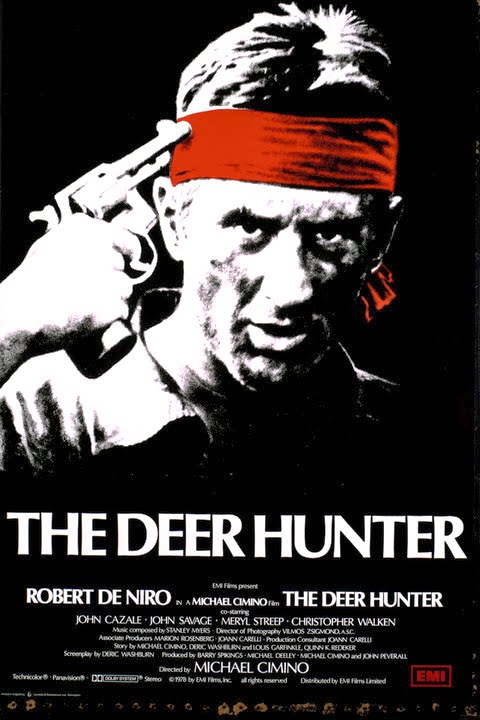 An in-depth examination of the ways in which the U.S. Vietnam war impacts and disrupts the lives of people in a small industrial town in Pennsylvania.

This seminal anti-war film might be rather long (183 mins) but it features undeniably brilliant turns from Robert De Niro, Meryl Streep and the Oscar winning Christopher Walken. Director Michael Cimino never quite repeated the brilliance of The Deer Hunter but it did bag him an Oscar. 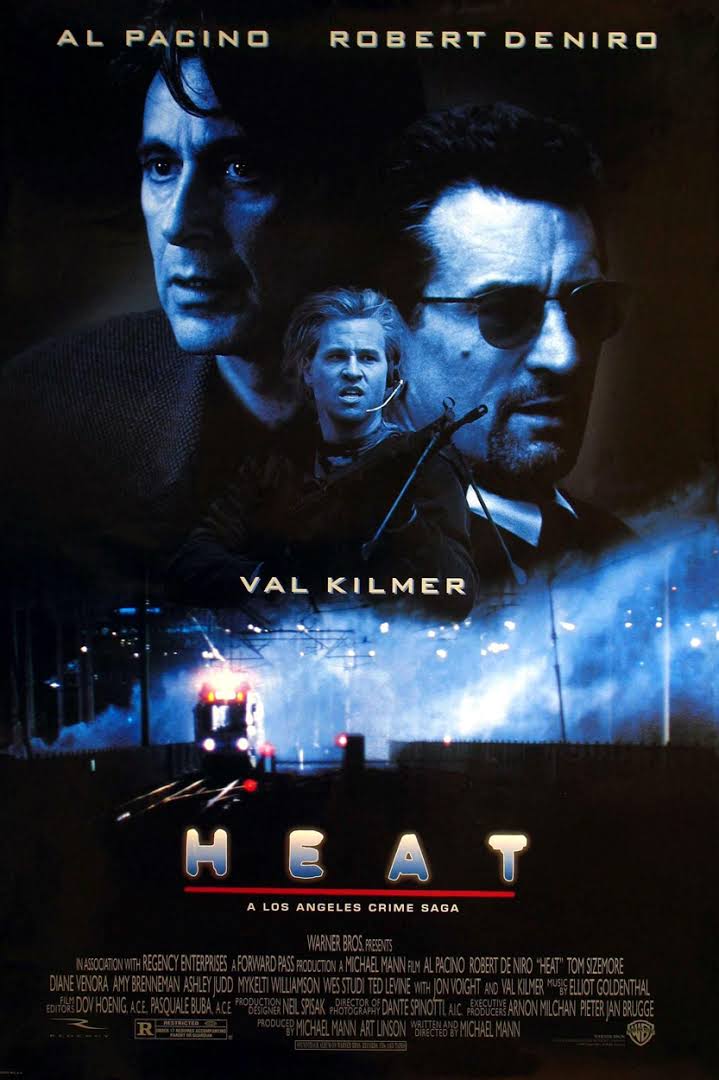 A group of professional bank robbers start to feel the heat from police when they unknowingly leave a clue at their latest heist.

Like Michael Cimino above, Heat director Michael Mann never quite lived up to the stylish hype he created with this engrossing and hypnotic action thriller which features one of the greatest shootouts in recent cinema history. De Niro and Pacino finally share a screen together and Heat may well feature as one of their finest swansong films. 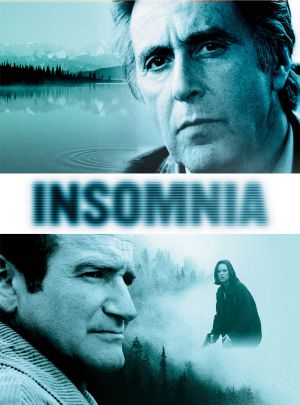 Two Los Angeles homicide detectives are dispatched to a northern town where the sun doesn’t set to investigate the methodical murder of a local teen.

The late Robin Williams steals the screen as the creepy author Walter Finch in Christopher Nolan’s follow up to the brilliant Memento which also features Al Pacino being Al Pacino. A remake of a Norwegian film from 1997, Insomnia would lead Nolan to the helm of the Dark Knight series and the rest is history. 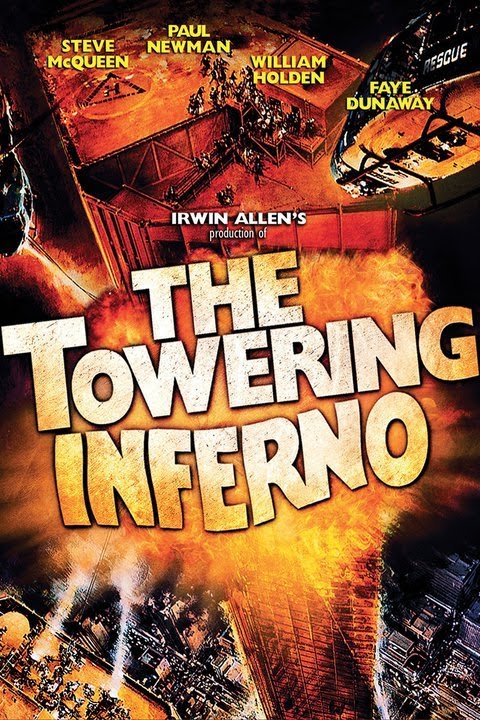 At the opening party of a colossal, but poorly constructed, office building, a massive fire breaks out that threatens to destroy the tower and everyone in it.

What a wonderful way to pass a lazy Sunday afternoon. The Towering Inferno is a great disaster film starring Steve McQueen and Paul Newman as the brave men tasked with stopping an inferno in a tower. Pretty self explanatory really. There is also some panicky idiots and shrieking. Great stuff altogether.

From Panel To Projection Booth |4| – Tarnished Silverware: The Birth of the Bronze Age