The Showreel | 28 [Featuring Ant-Man, The Revenant and Joy]

Our weekly round up of film news and trailer reviews features some money making ants, a potential Oscar for Leo and 5 movies worth watching this week on the oul tellybox… It’s The Showreel! 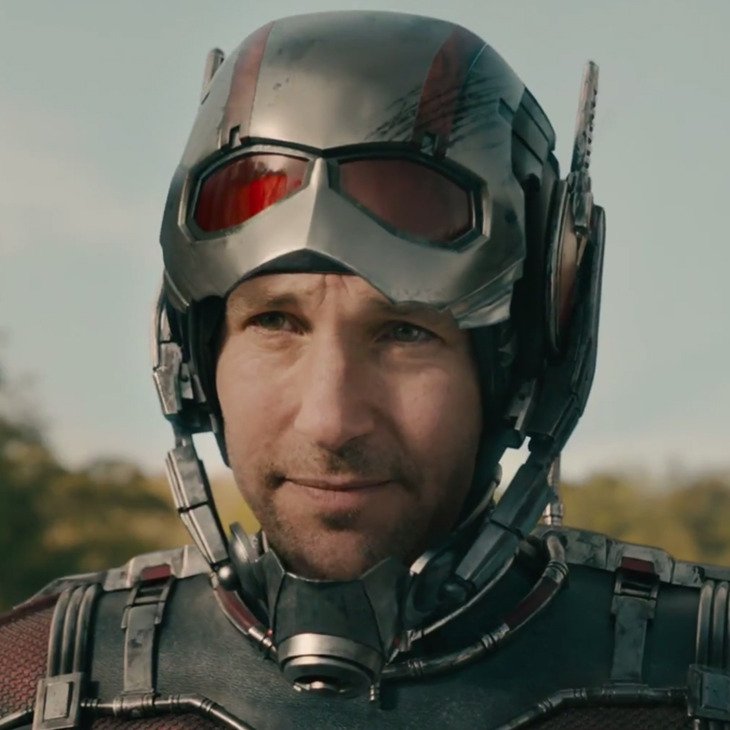 The latest Marvel offering Ant-Man has topped the box office on its opening weekend taking in nearly $57 million across the water. Amazingly this is the 12th consecutive Marvel superhero movie to top the box office after its opening weekend, however it is the lowest box office return for a Marvel movie since Ed Norton’s somewhat misfiring The Incredible Hulk from 2008. It is still a beautiful amount of money but considering Avengers: Age of Ultron took in $191 million, it is probably not quite the opening the studio execs wanted.

I caught the film over the weekend and while it is very funny and visually impressive, it lacks any real character depth with the villain Darren Cross (played by House of Card‘s Corey Stoll) being one of the most 2D characters to grace the Marvel screen over the past number of years. It is this lack of grace and subtlety, which was far more evident in the character traits found in Captain America: The Winter Soldier and Age of Ultron, that makes Ant-Man more routine that robust. Paul Rudd is charming and as affable as usual, but the story is not that well developed and hits all the obvious points without pushing any envelopes. It really is the great comedic moments pushed by the likes of Rudd and Michael Pena that rescue Ant-Man from mundanity. Ant-Man is in cinemas now. Have a look at the trailer here.

“In the 1820s, a frontiersman, Hugh Glass, set out on a path of vengeance against those who left him for dead after a bear mauling.”

Off the back of picking up numerous Oscars for last year’s Birdman, director Alejandro González Iñárritu returns with this dark and violent frontier drama starring Leonardo Di Caprio as Hugh Glass. Di Caprio is, of course, straight off the back of not winning another Oscar and many see his collaboration with the Birdman and Amores Perros director as a great opportunity to finally bag a golden statue. It also stars Tom Hardy who seems to be in everything these days, and rightly so. He continues to grow into a star actor with wide appeal.

Based on the true story of Glass’ tale of survival, the film looks spectacular, with famed Oscar winning cinematographer Emmanuel Lubezki (Birdman, Gravity) returning to work with Iñárritu and shooting with as much natural light as possible. Expect plenty of long one take shots.

The Revenant is due for release in January 2016 and will be primed for Oscar buzz from here on in.

“Joy is the story of a family across four generations and the woman who rises to become founder and matriarch of a powerful family business dynasty.”

David O. Russell’s latest actor-centric showpiece is about the life of Joy Mangano, the inventor of the Miracle Mop. Bit of a change of pace from the likes of Three Kings and American Hustle  but a job is a job I guess. In fairness though, it does look like it will be filled with the acting prowess we have come to know from Russell’s previous films which have racked up a hugely impressive number of Oscar nods for their actors including Russell favourites Jennifer Lawrence, Bradley Cooper and Robert De Niro who were all nominated for Silver Linings Playbook, with Lawrence collecting the award. In all, his last three films, American Hustle, Silver Lining Playbook and The Fighter, have been nominated for 25 Oscars. And like The Revenant above, it seems Joy might well be hotly tipped for more Oscar buzz in 2016.

The trailer looks great and shows Lawrence as the powerful independent female character that initially brought her to fame in the brilliant Winter’s Bone from 2008. It is also great to see a director pulling great performances from Robert De Niro in the twilight of his career where recent choices have shown he is not over interested in delving into the depths of his characters like he did with Travis Bickle and Jake La Motta. It also features Edgar Ramirez, who plays Bodhi in the new Point Break, who I commented on as an average actor in a previous installment of The Showreel. Well, if you’re reading this Edgar, and I assume you are, let’s hope you prove me wrong. Now, there’s a life goal we can all aspire to.

“After spending two decades in England, Bill Bryson returns to the U.S., where he decides the best way to connect with his homeland is to hike the Appalachian Trail with one of his oldest friends.”

Based on Bill Bryson’s brilliant memoir from 1998 A Walk In The Woods is due for release in September having already premiered at Redford’s Sundance Film Festival earlier this year to mixed reviews. While the trailer does make it seem like a run of the mill journey of discovery vibe filled with corny sentiments such as “they went searching for the Appalacian trial, but all they found were themselves”, I hope that Bryson’s great and acute perspective on the world around him may influence the screenplay and deliver the same sense of fun and intelligence found in the source material. Both Redford and Nolte have produced great recent performances in All Is Lost and Warrior respectively so regardless of their age, both leads are still delivering outstanding performances. The rest of the cast is pretty impressive too with Emma Thompson, Nick Offerman (Parks and Rec), Mary Steenburgen (Back to the Future Part III), and Kristen Schaal (Flight of the Conchords). 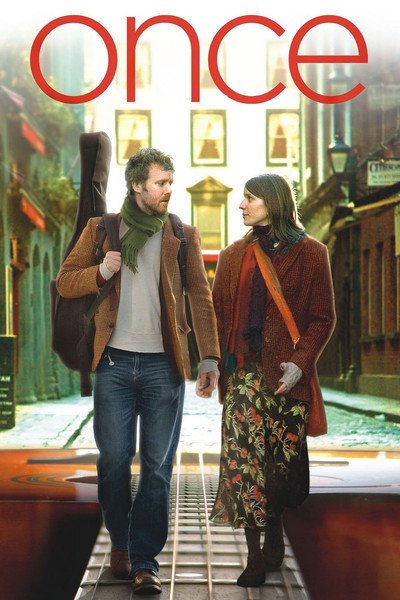 A modern-day musical about a busker and an immigrant and their eventful week in Dublin, as they write, rehearse and record songs that tell their love story.

Director John Carney brought this unexpectedly sweet story to our screens nearly 10 years ago and who would have thought it would have won an Oscar before being turned into a hugely successful Broadway show (which is currently playing in Dublin)? The handheld, shabby and naturalistic camera style perfectly fits the story of Glen Hansard’s character as he busks around Dublin City. 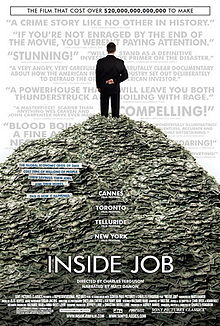 Takes a closer look at what brought about the financial meltdown.

Charles Ferguson (No End In Sight) directs that Oscar winning documentary which details in great simplicity, the inner workings of what caused the global financial crisis in 2008. Leonardo Di Caprio narrates this riveting film that is both infuriating and unbelievable, but essential viewing in understanding the reasons why we cant have nice things. 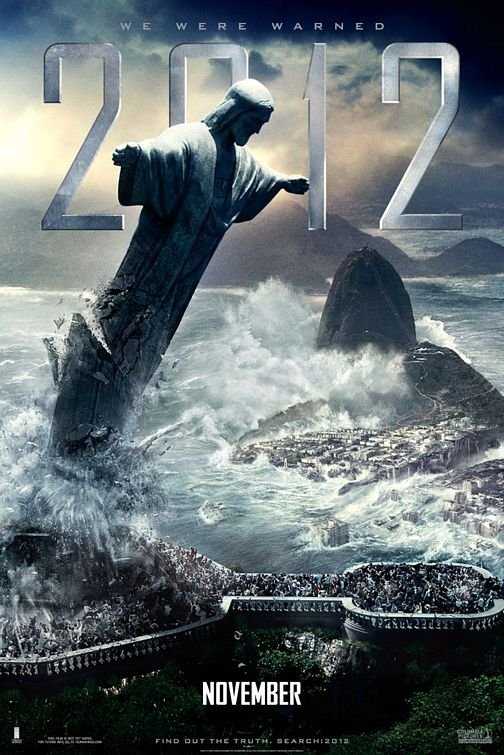 A frustrated writer struggles to keep his family alive when a series of global catastrophes threatens to annihilate mankind.

WATCH. SHIT. BLOW. UP. ‘Nuff said. There’s really not much else to it. 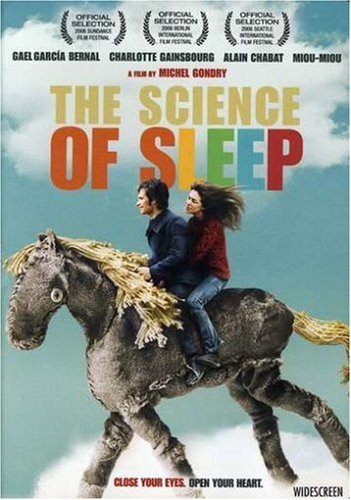 A man entranced by his dreams and imagination is love-struck with a French woman and feels he can show her his world.

Michel Gondry has made some wonderfully visual and imaginative film, using his skills as a music video director to hone a unique and creative style with Eternal Sunshine of the Spotless Mind and Be Kind Rewind being well known examples. The Science of Sleep stars Gael Garcia Bernal and Charlotte Gainsbourg against a backdrop of cardboard and wonderful colour. 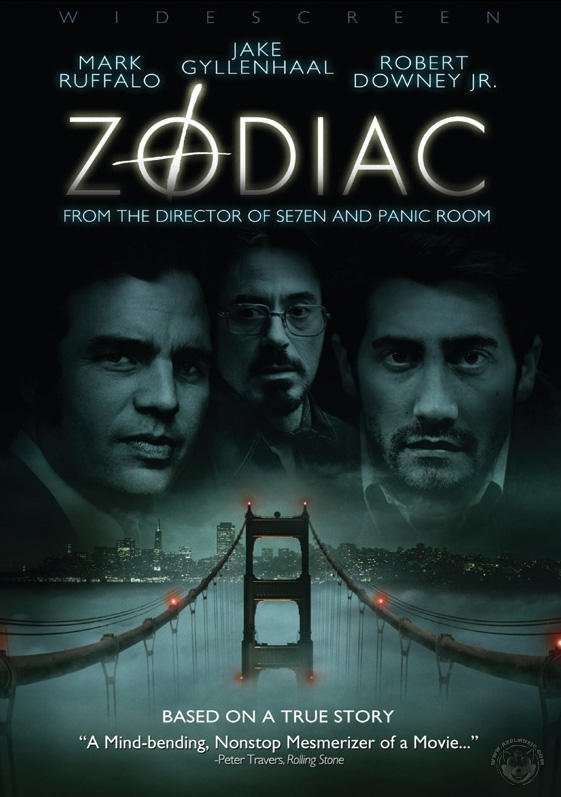 A San Francisco cartoonist becomes an amateur detective obsessed with tracking down the Zodiac killer.

One of David Fincher’s finest films and up there with some of the greatest and most immersive serial killer dramas of the past 30 years, Zodiac initially surprised many with how slow paced and thoughtful it was. It is a film about obsession and patience and the more you watch it the more intriguing it becomes. Jake Gyllenhall and Robert Downey Jr. star.