It is that time again when we throw all the movie-world news down your throat in the nicest way possible – like with ice-cream or something. We have news, trailers and plenty of films for you to catch at home over the next week. You don’t even have to leave the house, we are that kind. It’s The Showreel…

Colin Farrell joins the cast of Harry Potter Spin Off 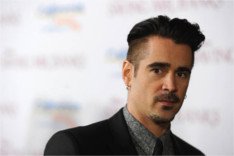 Colin Farrell will join Oscar winner Eddie Redmayne (The Theory of Everything) on the bill for big-screen adaptation of JK Rowling’s Fantastic Beasts and Where to Find Them. Under the pseudonym of the fictitious author Newt Scamander, Rowling released the Hogwarts textbook in 2001 with 80% of the cover price going to Comic Relief. The movie, while in pre-production, will be helmed by David Yates who is no stranger to the world of Harry Potter and will be penned by none other than JK herself. Set 70 years before our lightning-scared hero even sets foot in the magical school the film follows the adventures of Scamander (Redmayne) and his band of witches, wizards and all the fantastical creatures they come across.

There is a PEZ movie in the works, for some reason. 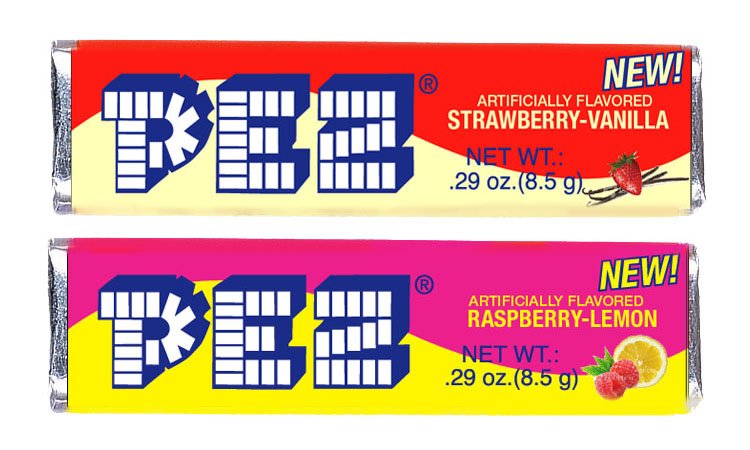 Envision Media Arts announced this week that they have struck a deal with the candy company to make a feature length animated film revolving around the sweet-dispensing phenomena. On the go for nearly 90 years, PEZ have been a piece of pop culture for many people of all ages. I don’t think this will have nearly the same appeal that the Lego Movie had and I don’t really see the point.

The screenplay is with Cameron Fay at the moment who penned Brother in Laws, starring Gillian Jacobs (Community) and Bill Pullman (Independence Day), his first feature length project. We will have to wait to see if this transpires to be anything more than a marketing ploy, at least the PEZheads will go to this.

A young man’s political awakening and coming of age during the days and weeks leading up to the Stonewall Riots.

Ronald Emmerich, better known for his big action blockbusters (Independence Day, The Day After Tomorrow, 2012) of which many are quite terrible, directs the story of the lead up to one of the most pivotal moments in American LGBT history; the Stonewall riots.

During the 50s and 60s the LGBT community of Greenwich Village, NY had to deal with an anti-gay legal system, a stringent and abusive police force and nowhere to call home. The movie follows Danny (Jeremy Irvine) as he tries to integrate into the community after leaving home and with new found friends, Trevor (Jonathan Rhys Meyers) and Ray Castro (Jonny Beauchamp) and discovers the world of the gay bar scene. Amongst police raids and harassment, the LGBT community are forced to stand up for their rights and in June of 1969 the Stonewall riots began.

Irvine impressed many with his breakout role in Spielberg’s War Horse and looks to cement his rise in Hollywood. Beauchamp too is a relative newcomer to the scene as he looks to bounce off his role of Angelique in the TV series Penny Dreadful. Along the same vein of Selma, this movie looks to put a key turning point in the fight for equality on the big screen.

The screenplay is written by Jon Robin Baitz. Baitz has nearly one hundred episode of the long running series Brothers & Sisters under his belt (which dealt heavily in LGBT issues) and is just after finishing up with the impressively casted TV mini-series The Slap starring Brian Cox, Melissa George, Thandie Newton, Zachary Quinto, Peter Sarsgaard and Uma Thurman.

If Emmerich can let the story do the talking and refrain from adding additional CGI catastrophes to the mix this film could ooze the same amount of passion and intensity that Ava DuVernay pulled off with Selma.

A modern-day story about the boundless love between mother and child; young Jack knows nothing of the world except for the single room in which he was born and raised.

There is a whole lot of hype surrounding the latest film from Dublin born director Lenny Abrahamsom. Based of an international best-seller, of the same name, by Emma Donoghue who is also Irish. Yay, go Ireland.

I haven’t read the book although I have a reliable source that says it is great and should definitely make a great movie. With the book author writing the screenplay and the brilliant Abrahamson at the helm, it is off to a great start. Abrahamson’s work in the past, Adan & Paul, What Richard Did and Frank have all shown the directors quality as well as an ability to work from adapted material.

Portraying the mother, just known as Ma, Brie Larson is set to make a name for herself after mainly working as a comedic actress in such films as 21 Jump Street and Trainwreck along with short stints in TV shows Community and The League. Making the transition to “serious” films can sometimes be a challenge but it is a sign of a great actor when they can switch seamlessly between genres, so here is hoping Larson can do just that.

The film will undoubtedly stir up memories of the Fritzl case from back in 2008 and other haunting stories throughout the years (and maybe a few Criminal Minds episodes too). With an evocative story and a talented director, the bar is set high for this drama. 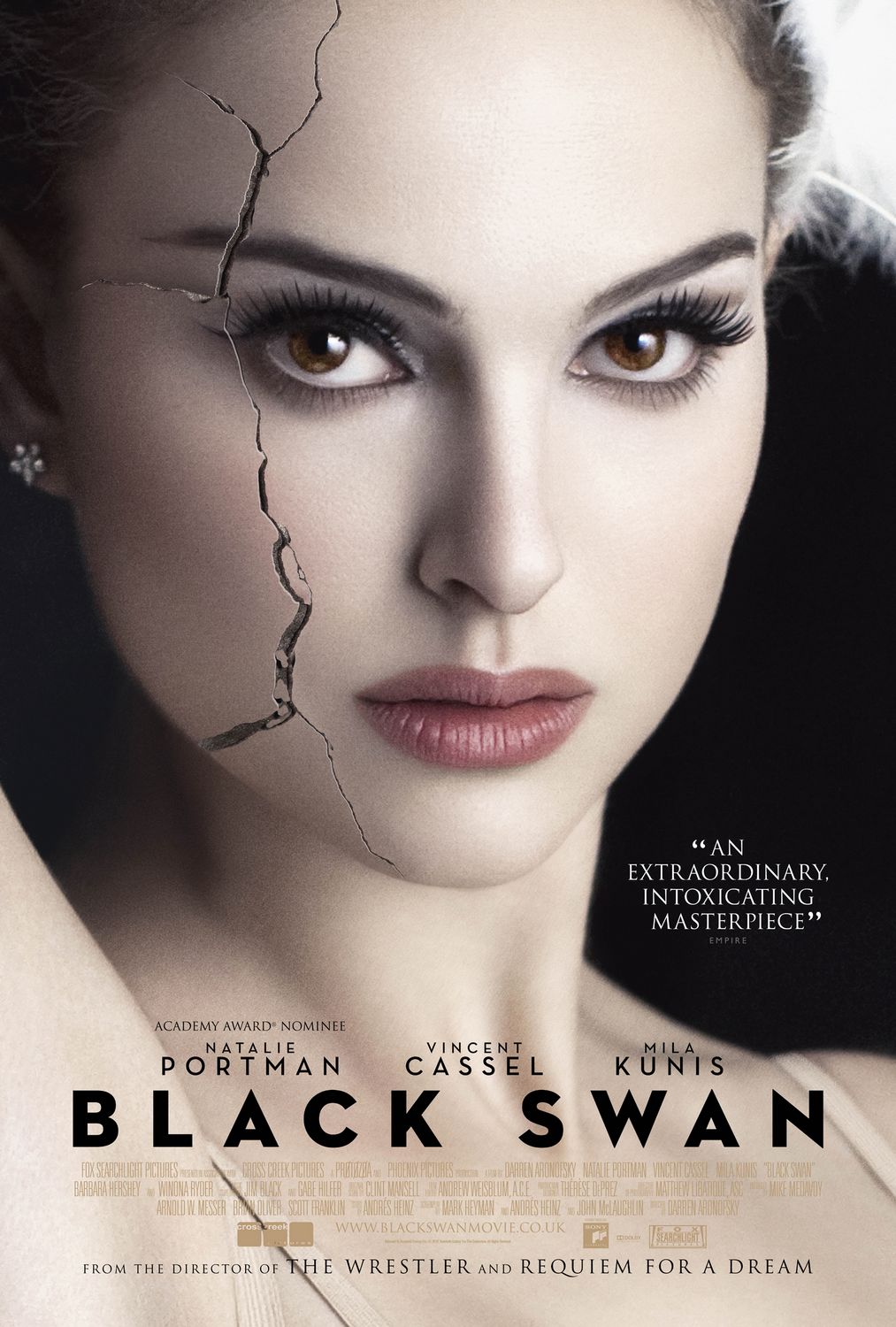 A ballet dancer wins the lead in “Swan Lake” and is perfect for the role of the delicate White Swan – Princess Odette – but slowly loses her mind as she becomes more and more like Odile, the Black Swan.

Darren Arnofsky’s creepy tale of a ballet dancer’s battle with perfection, acceptance and jealousy. Black Swan is a bit of a mind fuck and the stellar cast of Natalie Portman, Mila Kunis and Vincent Cassell are all on point. This is a brilliantly twisted tale that is sure to make you check for feathers next time you are in the shower. 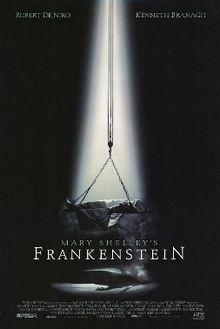 When the brilliant but unorthodox scientist Victor Frankenstein rejects the artificial man that he has created, the Creature escapes and later swears revenge.

One of the forgotten great performances by DeNiro, this ’94 version of the horror classic is steeped in atmosphere and brilliant performances. A truly underrated telling of the famous tale, Kenneth Branagh lends his talents in front of and behind the camera as he directs and plays the mad doctor himself. 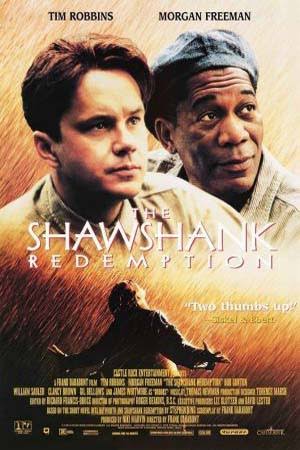 Two imprisoned men bond over a number of years, finding solace and eventual redemption through acts of common decency.

If you haven’t seen this film yet you are not allowed to go out on Saturday, I’m sorry but I’m putting my foot down. If you have seen it, you’ll probably be better off staying in anyway and watching it again. Regarded as one of the greatest films of all time this jailbreak, buddy-prisoner movie is one of those that never gets old. 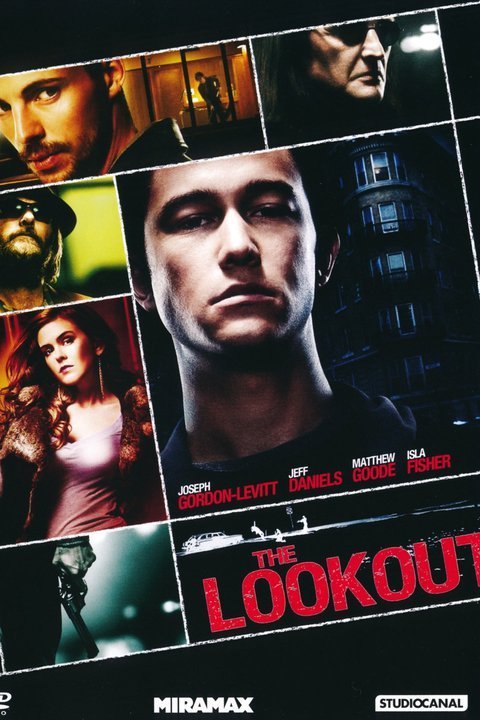 Chris is a once promising high school athlete whose life is turned upside down following a tragic accident. As he tries to maintain a normal life, he takes a job as a janitor at a bank, where he ultimately finds himself caught up in a planned heist.

I caught this randomly one late night a few years ago and I had never heard of it. I also have not heard of it since, which is odd because it stars Joseph Gordon-Levitt. Anyways it’s the story of a guy (Gordon-Levitt) who after suffering an accident is just getting by, working as a janitor in a bank. He finds himself wrapped up in a bank heist and things go a bit mental. Well worth the watch. 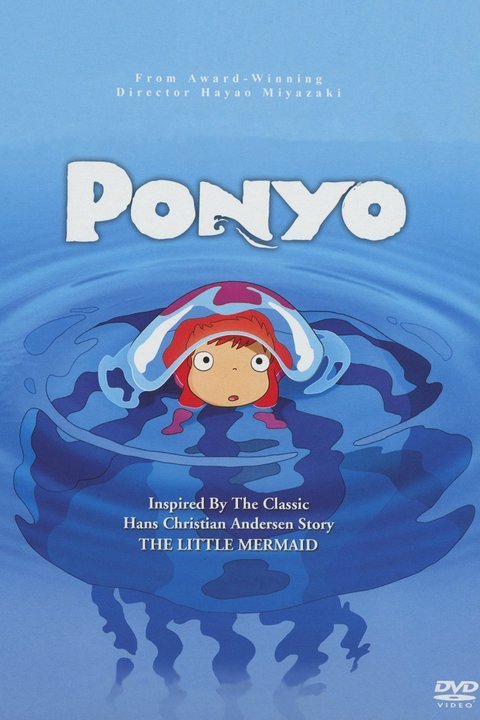 An adventure about a five-year-old boy and his relationship with Ponyo, a goldfish princess who longs to become a human after falling in love with him.

From the magical world of Miyazaki and Studio Ghibli. I am a huge fan of Ghibli and Ponyo is one of the cutest films you will ever see. It tells the story of a young poor and his relationship with a goldfish princess, who falls in love with the boy. There is beautiful animation throughout and I’d recommend pulling a sickie and watching this with the kids, or your blanket, or whatever.