Our weekly round up of film news and trailer reviews features even more Star Wars info, a scary trailer with Harry Potter in it, and all the best movies on the TV over the weekend and beyond. It’s The Showreel

Disney have released extensive cast details and a set photo at their version of comic-con – D23 – for the upcoming Star Wars spin-off film, Rogue One: A Star Wars Story, interestingly dropping the previously used term “anthology” from its title. Director Gareth Edwards will take the lead on this story having previously brought us the subtly brilliant Monsters and the unsubtly average Godzilla. The story is set before the original Star Wars film and will follow Jar Jar Binks on his first day of school. I jest, I jest… it tells the story of the rebels who lead the fight to get the plans for the Death Star that Luke Skywalker and Co. so successfully blew the shit out of a long time ago in a galaxy far, far away. It might seem redundant to suggest that we already know that these rebels will succeed in their mission considering how blown up the Death Star got, but that serious looking chick in Rebel Allinace head office did lament that “many people lost their lives to bring us these plans”, so I guess there’s that.

Told from Igor’s perspective, we see the troubled young assistant’s dark origins, his redemptive friendship with the young medical student Viktor Von Frankenstein, and become eyewitnesses to the emergence of how Frankenstein became the man – and the legend – we know today.

Apart from the completely unnecessary intro from the stars of Victor Frankenstein, James McAvoy and Daniel Radcliffe (who HILARIOUSLY got their own names mixed up… so funny… it reminded me of when Hans Moleman gets hit in the groin with a football), the trailer released this past week by 20th Century Fox shows a glimpse into what will, undoubtedly, be a widely publicised media and marketing campaign to try and get people interested in the famous Gothic tale of Frankenstein, amongst the swarm of superhero movies eating up precious box office screen time.

A film like this will be hinged on two things; a chemistry between the two leads, and a visual grace befitting the source material; Mary Shelly’s famous novel. Firstly, the design and realisation of the times looks pretty darn good, with a fine blend of dark, steampunk-esque set pieces along with a wry sense of humour. Scottish director Paul McGuigan takes the helm having previously brought us the forgettable Lucky Number Slevin and Wicker Park (it was a time when Josh Hartnett was tipped for great things). It has been 22 years since Kenneth Branagh brought us the last big screen version of the story, and it will be interesting to see if McGuigan can impose his own style on what seems to be, in essence, a studio picture.

As for the leads… judging by the horrendous intro before the trailer this will be a shit-storm of feigned chemistry throughout the press tour (watch them on Graham Norton and see) but both are decent actors and can pull it off. Radcliffe is still fighting to release himself from the Harry Potter mould while McAvoy seems desperate to land a role he thinks he can win an Oscar for. He cant and he wont. Wow, I’m super-cynical about this film… apologies to you Victor Frankenstein.

In post-Civil War Wyoming, bounty hunters try to find shelter during a blizzard but get involved in a plot of betrayal and deception. Will they survive?

Tarantino’s eighth film The Hateful Eight is only a few months away, and the first in depth trailer was released last week and looks very… Tarantino! We presented a list of Tarantino films ranked from worst to best this week here on HeadStuff and it is very evident from the comments that everyone disagrees with each other and there is love for all his work across the board. For me, I find myself drawn to Inglorious Basterds and Django Unchained more so than some of his earlier work and it seems that The Hateful Eight will continue Tarantino’s exploration of men against the backdrop of American culture, while acknowledging the work of some of his heroes of film making, notably here Sergio Leone and John Ford. In fact Tarantino has employed the magical Ennio Morricone to compose the score, having worked on the likes of The Good, The Bad and The Ugly and Once Upon A Time In The West with Leone in the past. He also did Inglorious Basterds and Django by the way.

The cast is great and it will surely be filled with the dialogue styles and visual cues noted in all Tarantino work. Being a huge Western fan, I am just glad to see some of these stories on the big screen, so regardless of what my thoughts on Tarantino’s constant imitative style, I will be very interested in seeing this in glorious 70mm. Speaking of Westerns, check out Slow West… it’s bloody fantastic.

5 Films on Your TV this Week 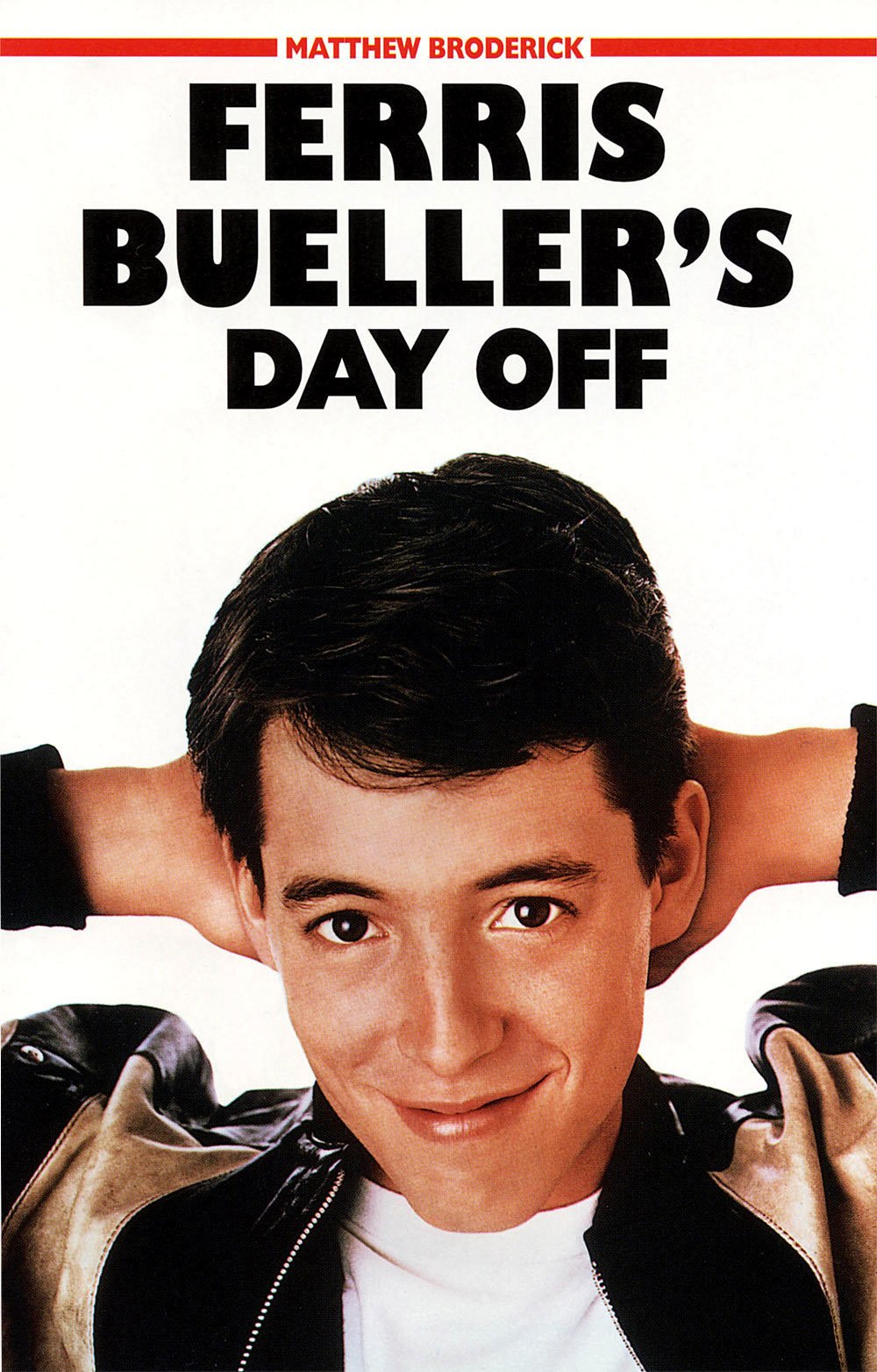 A high school wise guy is determined to have a day off from school, despite what the principal thinks of that.

Celebrate going back to school or college with this perfect high school film from legendary comedy director John Hughes who also brought us the likes of Planes, Trains and Automobiles and The Breakfast Club. Matthew Broderick plays the titular Ferris alongside Alan Ruck, Mia Sara and a brilliant Jeffery Jones as the enraged principal. 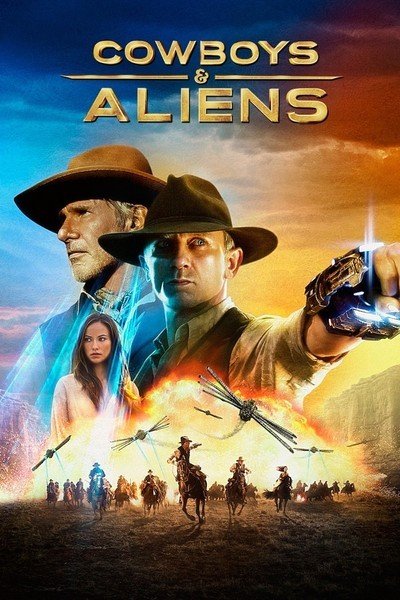 A spaceship arrives in Arizona, 1873, to take over the Earth, starting with the Wild West region. A posse of cowboys and natives are all that stand in their way.

Daniel Craig and Harrison Ford star in this fun, if somewhat contrived, blend of my two favourite genres – westerns and sci-fi. Coming from the Iron Man director Jon Favreau, it didn’t quite match his previous work in terms of nailing the humour but visually Cowboys and Aliens is as good as it could be. Olivia Wilde and Sam Rockwell also star. 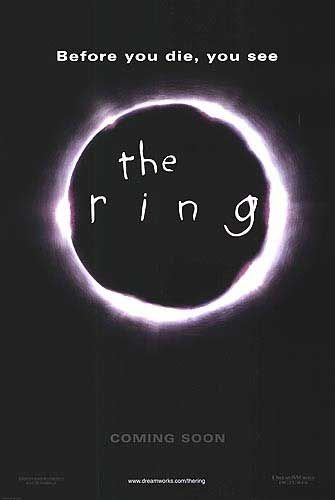 A journalist must investigate a mysterious videotape which seems to cause the death of anyone in a week of viewing it.

One of the original Japanese horror films to be remade for American audiences, The Ring holds as many thrills and jumps as the Japanese original, Ringu. and started a wave of Hollywood remakes which progressively got worse and eventually petered out. As horrors go there is better out there but this still stands head and shoulders above many. Naomi Watts stars. 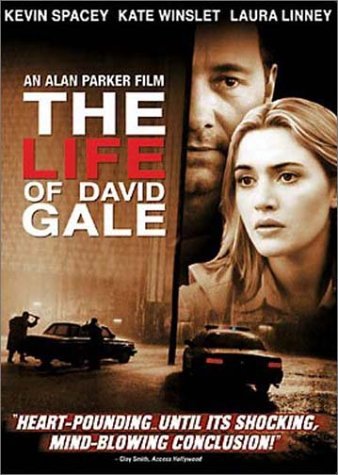 A man against capital punishment is accused of murdering a fellow activist and is sent to death row.

Raising many interesting arguments against capital punishment and featuring strong performances from Kevin Spacey and Kate Winslet, The Life of David Gale is a taut thriller filled with twists and turns, however it feels the hard nosed moral argument raised within the context of the action is aimed more at American audiences who live with the death penalty in many parts of the country. 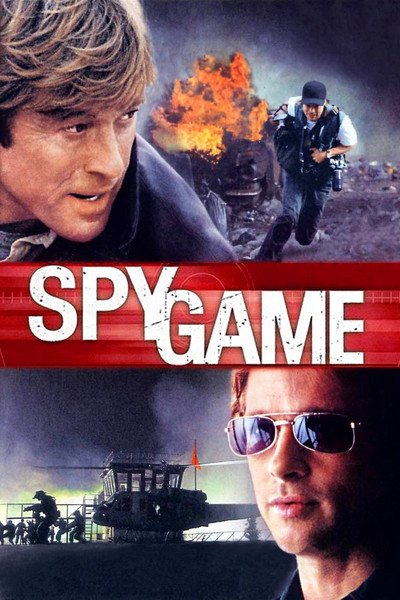 Retiring CIA agent Nathan Muir recalls his training of Tom Bishop while working against agency politics to free him from his Chinese captors.

The late Tony Scott directs this espionage thriller, and in Robert Redford and Brad Pitt it features two great performances which gloss over some of the loose storytelling in the erratic, non-linear timeline. While nowhere near the level of other Cold War thrillers such as Tinker, Tailor, Soldier, Spy or The Lives of Others, it is still an energetic and intriguing  spy thriller.

The Week on Twitter: The Rose of Tralee, Ashley Madison, & Calvin Harris

A Terrible Guide To Making Disgusting Burritos At Home