The Showreel | 32 [Featuring The Lobster and Concussion]

The 72nd Venice Film Festival is underway running from the 2nd of September to the 12th and features a selection of both big name Hollywood features and smaller independent films including a Martin Scorsese short film, The Audition (with Leonardo Di Caprio and Brad Pitt) and Tom Hooper’s The Danish Girl starring Eddie Redmayne in an Oscar tipped lead. Other films of interest include A War, Tobias Lindholm’s follow up to 2012’s fantastic A Hijacking, and Scott Cooper’s Black Mass starring Johnny Depp as Whitey Bulger.

Some early reviews from the festival are out and the Netflix original film Beasts of No Nation starring Idris Elba has earned some rave reviews. On the other hand the big screen blockbuster Everest has not been met with the same enthusiasm with mixed reviews for the story of the famous climbing disaster of 1997. Tom McCarthy’s Spotlight has been met with great praise and follows investigative journalists as they uncover scandals of child molestation in the Catholic church and stars Michael Keaton, Rachel McAdams and Mark Ruffalo.

Check out some trailers: Spotlight, The Danish Girl, Beasts of No Nation, Everest, A War, Black Mass

In a dystopian near future, single people, according to the laws of The City, are taken to The Hotel, where they are obliged to find a romantic partner in 45 days or are transformed into animals and sent off into The Woods.

This trailer is wonderfully odd, and coming from the director of Dogtooth it’s no surprise.

This is Greek director Yorgod Lanthimos’s first English language feature film and follows the wonderful and deeply unsettling (and Oscar nominated) Dogtooth, which tells the story of a three teenagers confined to their home by an over protective father, and Alps, which is about a group who are employed to impersonate dead people so their relatives can deal with their grief. If these films were an analysis of fear and death repectively, then The Lobster seems to be his take on love, and stars Colin Farrell and Rachel Weisz amongst a great cast.

The Lobster premiered at this year’s Cannes Film Festival where it was nominated for the Palm D’Or (beaten by Jacques Audiard’s Dheepan) and won the Jury Prize, and has garnered some great reviews ahead of its release next month. Visually, the desaturated colours and muted tones seem to facilitate the dark humour and unsettling nature of the story. Colin Farrell impressed recently in the unimpressive True Detective Season 2 as he looks to move away from the Hollywood mould he was being shunted toward.

The film was mostly shot around the village of Sneem, Co. Kerry and features a strong Irish crew, with Ed Guiney (The Guard, Frank, Glassland) serving as one of the producers. His influence on Irish film and his work with directors like Lenny Abrahamson has brought Irish cinema back on the map and it is great to see The Lobster emphasising his great work.

Will Smith stars in a dramatic thriller based on the incredible true David vs. Goliath story of Dr. Bennet Omalu, the brilliant forensic neuropathologist who made the first discovery of CTE, a football-related brain trauma, in a pro player.

Will Smith is back grinding his real acting gears after the fluff of previous outings such as Focus, After Earth and Men In Black 3. It is easy to forget that he has twice been nominated for Oscars, in Michael Mann’s Ali and The Persuit of Happyness, so it is refreshing to see him back in a role he can push himself in.

It is quite Oscar-baity and has already earned criticism about its portrayal of the NFL, and the highly controversial issue of serious head injuries in sport. It is not surprising considering the power and money involved in American sport and all this criticism will only lead to more interest in the film which is due out just in time for the Oscars.

Coming from director Peter Landesman, Concussion will want to be a step up from the lacklustre Parkland, which he brought us a few years back, which misfired in bringing the dramatic events of the aftermath of the JFK assassination to the screen in an engaging story. While the subject matter here is similarly filled with contextual seriousness, it remains to be seen if the drama and tone of the trailer will be reflected on the big screen.

5 Films on Your TVs This Week 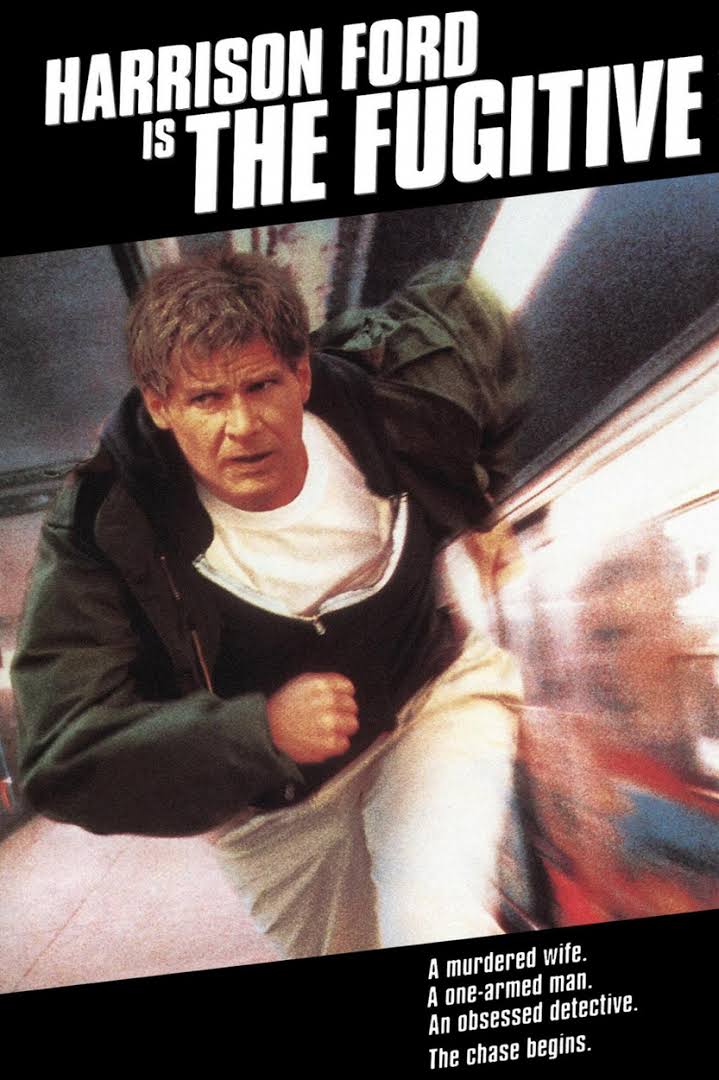 Dr. Richard Kimble, unjustly accused of murdering his wife, must find the real killer while being the target of a nationwide manhunt.

Based on the 1960s TV show, The Fugitive was a huge commercial and critical success upon its release 22 years ago. Harrison Ford stars as the fugitive in question, on the run from Tommy Lee Jones when he is accused of murdering his wife. It’s cheesy enough like, but might be a good way to distract you from the fact that you are not at Electric Picnic. 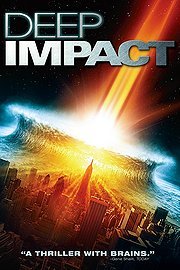 Unless a comet can be destroyed before colliding with Earth, only those allowed into shelters will survive. Which people will survive?

The Dante’s Peak to Armageddon‘s Volcano, this end of world disaster was over shadowed by Michael Bay’s loud and ridiculous Bruce Willis thrill ride. Deep Impact is actually the far superior film and brings a little credibility to the science of dealing with the end of the world. Elijah Wood, Tea Leoni and Morgan Freeman star. 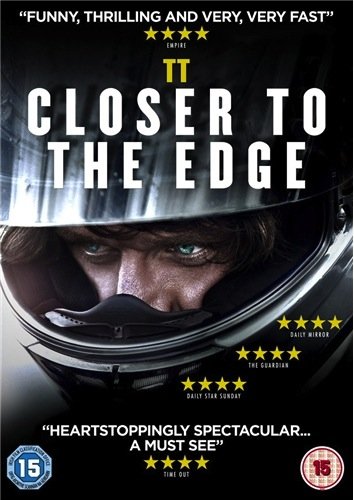 By vividly recounting the TT’s legendary rivalries and the Isle of Man’s unique road racing history, this 3D feature documentary will discover why modern TT riders still risk their lives to win the world’s most dangerous race.

As visually impressive as it is engaging, TT: Closer to the Edge is a superb documentary about the most dangerous motorcycle race in the world – The Isle of Mann TT. Racer Guy Martin shines with his ambition, humour and courage and it is timely considering he is currently recovering from a serious race accident which occurred a couple of weeks ago in Belfast. 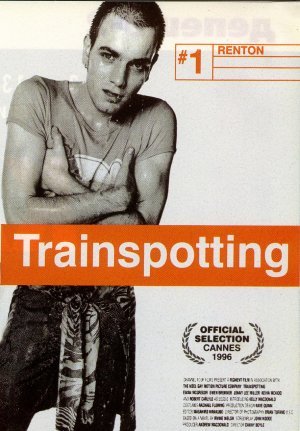 Renton, deeply immersed in the Edinburgh drug scene, tries to clean up and get out, despite the allure of the drugs and influence of friends.

Got the fear after Electric Picnic? Assuage your horrors with this light hearted romp about heroin, depravity, dead babies and the endless cycle of addiction. Seriously though it is strong stuff… good shit if you will, and 20 years old this year. Ewan McGregor and Robert Carlyle star. 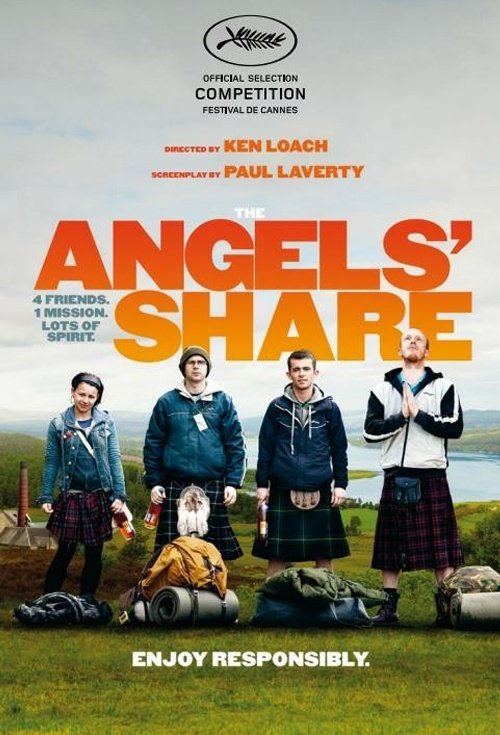 Narrowly avoiding jail, new dad Robbie vows to turn over a new leaf. A visit to a whisky distillery inspires him and his mates to seek a way out of their hopeless lives.

Ken Loach’s style of socially realistic film-making may not be for everyone’s tastes but there is no doubting his abilities to tell a story in an honest and heartfelt way. His collaboration with writer Paul Laverty is one of the best in the history of British cinema and The Angels’ Share looks at a group of whiskey lovers eyeing up a heist.

In Defence of Tyler, the Creator