The Showreel has been on hiatus for a few weeks but now we’re back! *cheering heard on far away hills* This week we will be looking at The Revenant, Knight of Cups and all the best flicks on your TVs this week.

Will The Revenant Bag Leo his First Oscar?

The early reviews are in for The Revenant and it seems this might just be the year for Leonardo Di Caprio to FINALLY win his first Oscar having been nominated for acting Oscars on four separate occasions. In reality I don’t think he really cares as much as the internet may think, but at least it provides some hilarious memes.

The film is directed by Oscar winning director Alejandro González Iñárritu (Birdman, Amores Perros) and tells the true life story of Hugh Glass (Di Caprio) who is abandoned by Tom Hardy and a group of frontiersmen after being attacked by a bear in early 19th century Dakota. The trailer looks amazing and by all accounts the filming process was as brutal as the finished project looks. Di Caprio himself stated in a Q&A after the early press screening that it was “the most difficult film, that any of us have ever done.”

The initial reaction from the screening was overwhelming positive for Di Caprio’s performance, however online film blogger Jeffrey Wells of Hollywood Everywhere has received a fair amount of backlash after stating that the film would be too tough for women. With a running time of 156 minutes and a production that was fraught with problems, a 9 month shoot in terrible conditions and supposedly only 90 minutes of shooting light per day, The Revenant might become a leading Oscar contender across the board despite everything. The film co-stars Tom Hardy and Domhnall Gleeson and is due for release in Ireland on 15th January 2016. Will it bag Leo his Oscar?

A screenwriter living in LA tries to make sense of the strange events occurring around him.

The release of any film by Terrence Malick is a wonderful thing. While not all were too impressed by his last offering, To The Wonder, and similarly with The Tree of Life, there is no doubting that Malick is a film maker with vision, thought, power and existential meaning layered into every frame. Knight of Cups will be released in Ireland on January 1st and continues his philosophical journey examining the human soul. Whether you do enagage with his somewhat indulgant form of film making or not, there is no doubting that his films are as visually beautiful as any film maker on the go. Cinematographer Emmanuel Lubezki (who also shot The Revenant) has worked with Malick on his last three films and Knight of Cups looks simply stunning. The cast is also hugely impressive (as with all Malick films) and inlcudes Bale, Portman, Blanchett along with Antonio Banderas, Wes Bentley, Teresa Palmer, Joe Manganiello, Haley Bennett, Imogen Poots, Joel Kinnaman, Jason Clarke, Nick Offerman, and Ben Kingsley.

Our resident comic book movie guru Paddy O’Leary took an in-depth look at this awesome looking trailer yesterday so check out his thoughts here. In fairness to Paddy it does look awesome, but I don’t quite share his passion for all things Marvel having found the recent offerings of Ant-Man and Avengers: Age of Ultron lacking anything resembling innovation or original thrills. This is the third Captain America film and will need to be very good to top the second instalment, The Winter Soldier, which is probably the best Marvel film to date.

A modern day adaptation of the ancient Greek play Lysistrata by Aristophanes, set against the backdrop of gang violence in Chicago.

The release of any Spike Lee joint is important, and usually met with some form of over hyped arguments or controversy. His last big budget release was the very disappointing and effectively unnecessary remake of Chan-wook Park’s Oldboy, starring Josh Brolin and Elizabeth Olsen. It was controversial because it was bad – which Spike Lee did not agree with. He was also accused of stealing poster designs, which he also did not agree with.

His latest film has already sparked controversy in Chicago where people are angry at the film’s title – Chi-Raq – a slang term from south side Chicago to describe the violent areas such as Englewood and is formed from an amalgamation of the words Chicago and Iraq. The film is based on the story of Aristophanes’ Lysistrata, a classic Greek comedy about women who withhold sexual privileges from their husbands in order to bring about negotiations to stop bloody wars ravaging the land. Confident in its theme, Spike Lee now reckons that sex strikes might become a common thing in America. I might be a left wing socialist but I say NO TO STRIKES (in this instance). The film comes at a very important time as feminism and women’s rights are high on many people’s agendas as we move, hopefully, towards a more equal society.

Also, how great is it to see Wesley Snipes back doing shit rather than avoiding taxes. Fair play to Wesley. Chi-raq looks fantastic and will be hitting our screens in the new year.

A gang of criminals and corrupt cops plan the murder of a police officer in order to pull off their biggest heist yet across town.

*Warning: the below is a Red Band trailer*

[youtu[youtube id=”W3wGaCBYw5M” align=”center” autoplay=”no” maxwidth=”750"]p>I’m a big John Hillcoat fan and it is interesting to watch his career as he moves from independent film maker to big budget Hollywood pictures. The Proposition is still one of the finest Westerns of the past 20 years and he followed that with The Road which is also superb (and on TV this week – see below). His first real Hollywood film was Lawless from 2012 and parts of it certainly felt constrained, with perhaps some studio execs holding a tighter reign on Hillcoat’s picture. Now he is back with Triple 9 and I purposefully added the Red Band trailer to this article as it certainly seems a truly brutal and viscous affair. I watched the Green Band trailer originally and felt it was a run of the mill heist / cop vs. badguy procedural but the Red Band shows a far more edgier and visceral picture of violence and horror. The cast is quality and Triple 9 is due for release in Ireland in February.

The Best Movies on the Box This Week 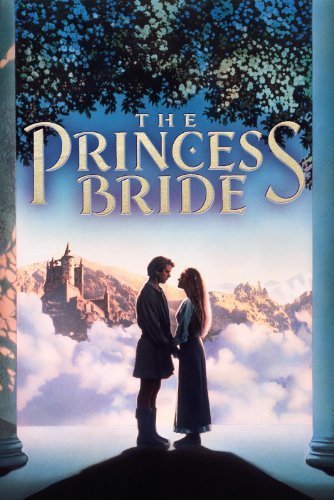 While home sick in bed, a young boy’s grandfather reads him a story called The Princess Bride.

Kick off the weekend with this classic kids film that isn’t really for kids at all cause just about everyone loves it and for good reason. The Princess Bride is heartfelt, full of adventure and hilariously hilarious with writer William Goldman adapting his own novel for the screen. Many claim that Goldman’s screenplay may in fact be the best screenplay of all time and considering this is from the guy who also wrote Butch Cassidy and the Sundance Kid, All The President’s Men and Misery it is no surprise. Cary Elwes and Robin Wright star. 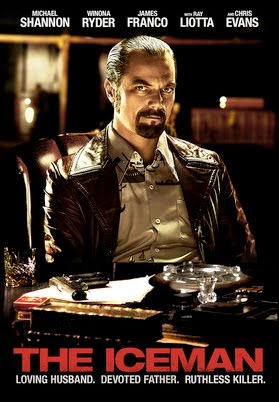 The story of Richard Kuklinski, the notorious contract killer and family man. When finally arrested in 1986, neither his wife nor daughters have any clue about his real profession.

Michael Shannon is one of those mesmerising actors that just eats the screen whenever he is on, with his furrowed brow and passionate eyes. His performances in Jeff Nicols’ Take Shelter, and Werner Herzog’s My Son, My Son, What Have Ye Done were staggering and in The Iceman he delivers another fantastic performance as the hit-man murderer living a normal suburban life. The film is often tough going but features a great cast including WInona Ryder, James France, Chris Evans and Ray Liotta. 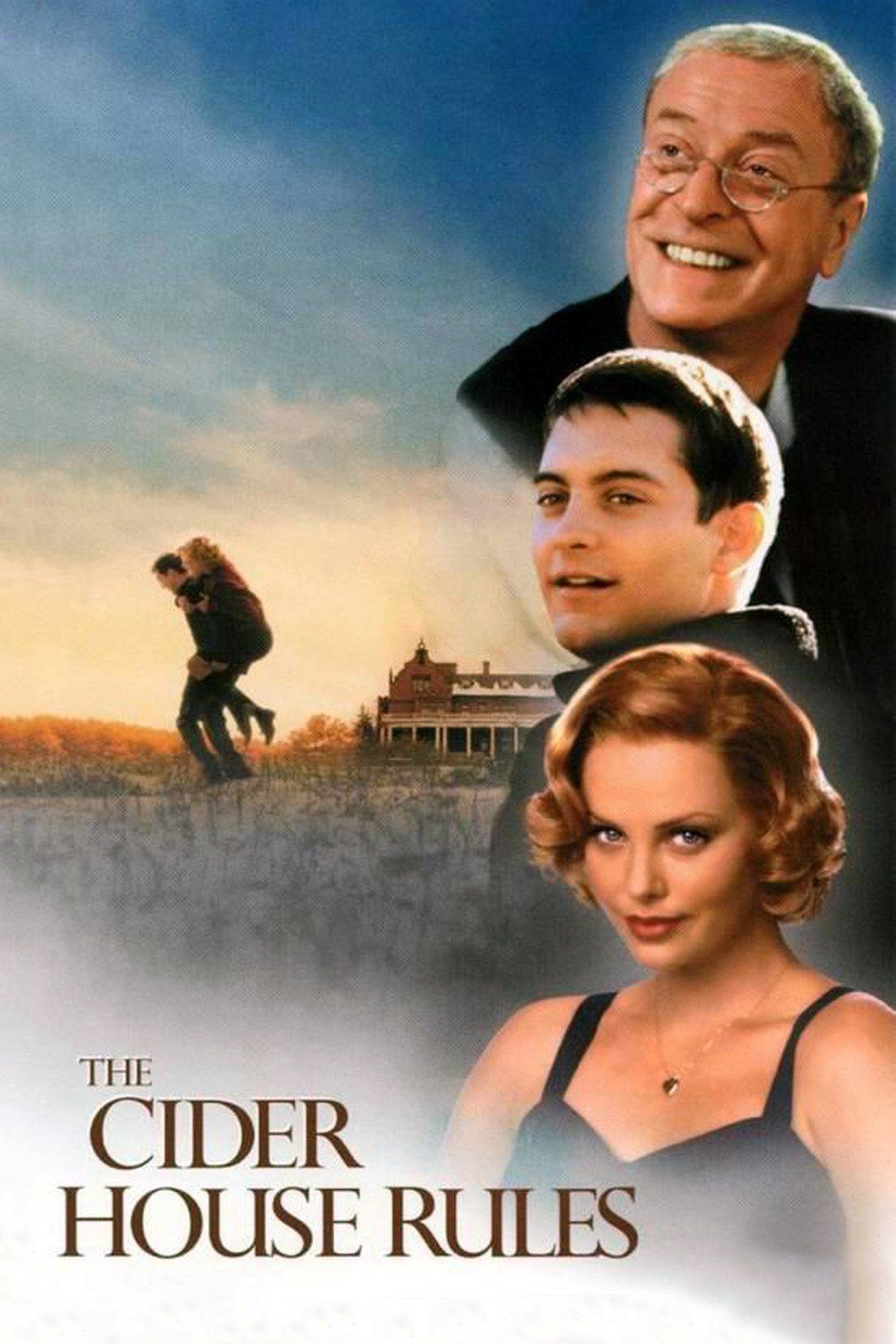 A compassionate young man, raised in an orphanage and trained to be a doctor there, decides to leave to see the world.

Based in the novel by John Irving, The Cider House Rules is one of those films that you have probably avoided for years or else you love it. Either way you should check it out this Sunday as it is filled with some great performances and some gold old timey charm. Incidentally, Irving won an Oscar for his screenplay, as did Michael Caine in his supporting role as Dr. Wilbur Larch. 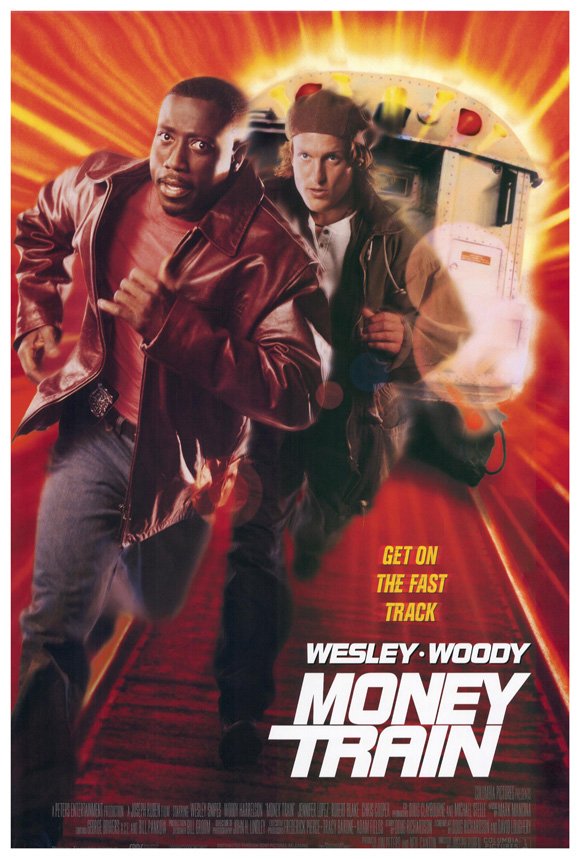 A vengeful New York transit cop decides to steal a trainload of subway fares; his foster brother, a fellow cop, tries to protect him.

Rocking a 22% rating on Rotten Tomatoes Money Train is a high octane ride to the wrong side of the tracks in this cop-turned-robber heist story that might be the perfect antidote to The Road featured below. It deserves its low RT rating because it is shite, but it is good fun shite and it is a quintessentially 90s action-er with Wesley Snipes and Woody Harrelson playing foster brother cops who try to ride the gravy train to easy town with a shed load of money. J-Lo and Chris Cooper also feature. 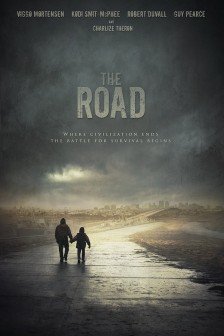 In a dangerous post-apocalyptic world, an ailing father defends his son as they slowly travel to the sea.

Get into the Christmas spirit with this Winterty tale of family bonds and, erm, cannibals. Okay, so it is not a seasonal treat, but rather a tough and bleak adaptation of Cormac McCarthy’s Pulitzer Prize winning post-apocalyptic novel starring Viggo Mortensen and a young Kodi Smit-McFee (who has grown into one of Hollywood’s most promising stars). The film is fantastic and perhaps one of the best adaptations of McCarthy’s work from the director of The Proposition, John Hillcoat.

The Poetic and the Artistic: Cave Paintings Exhibition