Our round-up of film news includes a look at the all-important Oscar Nominations, a trailer for a new Werner Herzog documentary as well as a look at Ben Wheatley’s highly-anticipated adaptation of JG Ballard’s High Rise. It’s The Showreel…

What a few days it has been, first came the shocking news that the majestic David Bowie had died, and now news has emerged that the great and wonderful Alan Rickman has also passed away at the same age of 69. Rickman died after a battle with cancer and is still due to appear in a number of films coming out later this year including Alice Through the Looking Glass – the sequel to Alice in Wonderland and Eye In The Sky.

Like many British actors of his style, he began in the theatre where he may just have perfected that awesome voice before moving into film, with his seminal role in Die Hard as arch villain Hans Gruber being one of his first big breaks. He followed that with his over-the-top and ridiculously brilliant Sheriff of Nottingham in Robin Hood: Prince of Thieves which cemented his stature as a great actor and perfect bad guy. Irish fans would see him as the divisive Eamon de Valera in Michael Collins before he appeared in the likes of Dogma, Galaxy Quest and Love Actually. One of his defining roles will be that of the conflicted Severus Snape in the Harry Potter series.

He always brought gravitas to every role he had, perhaps it was just that wonderful voice of his, but regardless of his role, he was universally loved. To me, he’ll always be Hans Gruber – intelligent, smooth, sophisticated, well-educated, hilarious and maniacal. It was Rickman’s perfect role. He is survived by his wife, Rima Horton, who he married on the quiet last year. May he rest in peace.

Actors are agents of change. A film, a piece of theatre, a piece of music, or a book can make a difference. It can change the world. – Alan Rickman

The Oscar Nominations are Here

On a sad day for film with the passing of Alan Rickman, there seems to be a silver lining for Irish cinema with the news that a number of Irish films and actors have scooped numerous Oscar nominations. The full list which was announced earlier today features 8 (yes, EIGHT) nominations for Irish cinema. Lenny Abrahamson’s Room leads the way with nominations for Best Picture, Best Adapted Screenplay for Emma Donoghue’s adaptation of her own novel, Best Actress for Brie Larson and Best Director for Lenny Abrahamson who has been making some of the finest Irish films of the past 10 years. Saoirse Ronan has also been nominated for Best actress in Brooklyn, which also scooped a Best Picture nomination. Michael Fassbender was also nominated for Best Actor for his portrayal of Apple founder Steve Jobs in Danny Boyle’s Steve Jobs. The Live Action short Stutterer, directed and written by Irishman Benjamin Cleary, was also nominated. It truly is wonderful news for the Irish film industry which has seen its funding cut by 40% since 2008. Hopefully this will inspire more investment in an industry that continues to excel and make some truly great work.

We’ll be taking a more in-depth look at all the major categories over the coming weeks but for now check out the full list of nominees here.
This years Oscars will take place on February 28th.

Life for the residents of a tower block begins to run out of control.
Directed by Ben Wheatley.
Starring Tom Hiddleston, Sienna Miller, Jeremy Irons.

There is something very exciting about a director like Ben Wheatley adapting a J.G. Ballard novel like High-Rise. British film maker Wheatley has established himself, on this side of the Atlantic anyway, as a director with a very big future due to his ability to bend genres and produce constantly interesting and surprising films. Kill List was his breakthrough film and is a thoroughly engrossing experience that descends from a kitchen sink drama to occult horror with no sense of being contrived or forced. His follow ups, Sightseers, a black comedy/horror about a loved up couple on a murderous caravan holiday in the English countryside, and A Field in England, a black and white English Civil War film on acid, were both thoughtfully varying in approach and delivery but further emphasised Wheatley’s ability to produce intelligent films seeped in originality.

With High-RIse, Wheatley gets the chance to adapt a seminal novel dealing with societal structures, isolation, technology, and violence. J.G. Ballard’s work has previously been adapted in David Cronenberg’s oddly fascinating Crash from 1996 and Steven Spielberg’s Empire of the Sun from 1987. Funnily, High-Rise seems to have the look and feel of a 1980’s Cronenberg film with its odd sepia tone mixed with the synth heavy droning backing track and talking television. Wheatley thrives in the unusual and unexpected and it will be interesting to see how American audiences react to his brave film making style. High-RIse, as “his first big American film” could be the perfect introduction to a fascinating story teller. High-Rise is out on March 18th.

Lo and Behold, Reveries of the Connected World

Werner Herzog’s exploration of the Internet and the connected world.
Directed by Werner Herzog.

Werner Herzog is perhaps one of the most complete film makers alive today and whether his films, both fiction and documentary, are good or average, they are undoubtedly interesting. Over the years, his documentaries have been consistently absorbing, probably due to his carefully wise narrations, and that perfectly peculiar accent which seems to flow through your ears and carpets over the neurons of your brain like a soothing fog of insightful meanderings and left-field musings.

The Best Films on TV This Week 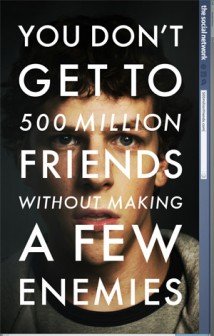 Harvard student Mark Zuckerberg creates the social networking site that would become known as Facebook, but is later sued by two brothers who claimed he stole their idea, and the co-founder who was later squeezed out of the business.

As good a film about social media as you are going to see, but more importantly it is a great story of betrayal with capitalism. Jesse Eisenberg is in great form as the sneary Mark Zuckerberg and whilst it may not be 100% accurate, it is Aaron Sorkin’s wonderful script and David Fincher assured direction that makes this a truly modern classic. 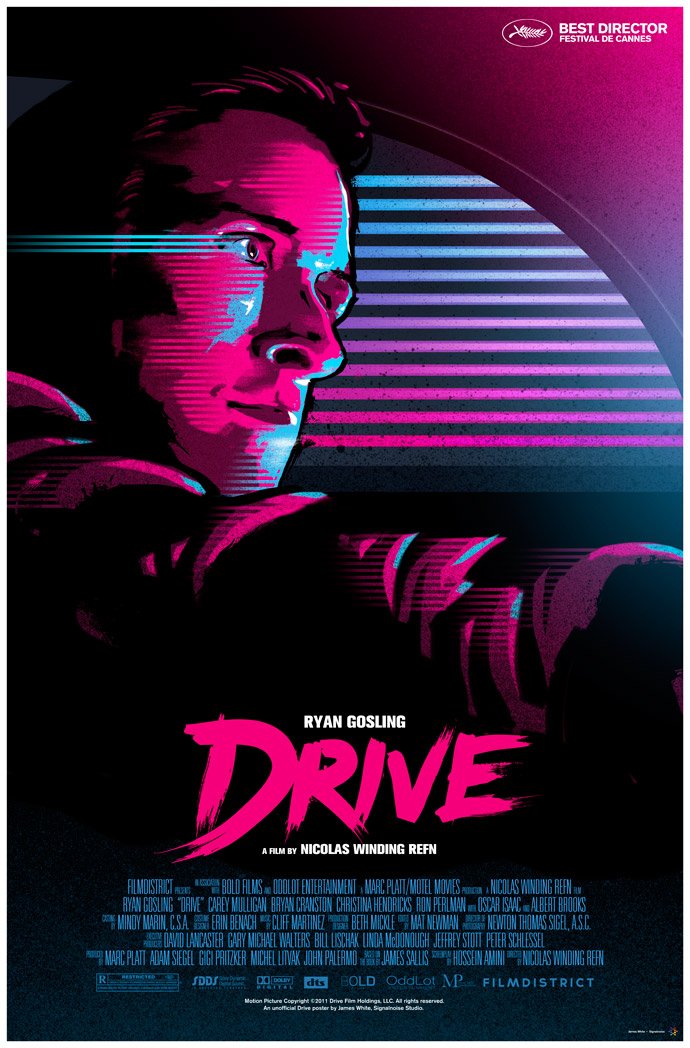 A mysterious Hollywood stuntman and mechanic moonlights as a getaway driver and finds himself trouble when he helps out his neighbour.

Visually glorious, this urban retro tale of crime and driving fast was instantly lauded as a post-modern masterpiece with its silky soundtrack and silent acting. The opening scene is one of those that just oozes confidence and style, and from then on in your are hooked. Ryan Gosling, Carey Mulligan, Oscar Isaac and Bryan Cranston star. 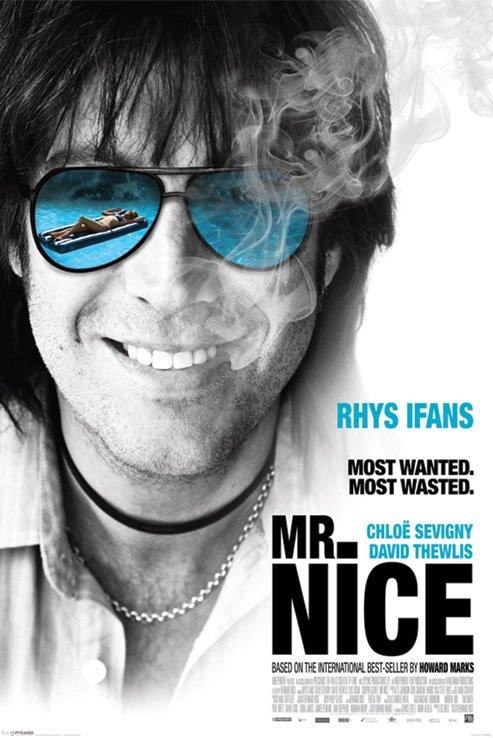 The story of Howard Marks is simply astounding, told with wit and some reverence in his autobiography, Mr. Nice, which you may have seen in every college house in Ireland. While the unbelievable exploits of the drug smuggling mastermind are all touched upon, somehow the film adaptation of his story falls a little flat but is still worth a watch if even just to remind you of how utterly brazen the Welsh drug dealer was. 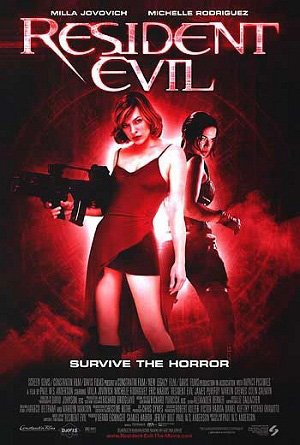 A special military unit fights a powerful, out-of-control supercomputer and hundreds of scientists who have mutated into flesh-eating creatures after a laboratory accident.

Adaptations of video games have a frankly appalling history – Doom, Mortal Combat, Prince of Persia to name but a few – and the Resident Evil franchise (there have been 5 films to date with the 6th and final film due out next year) is no exception. The first of the series however was not totally terrible and was an overly stylised blood and gore homage to the original, and classic, series of games. It’s chewing gum for the eyes and not much else, but what did you expect? 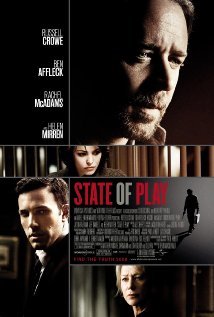 When a congressional aide is killed, a Washington D.C. journalist starts investigating the case involving the congressman, his old college friend.

Kevin Macdonald is a superb director and flicks between documentary (Into the Void, Marley, One Day in September) and fiction with ease and followed up his highly successful The Last King of Scotland with this strong political thriller based on a BBC series of the same name. Ben Affleck, Russell Crowe, Rachel McAdams and Helen Mirren all star.

Film Review | Creed Has Just About the Right Amount of “F*ck Yeah!” to Carry It