Our weekly look at the latest news and trailers from the world of film, featuring some black hats, a knight in Berlin and 5 movies to live your life by on TV this week. It’s The Showreel…

Last Call on Jameson at the Dublin International Film Festival

Jameson are to end their 13 year sponsorship of the Dublin International Film Festival with the upcoming film extravaganza in 2015 to be their last. The festival will run from 19th – 29th March and will showcase its usual mix of home-grown Irish film and foreign premiers of all sorts. This year’s festival will see the Irish premier of Mary McGuckian’s Eileen Gray biopic The Price of Desire starring Alanis Morissette, Vincent Perez and Orla Brady as Eileen Gray, a talk with Oscar nominated contemporary screenwriter and playwright Sir David Hare (The Hours, The Reader) and the premier of Alan Rickman’s A Little Chaos starring Kate Winslet and Stanley Tucci. Tickets for the festival are available now (at an early bird rate) from www.jdiff.com.

Knight of Cups to Premier in Berlin 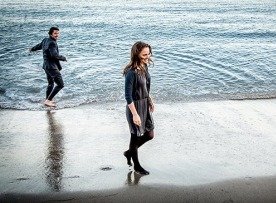 Terrence Malick, the director of The Thin Red Line, Badlands and Days of Heaven is to return with his new film Knight of Cups which is to be premiered at next year’s Berlin Film Festival. Not too much is known about the film other than it stars Christian Bale, Cate Blanchett and Natalie Portman and deals with the culture of celebrity excess. The trailer for it just landed and is filled with the usual tropes found in Terrence Malick films… a heavy, poignant score, people smiling under bedsheets, running near water, rays of sunlight. It’s all there. This is the synopsis; “Once there was a young prince whose father, the king of the East, sent him down into Egypt to find a pearl. But when the prince arrived, the people poured him a cup. Drinking it, he forgot he was the son of a king, forgot about the pearl and fell into a deep sleep. Rick’s father used to read this story to him as a boy. The road to the East stretches out before him. Will he set forth?” So, yeah, more Malick-y than you can shake a philosophy book at. Darren Aronofsky (Black Swan, Requiem for a Dream) will be the head of the Berlinale jury and Malick’s film will be up against the likes of Andrew Haigh’s 45 Years, and Peter Greenaway’s Eisenstein in Guanajuato. The Berlin Film Festival runs from Feb 5 – 15.

Michael Mann’s first film in 6 years is due for release next February and stars Chris Hemsworth (he may have played Thor but he will always be Kim from Home and Away to me) alongside Viola Davis and William Mapother. Director Mann always has an emphasis on style over substance and his last few films (Public Enemies, Miami Vice) have not garnered the same critical success as those films (Heat, Collateral) which somewhat cemented him as an A-list Hollywood director. Blackhat tells the story: “A man is released from prison to help American and Chinese authorities pursue a mysterious cyber criminal.” Ironically Sony have nothing to do with this film. I think Hemsworth still has a bit to go to prove himself as a leading man and Blackhat, along with Ron Howard’s adaptation of Moby Dick, In the Heart of the Sea, will go along way to identify his A-list credentials in 2015.

We actually covered the release of the first trailer of the new Mad Max film ealier this year but now Warner have released a second, extended and wholly insane trailer for Mad Max: Fury Road, and it’s fantastic. From the director of Happy Feet, Happy Feet Two and Babe: Pig in the City comes the story of Max Rockatansky, who is basically out to blow shit up in the outback of Australia years after all law and order has collapsed. George Miller, the director who also wrote and directed the original Mad Max trilogy was said to have been offered more money to make the film’s action scenes even more insane and judging by the trailer that is exactly what he did. He has stated that it is a 110 minute chase film and the story line blurb says, “Haunted by his turbulent past, Mad Max believes the best way to survive is to wander alone. Nevertheless, he becomes swept up with a group fleeing across the Wasteland in a War Rig driven by an elite Imperator, Furiosa. They are escaping a Citadel tyrannized by the Immortan Joe, from whom something irreplaceable has been taken. Enraged, the Warlord marshals all his gangs and pursues the rebels ruthlessly in the high-octane Road War that follows.” 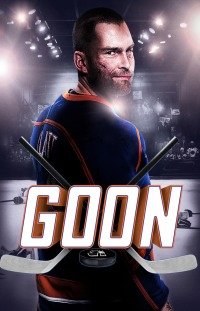 “Labelled an outcast by his brainy family, a bouncer overcomes long odds to lead a team of under performing misfits to semi-pro hockey glory, beating the crap out of everything that stands in his way.”

It has all the trapping of a crude, run-of-the-mill comedy with more braun than brains, echoing the central character, a talentless but very physical ice hockey player, played by teen comedy golden boy Sean William Scott, but in fact Goon is much more and great characterisation along with an honest sincerity makes it wonderful watching. Jay Baruchel co-stars along with Liev Schreiber and Alison Pill. 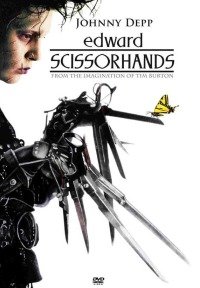 “An uncommonly gentle young man, who happens to have scissors for hands, falls in love with a beautiful girl.”

Back when Tim Burton was an original film maker, Edward Scissorhands represented a unique vision and directorial style filled with insight and artistic influence. However, we would become all too familiar with this style as each Burton film got released and the originality and style became repetitive. The “outsider trying to fit in” is the central premise in a majority of Burton films and Edward Scissorhands was his first film to really bring it to mainstream attention. In fact it is still probably his best. 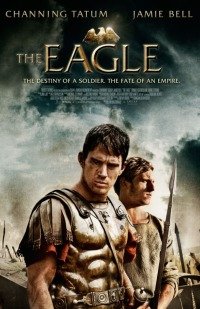 “In Roman-ruled Britain, a young Roman soldier endeavours to honour his father’s memory by finding his lost legion’s golden emblem.”

Channing Tatum dons a Roman dress and heads off to Scotland find the Eagle of the Ninth, the emblem of his father and his legion of troops who were slaughtered by Scottish savages. Kevin Macdonald, who recently directed the tension ridden Black Sea, helms this bloody and well told Roman story that probably tries a bit too hard to be deep and meaningful. But anyways, it has Channing Tatum in it. What more do you need? 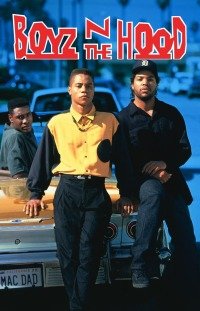 “Saga of a group of childhood friends growing up in a Los Angeles ghetto.”

The late 80s and early 90s saw a slew of films coming from black directors and based on the violence and hardships of living in the tough ghettos of modern America, and especially Los Angeles. Boyz N the Hood is probably the most famous of those films, which include the fantastic Do The Right Thing, South Central and Menace II Society, and would earn first time director John Singleton two Oscar nominations for Best Director and Best Screenplay. Cuba Gooding Jr. and Ice Cube play two teens caught up in the gang violence of the streets of LA. 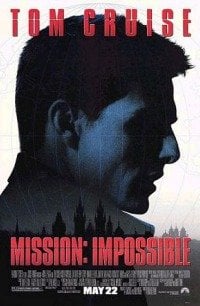 “An American agent, under false suspicion of disloyalty, must discover and expose the real spy without the help of his organization.”

With the fifth instalment of the Mission Impossible franchise due for release next year, why not watch the film that started it all off. Directed by Brian De Palma, who previoulsy brought us Scarface and Carlito’s Way, Mission Impossible is a grittier and more plot driven story rather than a set piece driven action adventure, and sees Tom Cruise trying to expose the secrets of a botched mission which left his colleagues dead and him on the run. The second film in the franchise was terrible but it has steadily improved since and I am quite looking forward to the fifth film of the series.