Ah, Christmas! Is there any better time to sit down and watch a plethora of films while scoffing whatever foil wrapped goodness is within arm’s reach? Here at HeadStuff we have compiled our list of the Top 20 Christmas Films to get you in the mood for the festive season, and not a bah humbug in sight.

Here is the first half of the list – starting with…

With its charming cast of fine British (and Irish) actors and multiple story lines of love amongst the Christmas cheer, Love Actually has become a seasonal regular and has earned its place in the Top 20 Christmas Films as it warms the heart and is actually not a terrible way to pass a few hours with a bottle of wine or a box of Roses. Bill Nighy, as usual, steals the show, and the witty script by director Richard Curtis is tailored to match the performances of the talented cast which also includes Colin Firth, Liam Neeson, Hugh Grant and Martin Freeman.

It should be noted that it is a film favoured more by the people of a female disposition, and the playing of said film can be met with the groans of despair from your average boyfriend but it’s Christmas so suck it up! And also, this way, you get to watch Die Hard 2 with a clean conscience. PM 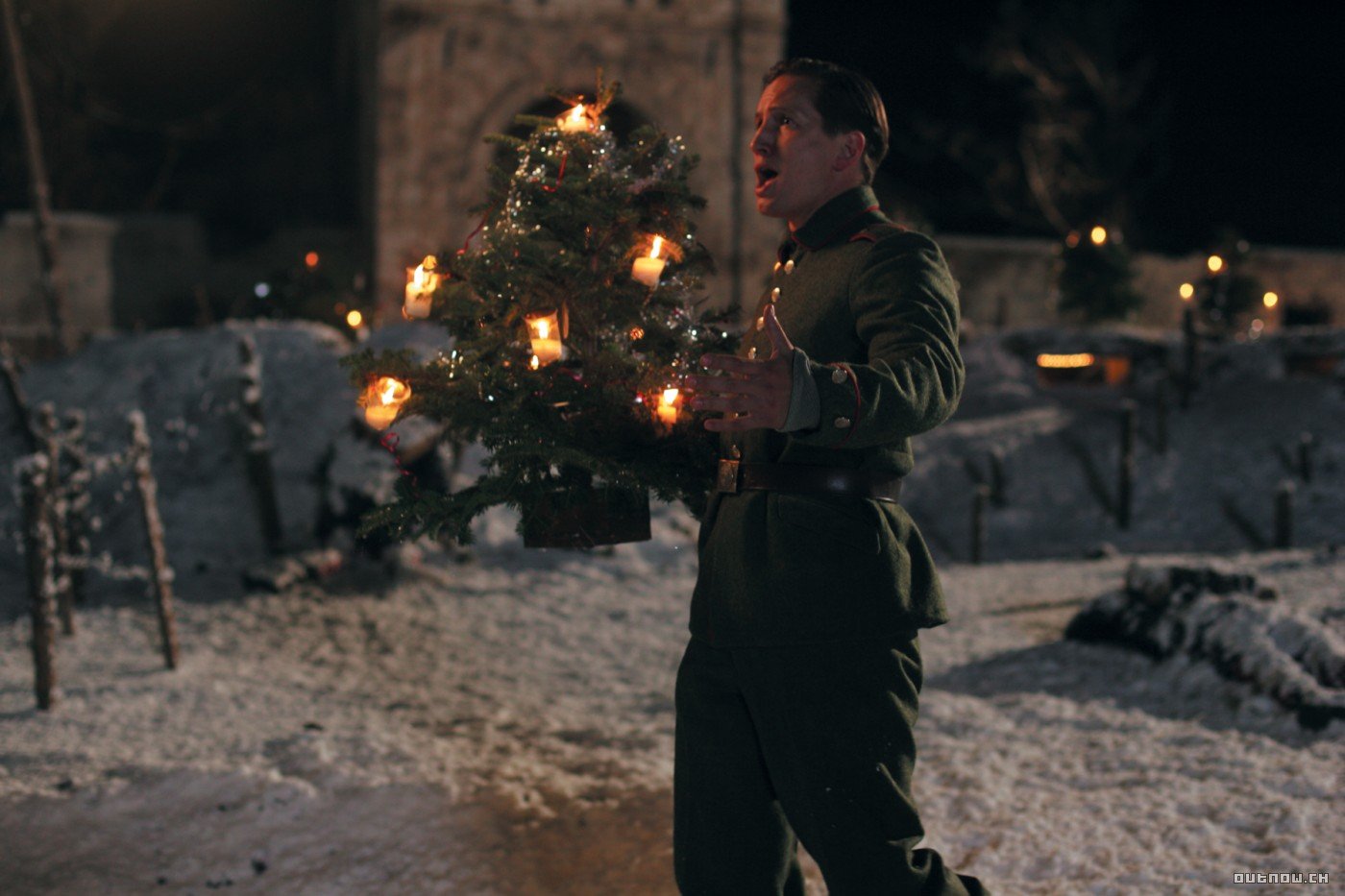 The most recently made film on our list is also probably one of the least known and tells the true story of the Christmas Eve Truce that occurred on the Western Front during World War 1 in 1914. While many of the films on the list are festive escapes into the magical worlds of Santa Claus and such fantasies, Joyeux Noel is a powerful reminder that even in the most horrendous of situations, people can come together to celebrate the idea of what Christmas stands for.

While the brave soldier’s actions were unauthorised on both sides of the battlefield, the film stands as a fine document of the inner belief in peace that permeates all people, regardless of their situation. Starring Guillaume Canet, Daniel Brühl and Diane Kruger, Joyeux Noel is a serious yet thoroughly worthwhile addition to the Christmas list. PM 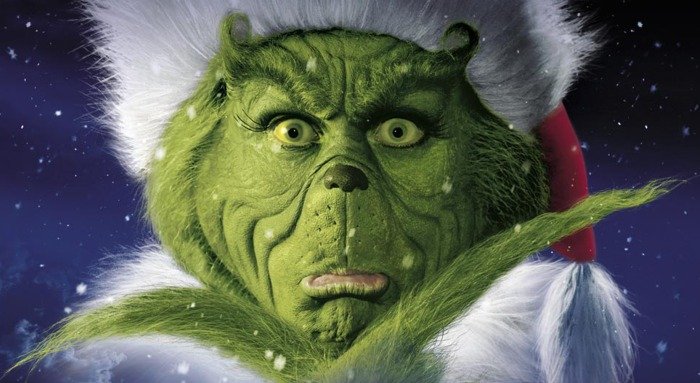 The man of a thousand faces, Jim Carrey, plies his unique talents in this retelling of the Dr. Seuss Christmas tale. The conniving anti-Christmas character, whose name has now become synonymous with all those who lack the festive spirit, came into the public domain through the 1957 children’s story and the 1966 animated short of the same name.

Director Howard does a great job in transporting us into a world of spectacular fantasy, that only Dr. Seuss could imagine. The supporting cast, including Jeffrey Tambor (TV’s Arrested Development), Christine Baranski (TV’s The Good Wife) and a pre-Goth, pre-Gossip Girl, adorable six-year-old Taylor Momsen, while all doing their part, are simply carried by the fantastic Carrey.

As well as winning the Academy Award for Best Makeup and nominations for Best Art Direction and Best Costume Design, How the Grinch Stole Christmas holds the title of highest-grossing holiday movie of all time. For a film based on a jealous, mischievous creature trying to steal Christmas from the materialistic dwellers of Whoville, that is quite the feat. This film is a must see for all those Carrey fans out there and with a set design to match the whimsical genius of Seuss, it will surely bring some Christmas joy to folks of all ages. PO’L

Just like How The Grinch Stole Christmas above, The Polar Express is based upon a classic children’s story. Chris Van Allsburg’s 1985 book of the same name was transformed from paper to the silver screen by the Academy Award winning director Robert Zemeckis. Zemeckis has given us one of the most beloved trilogies of all time in Back to the Future as well as one of the most acclaimed movies of the last 20 years in Forest Gump.

With Tom Hanks teaming up again with Zemeckis (Forest Gump, Cast Away), he lends his face to no less than six distinct roles, most recognizably as the train’s conductor. As the conductor takes the children on board, upon a magical journey, we are gifted to an array of fanciful visuals and songs. The ground-breaking performance capture technique at the time made this film something special but, thanks to that damn Andy Serkis among others, it now looks somewhat outdated which classic animations are not so vulnerable to – but do not let this deter you from entering the dreamlike trip Zemeckis brings us on.

On the Polar Express the late-great Roger Ebert said “There’s a deeper, shivery tone, instead of the mindless jolliness of the usual Christmas movie. It has haunting magical quality – 4 stars (his highest rating)”. Thumbs up from Ebert, and me, what more do you need? PO’L 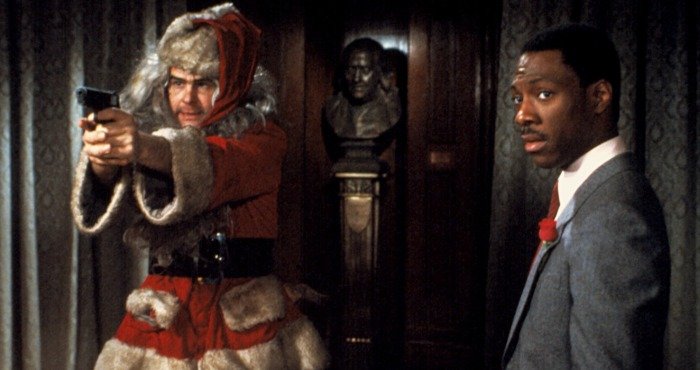 Full of superb gags and featuring a great on screen partnership between Murphy and Aykroyd, Trading Places may not be the sentimental sort of Christmas film but as it reaches it’s climax the true ideals of the festive season shine true, with friendship and revenge on the cards. PM 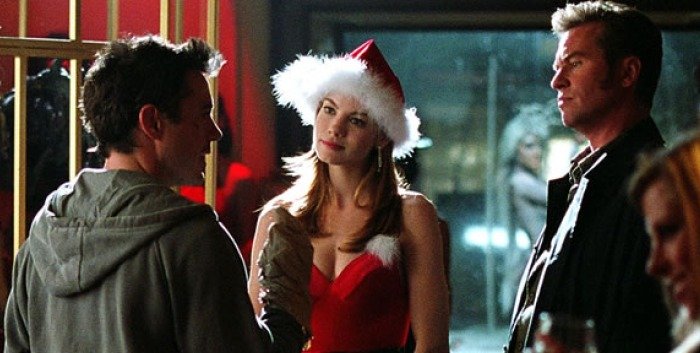 Not your typical Christmas movie, Kiss Kiss Bang Bang is a murder mystery told in the style of a classic detective novel. Does it have a whole lot to do with Christmas? Well no, but it is great and happens to take place during the festive period.

We are brought into the lives of the major players through the eyes and thoughts of our protagonist and narrator Harry (Robert Downey Jr.). Downey Jr. is brilliant as a thief who after a failed robbery, in which his friend gets shot, ends up stumbling into an acting audition. When his raw emotion and remorse is mistaken for method acting he finds himself flying out to LA.

Teaming up with a private detective for on-the-job experience called “Gay” Perry (Val Kilmer) the team find themselves caught up in a murder mystery with more twists and turns than you can shake a stick at. Throw Harry’s first love, portrayed by Michelle Monaghan, into the equation and this film has it all. Helmed by the writer of Lethal Weapon, this is Shane Black’s first time in the director’s chair and it is a very accomplished debut.

And it all takes place at Christmas. I mentioned that right? It’s awesome. Just watch it. PO’L 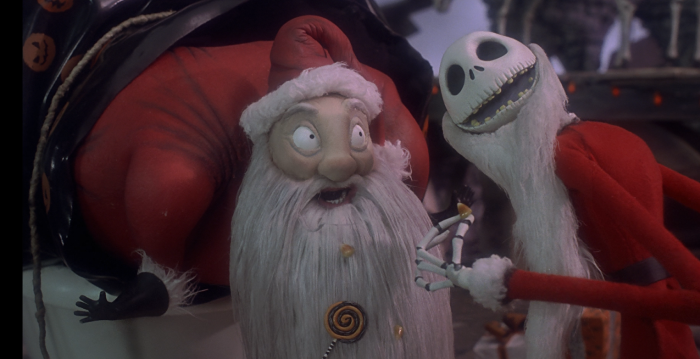 So where do all of our holidays come from? From their respective towns of course. The Pumpkin King of Halloween town, Jack Skellington, happens across Christmas town and is bemused and bewildered with what he sees. Growing bored of the repetitive Halloween traditions, he tries to bring Christmas to his ghost and ghoul neighbours. Not really understanding the concepts that intrigue him so, things go awry as Jack tries to spread the festive joy.

Plenty of catchy tunes to stick in your head for days, The Nightmare Before Christmas uses the prolific talent of Oingo Boingo front-man, and Tim Burton’s go-to composer Danny Elfman, as the singing voice of our protagonist.

From the quirky, gothic brainwaves of Tim Burton, the stop-motion enthusiast Henry Selick directs this festive fantasy. Selick went on after this to direct James and the Giant Peach and Coraline. The contrasting sets from Halloween and Christmas town are brilliant and the characters are rich and diverse.

One for all the family but may be a little scary for the very young ones. PO’L 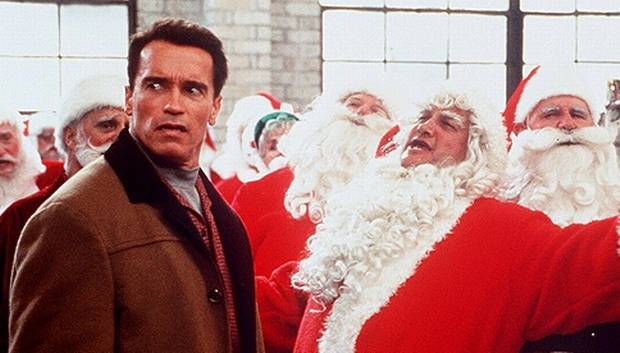 Christmas is a time for guilty pleasures and Arnie’s problematic expedition to find the perfect Christmas present for his son is one of them. Sure, this film is not very good, but to be honest I don’t care.

Arnold Schwarzenegger portrays a work-obsessed father who, after missing one-too-many family events, decides his only redeeming act is to get his son Jamie (Jake Lloyd aka the young Anakin Skywalker) the must-have toy of the season; Turbo Man. The major problem is that he doesn’t try getting it until Christmas Eve – anyone who may have been around during the times of the Cabbage Patch Kids, Power Rangers or Buzz Lightyear crazes, this is not advised. See also the infamous Frozen doll this year.

Lots of ridiculous action to warm your cockles and it deserves the 90 minutes of your time, if for nothing else, for James Belushi in a Santa suit. PO’L 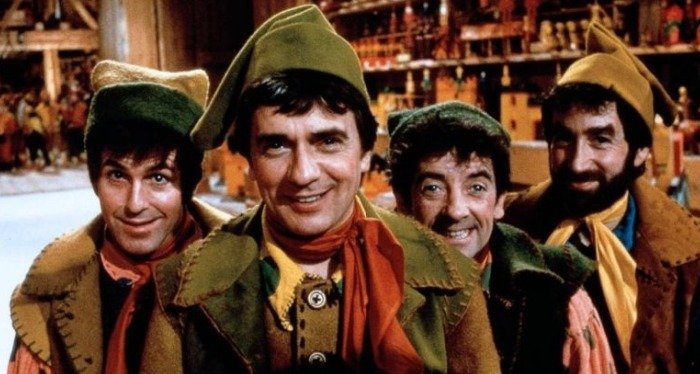 While probably not the best written, directed or realised film on the list Santa Claus: The Movie gets in on pure nostalgia alone. Dudley Moore plays Patch the Elf, who leaves the North Pole and Santa Claus (played by the wonderful David Huddleston) to head to New York and joins a toy company whose dastardly CEO (played by an outrageous John Lithgow) wants to own Christmas.

With the first half of the film dealing with how Santa became so magical and the second half not really about Santa at all, but rather Patch, it is odd that this film is called what it is, but how and ever, it features everything you need in a festive overload of sentimentality. PM 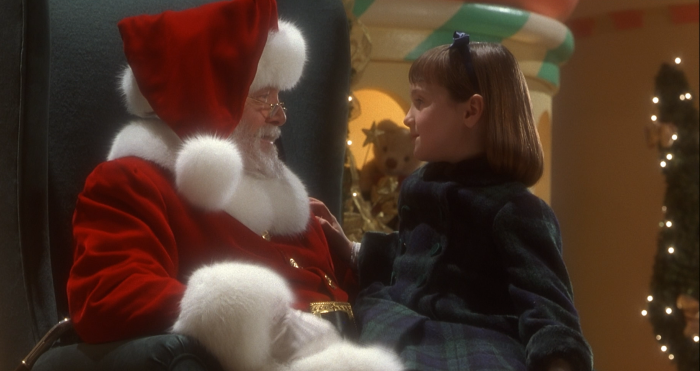 Now we’re entering the real traditional festive flicks with Miracle on 34th Street, written by the one and only John Hughes (Planes, Trains & Automobiles, Ferris Bueller’s Day Off) and revolves around a mother, played by Elizabeth Perkins, and her cynical daughter, played by Mara Wilson who meets an out and out Santa believer named Kris Kringle, played by the late Richard Attenborough. Turns out Mr. Kringle is actually Mr. Claus and when he goes to court to prove himself true, the real meaning of Christmas is lathered all over the screen.

Filled with touching moments and a lovely performance by Attenborough, Miracle on 34th Street is a sweet, modern take on the 1947 original which starred Natalie Wood, Maureen O’Hara and Edmund Gwenn. PM

Check back tomorrow for the TOP 10!