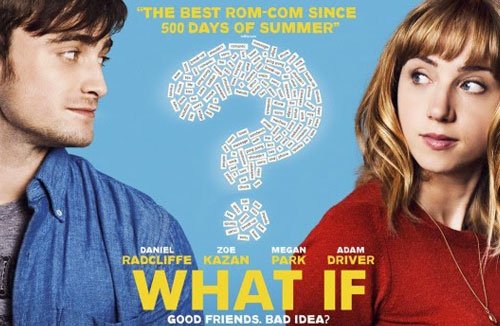 What if you finally met the love of your life, but she was in a happy long-term relationship? What if you wanted nothing more than to tell her how you feel, but her friendship is the only thing keeping you going throughout your semi-depressed post drop-out existence? When Wallace (Radcliffe) meets quirky graphic designer Chantry (Kazan), he is confronted with the dilemma of putting his friendship over his true feelings, and the devastating importance of good timing in love.

Upon hearing that Daniel Radcliffe has been awarded the leading role in a romantic comedy, one could be forgiven for being cautious. However Radcliffe is wholly believable, charming, awkward and ultimately relatable. With a sharp deviation from the Goslings and Clooneys that have for too long saturated the genre, Radcliffe represents the every-man, the boy next door, and the hilarious best friend. While he won’t have you swooning in theatres, you will become utterly invested in his life, partly because it is so similar to yours. The true complications of relationships, cheating, heartbreak and sorrow are shown – not told – in each character’s life. 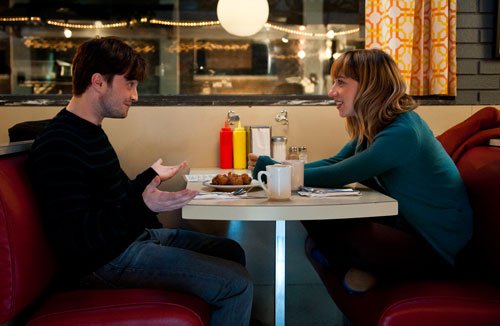 Kazan gives an outstanding performance as career driven, smitten, self-determining Chantry. The script avoids the manic pixie dream girl trope, and develops her character into a woman independent of her love interests. She does not exist to merely further Wallace’s journey of self-discovery, but embarks on her own. What If surpasses the Bechdal test, with its female characters exercising their own agency independent from their male love interests. Chantry also acts as a parody of sorts, of modern day hipster girls, with her creative soul and affection for fridge magnet poetry, but the parody ends with the external, and as the film progresses she develops into a fully formed leading woman in her career, relationships, and journey of self-discovery.

A lot of the comic relief comes beautifully from the hilarious Adam Driver (Girls). His character is hysterical, flawed, and executed with perfect comedic timing. Driver and Radcliffe bounce off one another to allow for natural dialogue, and a genuine representation of friendship between two confused millennial men. Through Driver’s character, the film yet again avoids another rom-com trope – that of the hilarious but ditzy best friend. He becomes significant to the central relationship, while also developing his own career, relationship and self. His often frenzied highs in his friendship are made all the more significant through their balance with the realistic lows, the fights and the concerns. As a supporting character, he is surprisingly well developed. 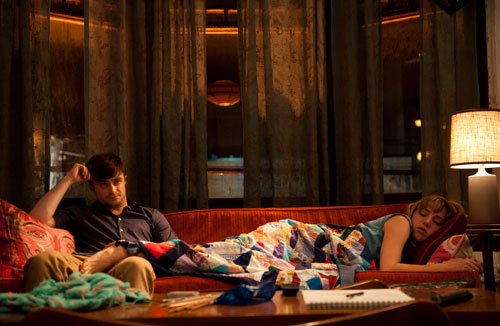 The star of the show, however, was the chemistry between the two stars, Radcliffe and Kazan. Both actors could be friends of yours, and this personal harmony will have you rooting for the pair from start to finish. They flip from crude conversations about bodily fluids over lunch, to tender and heart breaking scenes of trust and romantic longing. From friendship to romance, this pair just work well, and one can only hope that they will appear on screen together again.

Overall this is an enjoyable, quirky rom-com for fans of the genre and fans of Radcliffe. It is not a story that we have never heard before, but it is wholly unique in its telling. The agency of the characters, their chemistry and the visual manifestation of plot (through charming instances of animation) set this apart from others in the genre, and will, I think, cement it as a cult favourite for years to come.

Maurice or The Fisher’s Cot: a long lost tale by Mary Shelley