A Bridge To The Future: How Death Stranding Helped Me Cope With 2020

I don’t think anyone working on Death Stranding would have guessed that their game would be the perfect encapsulation of 2020. In fact, the game didn’t even initially release last year; the PS4 version came out in 2019. But it was the PC release in July of 2020 that I and many others played, and what we found was a game that spoke to us about the strange and unprecedented situation that we were living through. 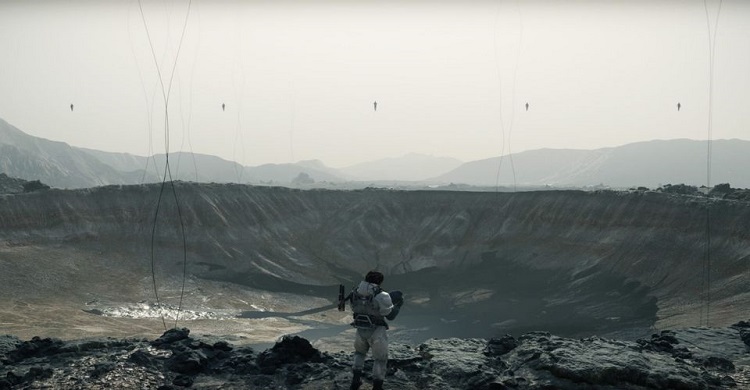 The basic premise of Death Stranding is straightforward enough. A massive disaster has shattered civilisation, and what remains of humanity has retreated into isolated bunkers and the occasional fortified city scattered around the land. (The nature of that disaster is far from straightforward, however.) You play as Sam Porter Bridges (an unnervingly realistic Norman Reedus) who acts as a combined delivery man and internet technician to connect these isolated little households together.

The parallels to the isolation we’ve all felt during the lockdowns is obvious. A large part of the game’s background is also about how that separation has impacted on humanity, which hits home particularly hard. One item you often have to deliver is mood-enhancing drugs, to replace the substances the body would normally produce through socialisation. Another is items that tie into people’s strange hobbies and obsessions – old audio tapes to the Musician, or crafting supplies to the Cosplayer. All another way of coping with isolation that we can all recognise from our own lives, now.

On the other hand, there’s a definite catharsis to the feeling that you’re helping to ease that isolation. Everyone you connect to the “chiral network” is delighted with the connection it brings them, of course. And because the game’s online elements only activate in areas that you’ve connected to the network, doing so makes it feel like they’ve come alive. All of a sudden barren landscape that you’d been walking across becomes full of bridges and shelters and other structures, all of them built by other players and there to help you. Near the start of the game, a character tells you that:

If we don’t all come together, humanity will not survive.

When you build a zipline that connects to one built by somebody on the other side of the world, you do feel that coming together.

In an era where social networks are increasingly blamed for surfacing the prejudices and division within society, one of the themes of Death Stranding seems to be that there’s still value in them and the connections they can foster. It’s no coincidence that the “experience points” of the game are “Likes”, representing the buzz that you get from someone simply affirming that something you did was good, actually. Most of the connections are still fully virtual though, with almost every interaction within the game being with someone’s holographic projection. The ultimate expression of trust is for someone’s door to quietly unlock, and for them to invite you to rest in their home.

As the name might suggest, Death Stranding is a game that dwells on death, and our relationship with it. The apocalypse which destroyed civilisation is one best described as “death going wrong”, and it’s resulted in a world where death has become a constant companion. Characters are defined by their relationship with death. One character spends half his time clinically dead as a way of coping with his grief over his family. Another, who is an artificially created human, wonders if he will get to die as humans do. And your protagonist, Sam, is a “repatriate” – someone who has died and returned, several times.

Over the last year we’ve all redefined our relationship with death. For most western nations this has been the greatest collective trauma since World War 2. Seventy-five years, an entire lifetime ago. The news is full of death figures, and like most of us I’ve found myself contemplating my own mortality more than once. It’s refreshing to have a game that engages so readily with what death means to those left behind. But that’s not why this game helped me through 2020.

Death Stranding is, at its heart, a pacifistic videogame. This was the first game that Hideo Kojima had written in 25 years that was not part of the Metal Gear series (and only the second that he had directed, after horror game P.T.). There’s a real sense of someone stretching their freedom to create in it, especially outside the constraints of a series that was born from 80s action movie conventions. The almost complete lack of combat in the game feels like a reaction against that, and the game goes so far as to severely penalise you for killing the few hostile enemies it presents. Instead you’re in contest with the landscape itself, and that’s how this game really helped me through 2020. 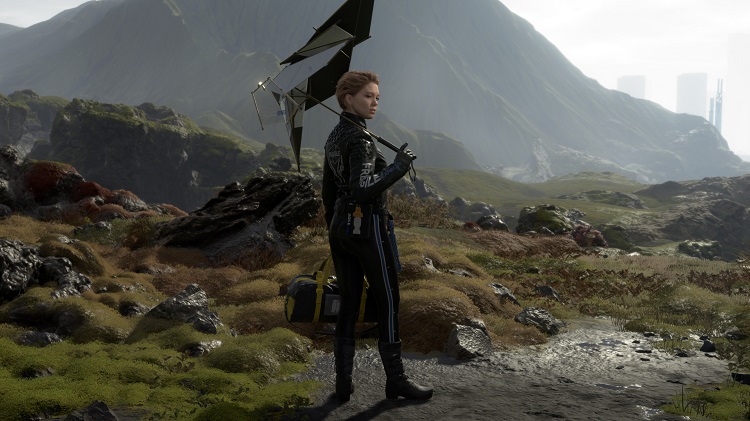 Some people have chafed under lockdown because of the lack of social contact, but for me it’s been the lack of purpose-driven journeys that has hit hardest. I love to travel. I love to be going somewhere. I’ve always been someone who enjoyed the journey as much as the destination, and I’ve never stressed out about getting lost because it’s just more new places to be. Death Stranding is a game about those journeys, and what one player described to me as “the catharsis of delivery”. Open world videogames have been my refuge this last year, and one where the world itself and your travel through it is such a focus has been a lifeline. The rocky plains and snowy mountains Sam Porter Bridges traversed was a summer holiday for me in the way that the glens of Scotland were the year before. And every time I set out on those journeys, the same cheery voice called out to me:

Keep on keeping on!

I think that’s what I really needed to hear last summer. And it’s how Death Stranding helped me get through 2020.

Normal People In A Pandemic