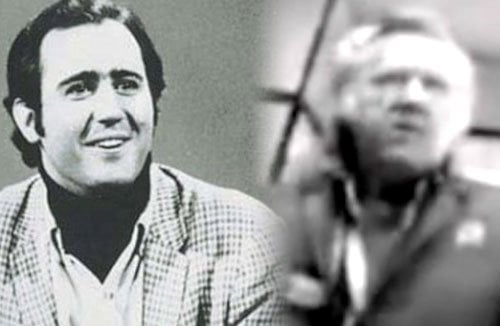 Rather than simply celebrating a single fool’s day in April, Headstuff.org dedicates the entire month to the world’s biggest fooler, Andy Kaufman. May 16th is the 30 year mark of when he infamously “faked his death”. Since the anniversary is a couple of weeks away, most of this article will serve as a loose (non-comprehensive) bibliography of events/books/movies/etc in which the spirit of Andy Kaufman has been cryogenetically kept alive since 1984.

But first, where do people get the idea that Andy Kaufman did not actually die of lung cancer at Cedars-Sinai Hospital? Is Andy Kaufman alive? One of the closest sources of this information stems from Kaufman’s best friend and writing partner, Bob Zmuda. In a podcast interview with Matt Ryan, he says:

“Andy asked to speak privately to both me and Jack (Burns). We moved into a quiet room away from the others, and Andy closed the door, making sure no one besides us could hear. He told us he was about to embark on the greatest prank of his career and made us swear we would never repeat it to a living soul. He then told us it would be the biggest thing in the history of show business, then he lowered his voice and said, ‘I’m going to fake my death, go into hiding for 10 years, and then reappear.’ ”

“I saw him at Soundstage once. I think he’s still alive.” 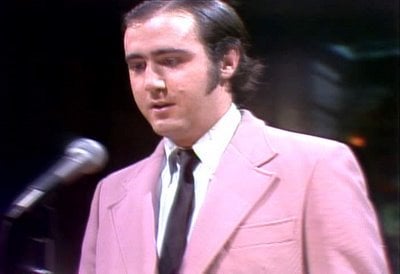 Andy met with Saturday Night Live producer Bob Tischler and writers Barry Blaustien and David Sheffield to discuss possible ideas he wished to execute in the new season.Tischler recounted “…but then he (Andy) told the three of us, ‘You know the hoax I’d really like to pull off is my death. But I’m afraid of doing it-because when I do these things, I do them for real, and so I wouldn’t even be able to tell my parents. And I wouldn’t want to hurt them.“

“Yeah, we used to discuss the proper — you know, I thought he was just kidding — but what would be the ‘proper’ amount of time to go away for, after he ‘died.’ And at first it was 10 years, but then he decided, no, 10 years wasn’t enough. Twenty years would be good. Ten years — he could see someone going away for that long. But 20 years . . .”

Alan Abel, a professional hoaxer with a laundry list of successful pranks who successfully faked his death, recounted in an interview with Christopher Maloney:

“He read the obituary and he thought it was for real. He was very sad that day and a little annoyed with me too, when we talked a few days later after I surfaced of course…’Now I want to know everything you did.’ So, he queried me on the phone for a couple hours, ‘Well, why did you do this instead of that? Why did you go there and do that? Why did you do this? Why did you do that?’ So he flew over the weekend to New York. Andy was very fascinated by the idea. One of the things I suddenly remembered when Andy’s parents were interviewed after he passed away…on the news, Andy’s parents didn’t seem to be terribly perturbed…and maybe his parents were in on it. So I believe in leaving a bit of the door open for the possibility that he would return.”

Kaufman’s friend Bob Pagani, host of the Slycraft Hour, who introduced him to Abel, offers this perspective on David’s Wrestling Asylum Podcast:

“Yeah, it is weird, because he did meet my friend Alan, who faked his own death and he was very very interested in that. And later he died in the hospital that when he wrote the Tony Clifton screenplay, Tony Clifton dies at Cedars-Sinai…To people who are conspiracy-minded, look like they add up to something. I don’t think they do, but I get why people think it.”

This skeleton of a timeline highlights a few of the various milestones along the years honouring the memory of Andy Kaufman:

1999 Man On the Moon movie with Jim Carrey

2013 “Daughter” of Kaufman says he is alive at AKA Show

By following the puzzlementary trail in the links provided, you’ll unravel more secret doors and historical catacombs of Andy Kaufman hijinx than previously imagined. The Kaufman-Faked-It Matrix reveals supreme intrigue the deeper you collaborate with its growth. It’s like playing a videogame of your own reality show, while at the same time becoming a part of Kaufman’s living inter-web archive! Without further ado, and in no particular organized fashion, here’s a small compilation of crumbs to start your rabbit hole trip:

Andy and His Grandmother audio by Andy Kaufman

Found in the Funhouse blog

Will you be holding your breath for May 16th, 2014, to see if Andy Kaufman makes his triumphant return?

Do you think he’s still alive? Let us know in the comments below… 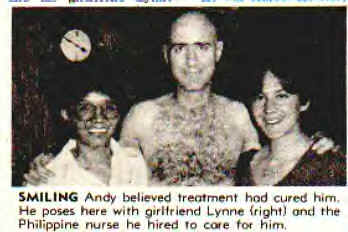 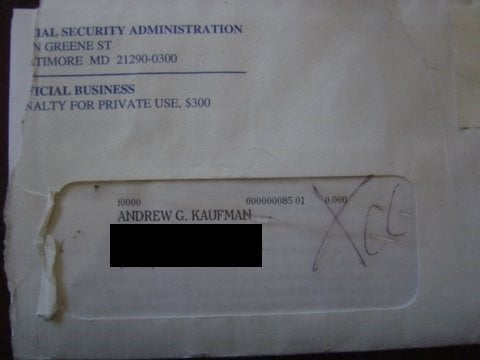 In addition to being a Stephen Maddox Disciple, CEC plays Click Rhodes in the Duran Duran Tribute band, RIO. He paints and draws, recently acted in the horror film Bloody Bobby: The Fall Creek Valley Massacre, sings telegrams with his ukulele, voiced the character Dirk Malone in the cartoon Really Bad Movie, is a former substitute teacher for junior high/high schoolers of LAUSD, played Orphan #5 in Blues Brothers, is a founding member of Andy's Army, and survived to tell the story about almost being thrown down an old mineshaft out in the middle of the desert with Ted Levine by Surf Guitar Legend Dick Dale. He is honoured to be a guest contributor of Headstuff.org.