Alison Spittle Discovers Hawaii is on everyday at 13:45 in the Counting House

Hello,
I’ve not had much time, the fringe takes up every waking hour but when I get a spare moment I watch the Olympics. Doing the fringe makes me appreciate the Olympics a lot more, these people have given years of their lives all leading up to this moment and if it’s mediocre it’s a waste of time and money, very similar to the fringe.
So when my show had to be delayed because a man came in with soiled trousers and stank out the room, I was distraught. I had my first reviewer in, I knew as we were spraying Lynx in the room and putting on fans. I looked at the clock, five minutes gone “fine I’ll cut that bit” ten minutes “I’ll do a short intro”  15 minutes “the whole sad bit is cut”.
I did the gig, I didn’t tell the audience what happened, the audience were lovely and I wanted to waste no more time and just joke with them. After the gig I worried that the reviewer will think my show is not good, I didn’t say why it was called discover’s Hawaii and he just might think it’s a big long set rather than a show. But feck it, a man shat his pants in my room.
That night, when I went out it was the story on everyone’s lips, everyone asked me to tell the tale, but the more I told the story the more details people demanded, we’d always end down the same route of delight turning to horror turning to sadness that a person could end up in that position and I really hope that man turns a corner. I felt guilty about asking him to leave but the smell made me gawk bile into the back of my mouth. 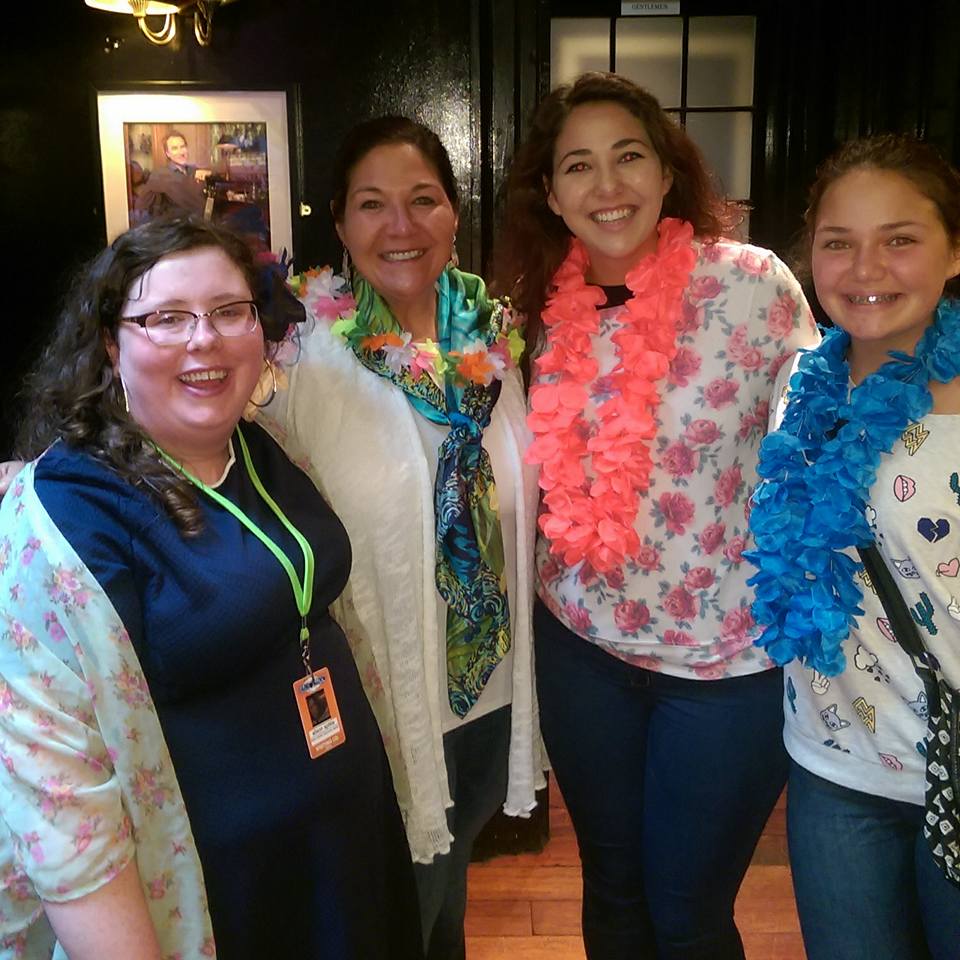 I did a gig called Set List. you can’t do any pre-written material and have to do stand up on the subject that’s projected on the wall. It was the best fun ever. It gave me the same adrenaline rush as my first gig.

I’m living with my good friend Sofie, our flat overlooks a church and graveyard. During the day it’s quaint but at night when you see a lad with the torch app on his phone out there you shit yourself.
It’s a lovely central flat and although I’m thankful to the person who lent me an airbed at the back of her couch on the outskirts, I’ve realised comfort is everything.
I miss my pal Conor O’Toole who looked after me so well for the past two fringes. I can’t wait to see his next show, he’s the Irish king of the fringe.
Ruth O’Kelly Hunter is an incredible talent, she’s so new to comedy but has such a fresh outlook and so quick. In my head I knew she’s on to big things. Well feckers I was right, she won her semi final and now she’s in the So You Think You’re Funny finals. It’s a big deal, if you win you go to Montreal, Australia, and win cash. Ashling Bea won it and look at her career. When her name was called out I burst into tears of pride. She’s special and it’s being recognised.
So if you’re in Edinburgh the twenty fifth of August let’s buy a ticket and go to the So You Think You’re Funny final, and support her.

It’s getting to me a little. The stress, the lack of sleep, the crowds. Today is day…. Jesus what day is it? One second I’ll check…*checks*… It’s Wednesday. I’m here a week tomorrow. It’s exhilarating and exhausting. Honestly it has, for the best part thus far, been everything I hoped it would be. Lots and lots of gigs. Some good, some great & some educational.

The streets are littered figuratively and literally with flyers of the hopes and dreams of thousands of acts. All here with desire in their hearts. Working hard at the base of a ginormous anthill striving for recognition. It’s dog eat comedy dog. I wonder what the world would be like if it every profession worked this way. If doctors roared at unsuspecting punters on the street trying to lure them into their surgery with the promise of a free check up only to guilt them then into throwing a few pence into a hat as they leave their rectum examination.

I’d love to live in that world.

I’m in a weird place. Mixed emotions. Elation and guilt. That’s an odd combination. It’s six thirty pm and the grey threatening August sky has opened its bowels and it is shitting down. I leave the apartment. I’m a poor comedian. I didn’t pack a coat and I can’t afford to buy one on my budget. I’m hoping the six year old hoodie I did pack will help keep me dry. It won’t but I fool myself that it may.

I’m late and afford a taxi. I’ve got four pounds and eighty eight pence left from today’s budget. I could delve into tomorrow’s budget but then I’ll be even more fucked tomorrow. I trundle along through cobblestoned paths trying to go as fast as I can but Edinburgh has decided to spit thousands of comedy weary folk out onto her streets slowing my progress.

It’s fucking August. I thought Ireland was bad but Scotland takes the Olympic gold for shite weather. I get to my destination at twenty past seven. Ten minuets early. There is a queue and it stretches out into the rain. As luck would have it, I’m in the rain section. It’s bucketing down now. “Thank God I wore this hoodie”, I mention sarcastically to the couple behind me who were clever enough to have brought an umbrella. I say clever but the truth is they probably have proper jobs, you know the type that lend to being able to purchase discretionary life items such as umbrellas. Five minuets of line waiting in heaving fat Scottish rain sandwiched between two sets of normal human beings with coats and brollys is enough to make a comedian question his existence! The line moves a bit and then another bit and then finally I’m inside. I whip off the hoodie. It’s drenched. I laugh to myself. I’m in now so fuck it. The usher shows me to my seat. All classes are equal here as I sit beside a person who I decide is an investment banker. Fuck him and his big house, blonde wife and swimming pool…

The lights dim…. The music fades… Dressed in double denim he enters the fray. He looks old. The bushy bread has been shaved down with a blade one. The grey glistens all over his beautifully mischievous face.

Tommy Tiernan… That’s how I like to spend my budget money. Everything is forgiven and forgotten….. For an hour at least… Genius.

Well that’s Black Wednesday done and dusted. One of the notoriously slow days for crowds at the Fringe. The thrifty 2-for-1 deal hunters of Monday and Tuesday are gone but the weekend crowds haven’t arrived yet. This, combined with the biblical rains, meant Edinburgh was a comparable ghost town today, complete with tumbleweed-esque bundles of soggy flyers.

Despite this, I (with the help of hustler extraordinaire Aidan Greene) managed to get decent numbers to our shows. And unlike the weekend crowd, the lot today seemed to want to be interested in my emo bullshit. So here’s to more of that!

Shout out to my pals from Dreamgun, Heber and Stephen, for putting on a super show in Mimes In Time. Also, if you’re visiting the Fringe over the month, be sure to check out Nicole Henriksen in the Underbelly, with her wonderful theatre show Making It Rain.

Someone just placed a lure at the Pokestop opposite my flat so I’m going to go take advantage of that.

You’re a comic? Wow. How unique. Come to the fringe. Put on a show. Just don’t do the unforgivable, don’t buy into the bullshit. Don’t fall for the “Great show, man”s, the back pats and the retweets. You have to see this city for what it is: A fairytale. It’s the island Pinocchio lands on, where the children are in charge; they drink alcohol and smoke cigars, slowly turning into jackasses. The only thing Carlo Collodi got wrong was the speed of the transformation. Edinburgh is just a bunch of kids playing pretend but don’t listen to me, I’m just some asshole handing you a flier.

Day 7 has begun. It’s 2:36am. I’m sitting in a chip shop whilst it’s pissing rain outside. A Romanian woman is arguing with her Scottish boyfriend as horrible Latin dance music plays in the background. Did two shows today/yesterday. First one went great, second went okay. The first was 6 people. They loved it. I did too. The second show was a messy midnight show. Pretty unresponsive crowd but I’m happy with my performance. Highlight of the gig was watching an English comic declare to the audience “That joke kills at the Comedy Store” after a bit about Kiera Knightly having small breasts bombs. They still seemed unimpressed. I think I’m just grateful people are coming out to see shows. It’s amazing we get to do this at all. Standing up on a stage and making a room full of people laugh is an honour. The fact that I get to be here for the fringe, it still blows my mind. I have to remember that tomorrow when I sober up. The fighting couple have left the chipper with a pizza under their arm. Now they’re outside leaning up against the window kissing in the rain. Romance isn’t dead.

Have a Little Empathy | If You’re Frightened By Feminism, You’re Seeing an Invisible Threat