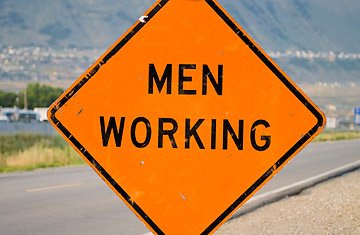 We, the grand high committee of the Council for the Maintenance of the Natural Order of the Universe, that is, the unquestioned and unquestionable supremacy of the white heterosexual male, would like to congratulate you on your handling of the recent International Women’s Day.

You will, as masculinist “allies” be aware of the threats and challenges posed to men in recent years by feminist, gay, intersectional and other so called rights movements. We are deeply concerned at the way in which that global terrorist movement calling themselves “liberals” are attempting to undermine society. Decriminalisation of the abomination that is homosexuality, the ever more prevalent belief that even an ugly woman is entitled to employment if her qualifications are good enough, and the introduction of morally reprehensible legislation introducing jail terms for men simply carrying out their natural obligation to discipline their wives are slowly reducing our once great society to a nation of degenerates.

It should come as no surprise to you, therefore, that while the stranglehold of political correctness obliges us to tolerate this “International Women’s Day,” we were deeply apprehensive about the damage it might do to men and women alike. After all, while men have two brains, one above the neck and one below, women have just one, which renders them physically and intellectually less capable of everything except cleaning and making sandwiches.

However, we feel we must congratulate you on your skillful handling of this potentially damaging event. We applaud the way you effectively directed the world’s attention to the woman’s natural role of victim. Dedicating the day to awareness campaigns of issues such as domestic violence, violence against women, and the way rape is used as a weapon of war was a very clever way of reminding the global community that women are there to be dominated by men, and their only hope for protection and the salvation of their honour is to find a good man and, through constant obedience and servicing his desires irrespective of whether or not she is “in the mood,” to earn the right to be his possession. Highly commendable was the way you managed to avoid, almost entirely, giving undue attention to subversive ideas such as microcredit schemes to empower women in developing communities, women organising into collectives and unions to advance their working rights and fight for parity of pay, criminalising the paid abuse of prostitutes and highlighting the success of women who have risen to positions of power and influence.

While we did not agree with the “Women for Peace” march – you women will of course be too simple to realise the importance of war and the arms trade to the male ego – we thought it extremely fitting that this march was led by a model rather than a peace campaigner or one of the rare female global leaders. We would recommend that more of next year’s events be led by models. After all, the only aspiration girls should have is to look good, and therefore a model is always the best spokesperson and representative at any women’s event.

We will have our sandwiches at twelve o’clock, and tell the blonde who delivers them to get her tits out.