When a snake suddenly decides to bolt under the mower as you’re cutting the grass the least it could do is have the common courtesy to be chopped into a thousand tiny pieces. Not so yesterday. This particular snake comes out the other side with about 60% of himself still intact, forcing me to bring the proceedings to a quick conclusion and instead launch into a snake rescue mission.

As I grabbed the little fella he immediately started to whip what’s left of his tail around and spray blood all over my light-colored shirt. I almost threw him back under the mower to be honest. Instead I brought him into the house to patch him up.

Proof that I am a decent human being.

I call him a ‘him’ instead of an ‘it’ because I was getting quite attached to him and all snakes look male to me given their phallic shape. I don’t think any member of the animal kingdom looks like a vagina but if there was one I would extend the same consideration. Offhand I know of at least a few flowering plants that could lay claim to that title so I will make a note to henceforth call them ‘her’.

I called him Sna on account that my mower lopped off his ke.

I was going to make a comparison between my relationship with Sna and families of people who are addicted to drugs and/or alcohol but I wanted to think it through a bit before blurting out something insensitive. Now that you have lunatics trying to call such addictions ‘diseases’ you never know who you’re going to insult.

Then I thought about my writing career, or lack thereof, and thought that perhaps a little controversy might be just what the doctor ordered. Just look at how much press Jenny McCarthy got for coming out against vaccinations.

I was trying to figure out if all press is good press when Sna kept breaking my train of thought by wiggling around and showing his displeasure with his new surroundings. Obviously if I was waiting around for some appreciation from him it was going to be a long afternoon. I couldn’t help feeling that although I was the owner of the mower it wasn’t my fault he chose to go snaking under it. He can claim it’s a disease all he wants but the truth is he chose his path and if that path led under my friggin’ mower it’s on him.

A disease my ass.

After I threw some leaves into the hastily-constructed bucket triage so Sna could wiggle out of view I returned to my dilemma about insulting people who claim that their addictions aren’t really their fault. 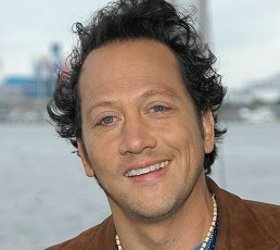 Look at what happened to Rob Schneider, another anti-vaccine guy. One minute he’s on a State Farm commercial reprising his old Saturday Night Live role from forty years ago and the next he’s back out on the street when his vaccine views became known. The question is, before this event made headlines when was the last time I’d heard the name Rob Schneider?

About forty years ago.

And is it fair that State Farm gave him the boot yet still allow Hans and Franz to pimp their insurance even though it’s obvious from their accents that they’re both Nazis?

Perhaps it’s best if I continue the story by saying things without coming right out and saying them. When you’re an unknown writer you have to tread pretty lightly. I don’t want to endanger any State Farm commercials that might be in my future.

Perhaps Jake harbors some soon-to-be-disclosed anti-vaccine sentiments and I’m just one pair of khakis away from being Lance from State Farm.

So eventually the bleeding stopped and Sna seemed to be out of immediate danger. As much as I wanted to continue to nurse him back to health he seemed eager to rejoin his fellow wild animals in my back yard so I was forced to give the bucket a good tip and deposit him back on my lawn, where he slid away to the best of his ability.

In some ways I felt like a family member waving goodbye to a recovered son or brother. Happy that he was feeling better but worried about his next misadventure. Worried that it might inconvenience me again. It’s a cruel world out there but the truth was I still had a lawn to mow.

Was there a part of me that wished that he’d just been sliced into a thousand pieces so the lawn would have already been finished and I could have flopped onto the couch with a cold one?

I guess you’d have to ask the family of a ‘diseased’ crackhead for that answer.

I am the author of five short story collections; Merciful Flush, Results May Vary, The Ball Washer, Homo sayswhaticus, and my latest The Trembling Fist. I blog daily on my website www.lancemanion.com and frequently contribute to many online fiction sites.