There’s a Cat in my Garden 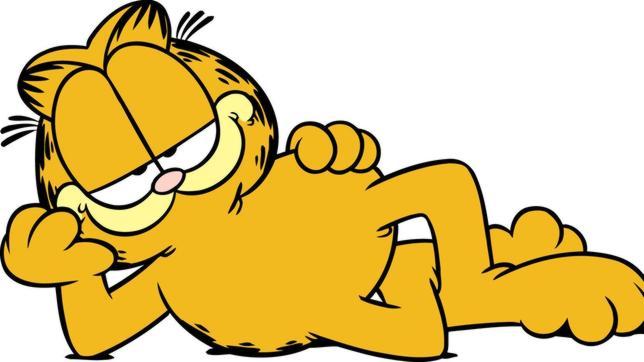 Well why wouldn’t you? You’ve grown up with them on your TV being all cute and mischievous, that loveable petty criminal Top Cat, Garfield with his love of lasagne and hatred of Mondays and then there’s cheeky ol’ Custard, as in ‘Roobarb &….’. How could you not love them? Just one quick Google search and you’re greeted by picture after picture of them being insufferably cute. Yes, cats are bloody lovely aren’t they?

Like I said, there’s one in my garden and I’ve been watching. Observing his movements like a weird cat obsessed version of James Stewart in Rear Window. I’ve watched the little bugger as he creeps along the fence, I’ve stood, teeth gnashing as he sits nonchalantly on the roof of our shed, I’ve even caught the little bastard mooching about near the bird table which you’d think would be because he wants to catch a bird. Yes, you’d think so, yet, despite cats supposedly being wily creatures, who have honed their hunting instincts over millions of years, despite this, the cat in my garden – having successfully scared away the wildlife that normally frequents the bird table – hangs about in full view. 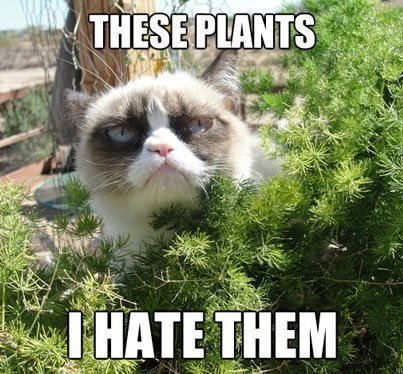 This goes to show just how much of a dumb shit he is. Surely he should hide amongst the flowers, or in a hedge? Anywhere except beside the table. Or maybe it’s not waiting for birds, on occasion I’ve seen it eat the bird seed so either he’s one of those weird cat vegetarians (who do exist because pet owners are generally fucking idiots) or more likely some kind of feline mobster who is running some kind of protection racket. With the birds and squirrels at bay he believes he’s stopping other thieves from getting to what he understands to be my personal seed and fat ball stash, and only eats the seed as a way of telling other animals to keep away.

Maybe you think I’m being paranoid and this is just him being a rascal in the tradition of your cartoon favourites, but here’s what you don’t see in the cartoons and the sickly sweet pictures of cats all over the internet. Let’s head enter the charming world of Roobarb & Custard.

Imagine that when Custard gets down from the fence it isn’t to ruin Roobarb’s latest zany plan to get to the moon, or invent a bone powered computer, no instead of throwing a spanner in the works he just kicks away a bit of soil then curls one out. Right by the begonias. Then the episode takes a nasty turn as Roobarb steps in it and starts calling Custard a filthy cunt and how he, as a dog is forced to pick up his excrement in a plastic bag. That’s also what the cat in my garden likes to do. He finds a nice private place among the flowers and squeezes one out so that I can find a fresh shit waiting for me while I’m doing a spot of gardening, and it gets all over my gloves or my shoes or I might even be digging when the fork gets stuck on a stubborn stone in the ground, I apply a little more force, maybe a little to much and I over compensate – the fork comes out from the ground too quickly, catching a cat turd that’s laying atop the soil and it flicks up. I now have cat shit on my face. 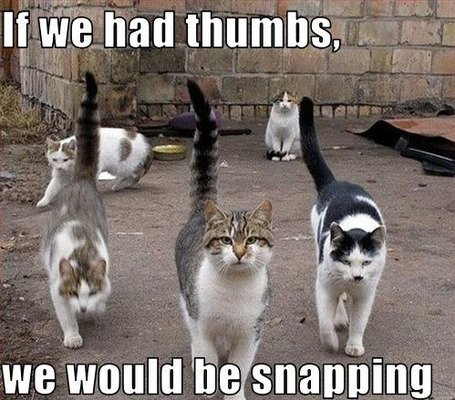 But wait… is that the mafia cat’s way of leaning on me? If he is running a protection racket maybe he’s expecting some kind of bribe to stop him doing this. Should I expect to find a mouse head in my bed if I don’t start greasing him with tuna? Will the cat mafia start hanging around in my garden staring in the windows, sharpening their claws? He’s already started bringing a friend with him and you can’t report this kind of thing to the police because there’s not a thing they can do, they’re only interested in the big cats of the family. It’s only a matter of time before lions and tigers are sitting in my garden licking their paws and quietly growling at me and then it’s too late for cans of tuna, suddenly I’ve got to source antelope and boars to keep them happy.

No, I’d better start leaving out bowls of tuna. I can’t let this spiral out of control. Oh, god. I just want them to leave me alone. Why won’t they leave me alone?