Welcome to the first ever edition of Tittererer’s Digest – a dry and practical guide to what I hope will be some fairly damp and frivolous comedy for you to enjoy this week. It’s basically a what’s on, what’s happened, what’s happening, FFS, just tell me what to look at! – thing, regarding all things even vaguely humourous. I’m your Headstuff Humour Editor (thank you) – let’s do this…

– Too Many Cooks – You’ve almost certainly already seen this video floating around online over the last few days. It’s an all at once hilarious and nauseating 11-minute spectacular from the maniacs at Adult Swim. It starts off as a spoof on American sit-com opening credits but then spirals into something altogether more horrifically bizarre. Well worth the watch if you haven’t seen it already. It’s also worth a rewatch of course. Warning: it will dominate your dreams/nightmares for the next seven days or so. (Quick shout out to one of my favourite Adult Swim series that you should have a look at if you haven’t seen it before. It’s called Assy McGee and it’s about a maverick cop who is just a pair of legs and an arse – so good. See it here.) 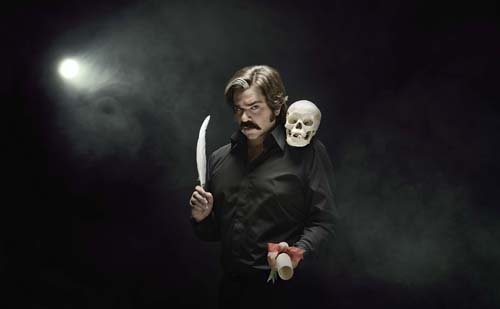 – Toast of London – Matt Berry (Garth Marenghi’s Darkplace and the IT Crowd) and Arthur Mathews (Big Train and Fr. Ted) are both lunatics. Surely, when writing a sit-com, any such lunatics should be kept apart. They should be paired up with saner co-writers in order to somehow structure and contain their lunacy. But that’s not what’s happened here. Two brilliant lunatics have been allowed write a show together without any designated wet blanket present.

The result is the disorientatingly silly Toast of London, a comedy about actor Stephen Toast – back on for its second series as of last week. Episode two airs tonight (Monday) at 10.35pm on Channel Four. Watch!

– The Walshes – I’m going to completely abuse my position as Humour Editor here and plug a show that I’m in and co-wrote. It’s called The Walshes and it’s on BBC TWO on Tuesday at 10pm. It’s a show I made with my colleauges Diet of Worms and Fr. Ted creator Graham Linehan. Our three-episode mini-series ran earlier in the year on BBC FOUR but it got a little lost there. So it’s moving to BBC TWO to try and find its audience. So do check it out and encourage others to do likewise. Being the Headstuff Humour editor doesn’t pay you know!

– Improv Fest Ireland – Did you know that there’s a full-blown comedy improv festival going on this week, all week, in Dublin? Because I didn’t until I started researching this piece. When improv’s good, there’s very little better and the guys running this festival have put together a mammoth line-up featuring some of the best improv acts from around the world. Visit improvfestireland.com for all the details. The festival runs from yesterday until Saturday. 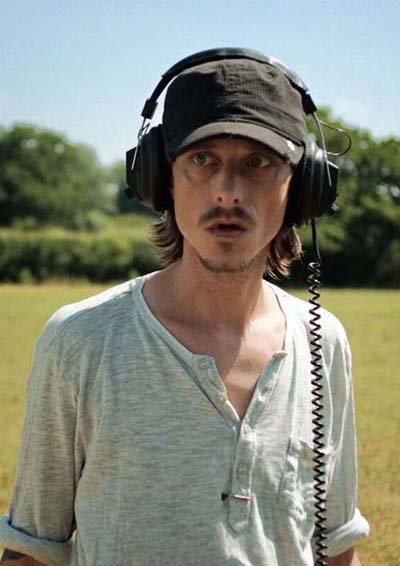 – Detectorists Gets A Recommission – Mackenzie Cook’s downright lovely BBC FOUR sitcom The Detectorists has been renewed for a second series. It centres around two metal detetector enthusiasts. A very stylish and understated affair that may have gone undetected (!) by many – this is well worth checking out when it returns.

– Dapper Can’t Give It Away – (Note: this only gets into the comedy section by the skin of its teeth) – The Internet’s Dapper Laughs (and now bizarrely ITV2’s Dapper Laughs) is a guy who has made his name with vine videos ranging from the offensive to the different sort of offensive. He made the news this week when UK homeless charity Shelter announced that they would not take any of his money. Dapper had recorded a Christmas album, apparently to raise money for homelessness. Although it is only on Spotify so you’d have to listen to it A LOT, to raise NOT A LOT. However in one of the tracks, he shouts at a “tramp” that he “smells of shit”, which seems a little odd in the circumstances. Shelter announced that due to the deeply offensive nature of Dapper’s work, they can do without his contribution. You can donate to Shelter yourself (without having to listen to Mr. Laughs) here.

– Stewart Lee and the Comedy Cabal – After his Facebook post (in which he suggested that life in the comedy industry was easier for “ethnics” and “women posing as comedians”, Andrew Lawrence earned the ire of fellow comedians but last week earned the support of UKIP leader Nigel Farage. Stewart Lee wrote this entertaining piece in Guardian about the whole affair.

That’s all for now. Have an amusing week.
@Shaneinho