Howdy holiday chums. We’re rapidly approaching the mulled hour that is the full-on festive period. Before you take off from the real world for mince pies and other better pies, you’ve got the opportunity to catch some primo live comedy in the coming week. Take a merry gander, my friends.

Tomorrow Friday December 15th is a festive edition of The Mess Around hosted by Giles Brody and Colin Chadwick. The yuletide messers include Ed Sammon, Owen Colgan, Rebecca Keane and Cilléin Farrell. The show starts at 8pm in the Vintage Room of the Workman’s Club.

This Sunday December 17th you’ll be going back to the Vintage Room for the Workman’s Comedy Club. Headliner Damo Clark will be joined by Jim Elliot, Darragh McGarrigle and others. The show starts at 8pm.

Then next Thursday December 21st you can spend your solstice at Boxworks Comedy in Waterford. The jam kicking will be headlined by Laura Byrne, feature the ever unstable Liam Nugent and be MCed by festive podcast host Alan Maguire. The show will commence at 9pm. 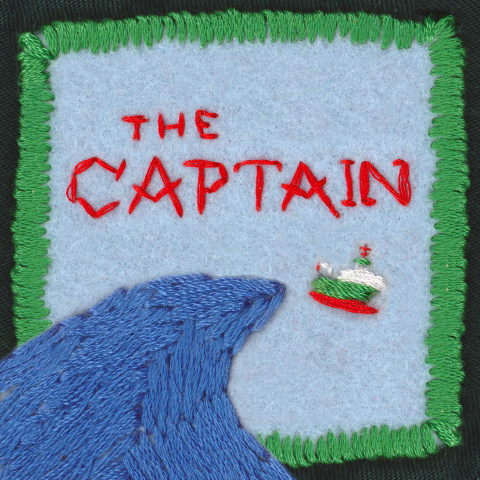 This Sunday a brand new podcast is being released starring Alison Spittle and Conor O’Toole. The Captain is a radio sitcom about a plucky Irish oceanographic research ship whose captain is more interested in seeking Adventure and Glory than any of the boring science stuff he’s meant to be overseeing. Each week he leads the long-suffering crew of L.É. Scholar headfirst into trouble above and below the most perilous reaches of the Atlantic Ocean. It’s high seas adventure rife with jokes and sci-fi danger.

Check your most trusted podcast providers on Sunday evening to get a salty edition of the first episode piped right into your ears.

Ruth Hunter’s talk show, which is objectively better than James Corden’s and I think even he would agree, is back and her guest this episode is comedian Martin Angolo. She’s assisted comedically by Julie Jay and Stephen Bradley.

Brona C Titley presents a solid list of ideas for Christmas gifts for women in this timely sketch.