Tittererer’s Digest #2 (feat. Your Bad Self)

Good Monday and welcome back to Tittererer’s Digest – your weekly round up of all things comedy and comedy adjacent. I’m your Headstuff Humour Editor, let’s get digesting!

If you continue to read Tittererer’s Digest, you’re gonna hear me bang on about SNL quite a bit. I absolutely adore it. And if anyone wants to tell me that it’s “a bit hit and miss, isn’t it?”, we can get together and have a long and boring argument, where I’ll explain that that’s sort of the whole point. SNL lost some pretty amazing cast members in the last couple of years – the likes of Kristen Wiig, Bill Hader and Fred Armisen, but I think that the new batch are rising to the challenge nicely. The likes of Kate McKinnon, Taran Killam and Vanessa Bayer are some of my favourite cast members ever! Anyway, Woody Harrelson hosted over the weekend. This, for me anyway, was the stand out sketch from Saturday.

Honourable mention goes to Fartcopter by Adult Swim and Nick Offerman’s Handcrafted Wood Emojis which featured on Conan this week.

– Your Bad Self – This is a sketch show, by The Stag director John Butler, that was on RTE for one series back in 2010. Thankfully, it’s currently getting another repeat. It had a really fabulous cast, including Domhnall Gleeson (Frank), Peter McDonald (Moone Boy), Michael McElhatton (Game of Thrones), Hugh O’Conor (The Stag) and Amy Huberman (Threesome). It’s understated, at times dry, at times incredibly silly and above all it’s very very funny. If you liked Big Train for example, this is something that you will probably absolutely love. Below is my favourite sketch from the show (and one of my favourite sketches of all time). RTE TWO, Thursday at 11PM.

– Trollied – For some reason, before I actually watched it, I had it in my head that I wouldn’t like Trollied. But now, having finally given it a go, I think it’s great. It’s a SKY1 sitcom set in a supermarket. It’s warm, not cynical and really quite funny. The fourth series has just started with new cast member, the fabulous Aisling Bea (currently one of Ireland’s finest stand up comedians). It’s well worth checking out. Sky1, Monday (TONIGHT!) at 8.30PM.

– Babylon – This is a comedy drama series created by Danny Boyle, Jesse Armstrong, Sam Bain and Robert Jones. It follows several characters from the top to the bottom of the London Metropolitan Police. It’s very slick and often very funny. The hour long pilot of this was broadcast earlier in the year, to much love and admiration, so it’s exciting to see the full series finally arrive. Channel 4, Thursday at 10PM.

P.S. Don’t forget that The Walshes is on BBC TWO on Tuesday at 10PM too! 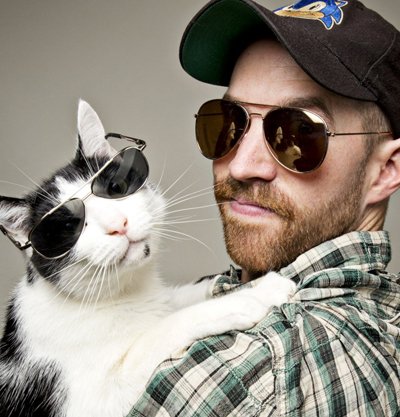 – Damo Clark – Aussie born, Irish adopted, London based comedian Damian Clark (left) is in Dublin this week. I can’t recommend enough that you catch my insane former next door neighbour’s show. Damo’s doing a few gigs over the course of the week so you’ve no excuse.

He’s doing the International on Wednesday night with Jarlath Regan, then he’s doing three nights at the Laughter Lounge from Thursday to Saturday. You can get your tickets here. Damo’s a big ball of energetic hilarity and one of the nicest guy I’ve ever met! Check out his brilliant comics here. 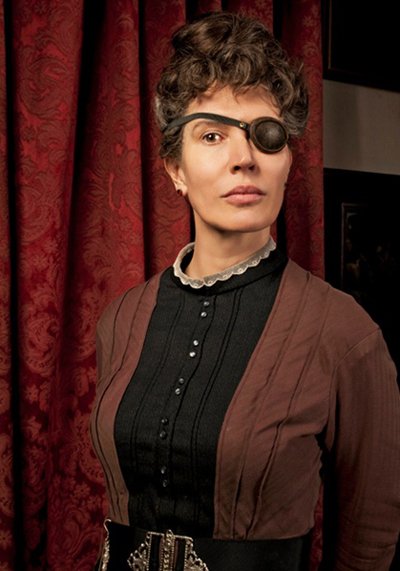 New Julia Davis Sitcom On The Way – The peerless Julia Davis has just had her new show Morning Has Broken green-lit and commissioned for broadcast next year on Channel 4. Davis, whom you may know from Big Train, Hunderby (left), Nighty Night and lots more, has written the sitcom and will star as Gail Sinclair, the host of a daily Breakfast Television programme.

Weekly Wipe To Return – Charlie Brooker’s Weekly Wipe will return to BBC TWO in the new year. Which is good news of course. Barry Shitpeas, Philomena Cunk, Jake Yapp and Limmy will all return. And if all that wasn’t enough, there’ll also be a customary 2014 Wipe in the Christmas schedule as well.

Dan Harmon to Publish Book of Essays –Community creator Dan Harmon is to release a book of his funny essays in 2016. Harmon is an extremely interesting character as well as being the creator of some quite brilliant work. This will definitely be worth reading. 2016 is a long way away yet though, so in the meantime you can make do with his excellent blog Dan Harmon Poops and his podcast Harmontown. Neil Berkeley’s documentary about the writer (called Harmontown as well) is also required viewing.

Well that’s enough to be getting on with. I’ll chat to you next week.
@Shaneinho