Hello there. I’m Conor Smith and I’m HeadStuff’s and your new humour editor. Alas, Alan Maguire—Irish Twitter’s nicest man—has moved on to fairer pastures (at least that’s how they look from this side). I cannot apologise enough to you all that I am not Alan. But this is the situation and we just have to live with it — much like everything in the last six months of our lives. Tittererer’s Digest will live on, just differently. Like when Jerry O’Connell left Sliders and they recast his character.

Courtesy of Conor O’Toole comes what has been described as the most adorable entry ever to the Firehouse Film Contest. It’s the adventure of three balls on a Japanese Rube Goldberg machine dubbed by some Irish talent. This is three and a half minutes of wholesome and clever fun, lacking almost entirely in the cynicism that I usually thrive on, and by god I love it. 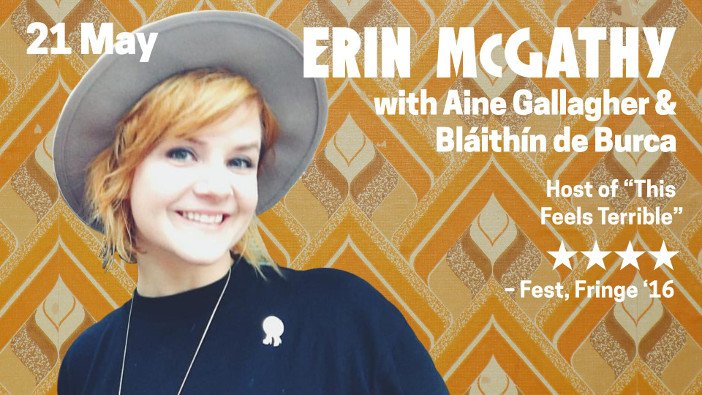 Speaking of Conor O’Toole and Ruth Hunter (who lent her voice to the Biisuke thing above, I forgot to mention that), their monthly comedy club is on in the Workman’s this Sunday. It’s descriptively named the Workman’s Comedy Club.

The gig is being headlined by Erin McGathy, who hosts the This Feels Terrible podcast and has been on proper American telly. Other acts on the night include Aine Gallagher and Bláithín De Burca (a recent guest on Personality Bingo with Tom Moran).

The show starts at 8pm on Sunday (May 21st) in the Workman’s Club on Wellington Quay.

3. Larry Wilmore: Black on the Air

Former Daily Show correspondent and host of the recently cancelled Nightly Show, Larry Wilmore is the host of a new podcast called Black on the Air. In the same vein as his former television show, the podcast entails discussing current events and interviewing guests. Wilmore has been in television for decades and worked on shows from The Office to Sister Sister. Hopefully the looser format of the medium will lead to a few anecdotes of on-set twin shenanigans or “twinanigans”.

This week is a boon for TV bingers as Netflix releases new seasons of two of its hit comedies. Last Friday they dropped the sophomore season of Master of None and this Friday you’ll be able to see the third season of Unbreakable Kimmy Schmidt. In the era of Peak TV it can be very hard to keep up with everything great out there. I have fallen behind on both of these shows so if you’re in the enviable position of being able to watch these shows immediately I recommend taking your weekend to do so. Before “Vigorous Hand Job Guy” convinces you to add the Leftovers to your schedule.

Netflix (those folks from above) announced that a fifth season of Arrested Development is in the works. The entire cast has been secured again but it remains to be seen how many of them they can gather in the same place at once, an issue which was blamed for season four’s less-than-stellar reception. A tweet from the show’s verified account seems to hint at them at least understanding this common complaint.

And there it is. Again, I’m really very sorry that I’m not Alan. We had some fun though, right? Yeah.

Stuck on Repeat | Why Alien: Covenant Should Have Been More of a Prometheus Sequel