This week marks the anniversary of the end of World War I. All of this week’s AudioBlind choices are inspired by, based on or in some way significantly connected to war. 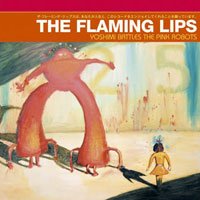 Yoshimi Battles The Pink Robots is a melancholic meditation on the themes love, deception and pacifism told through one person’s story. It also reflects the potential war for the soul of humanity between our machines and ourselves. This Flaming Lips album is beautifully filed under the genres of neo-psychedelia, space rock and dream pop. But I would have placed this firmly under sci-fi rock. It’s a complicated group of arrangements all supported by excellently written lyrics and ephemeral singing. The use of synthesizers can sometimes freeze me out of a song. I find their sound too calculated. In this case they’re used to great effect when juxtaposed with a strong guitar riff. Often the use of more electronic instruments can date an album very quickly. The particular sound quality only existing for a couple of years while both the hardware and the software get upgraded. On this album the sounds are so well used that they genuinely sound as though they’ve been passed back in time from a bizarre future. I won’t fight with the critics on this one. It took me a second pass to unlock the album’s appeal but right after I recognised it for its strange beauty.

Strong lyrics beautifully sung with excellent use of synths and samples. 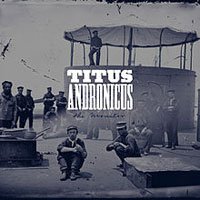 The Monitor is a concept album that uses the American Civil War as its base. Titus Andronicus are a hugely ambitious punk/indie band whose next project is reportedly a 30 song rock opera. Rather than just writing a few songs about the conflict The Monitor is made up of all kinds of material drawn from soldiers’ letters and speeches. Even down to the kind of instruments (violins and horns) and chants popular at the time. Like all decent accounts of war it has to come from the voices of those directly involved. Each song is more about a single perspective than a comment on the total shame of war. There’s also the brilliant use of lo-fi samples that either sound like first hand accounts or television news reports and ads. The length of each song carries its own logic with some as short as 2 minutes and a final 14 minute epic in The Battle of Hampton Roads. The album is enjoyable from start to finish. And the American Civil War is one just disconnected enough by time that it provides plenty of inspiring sounds and ideas without a contemporary charged political edge. 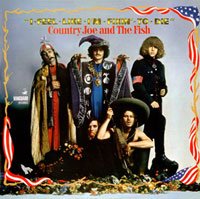 Steeped in the revolutionary and anti-war politics of the 1960s was Country Joe & The Fish.* When mentioning anti-Vietnam War anthems this one rarely comes up despite being highly regarded. The joyful ragtime beat of the opening track sarcastically celebrates the insane enthusiasm for the ongoing war. The listener gets the terrifying experience of an out-of-control circus where the clowns are smiling wide while they continue a murderous rampage. It’s as effective as an anti-war anthem could hope to be. The rest of the album is a lot more melodic and sits well within the tradition of psychedelic rock. More about love and loss than blood and guts. There’s a harpsichord-using, Doors-like track called Janis. In Thought Dream there’s a plea not to drop the H-bomb, which seems part genuine plea and part dream. The pace of the song suggests someone watching the bomb being dropped and lamenting as they go out on an LSD trip. The album finishes on a pair of instrumentals. Overall the album is distinct and inescapably of its time. But a song like I Feel Like I’m Fixin’ To Die is still massively relevant and strangely chilling to this day.

*Country Joe being a popular nickname for Joseph Stalin and The Fish referencing Mao Zedong’s statement that the true revolutionary moves through the peasantry as a fish does through water.

Playlist Track: I Feel Like I’m Fixin’ To Die Rag

I want more people to hear this track so on it goes! 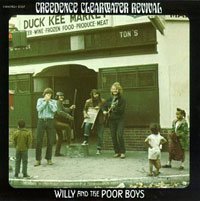 If I Feel Like I’m Fixin’ To Die is one of the best forgotten anti-war anthems of the 1960s then Fortunate Son of Creedence Clearwater Revival’s fourth studio album is one of the best known. A scathing attack on those fortunate enough to be born into a family that can buy or cajole their way out of having to fight in a war so many of the same generation were slaughtered in. The rest of the album continues with a strong counterculture vibe. CCR were firmly interested in the mythology of America with their roots rock style. At a time when other bands were taking a psychedelic road CCR’s sound was borderline out of date. It’s interesting to see how so many bands dealt with the same issue of a war they didn’t want to see fought. Protest came in so many forms and with CCR their approach was clearly, ‘we’ve lost our way and need to remember what we should be fighting for.’ The end result is an album that takes a lot from the history of American music and gives a lot in return. I’m surprised by how often Willy And The Poor Boys is going on repeat.

A different kind of sound from CCR that actually strays into psychedelia. 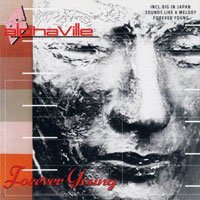 I expected a lot of genres to pop up during the last week. German synth-pop was not one of them. Alphaville’s song Forever Young showed up on my radar when I went in search of albums or songs that were unexpectedly anti-war. This disconnection between the original song and its message might have to do with being covered multiple times for shows like The O.C and at the end of Napoleon Dynamite. Why anybody expected a German group creating music toward the end of the cold war to not make at least one song like this is beyond me. It’s not as much anti-war as it is a response to impending doom as a result of war. Unlike others, who might kick and scream against the possibility of a nuclear apocalypse, Forever Young is full of melancholic acceptance. The band playing as the Titanic sinks. A lot of the album’s other songs wouldn’t be out of place introducing a classic 80s action movie. If I hadn’t heard of Alphaville it’s because as the Cold War was coming to an end, so was synth-pop’s time. Overall the album is a very strong contender for one of the best synth-pop albums I’ve heard.

A lot of the albums over the week had to do with sending people off to war. To die in somebody else’s country. Copperhead Road’s political songs deal with the domestic side. Veterans returning from war and going back to bootlegging only to have to try selling marijuana instead. Or to be lied to by those in power as Earle sings about in Snake Oil. Comparing then president, Ronald Regan, to a snake oil salesman. I don’t quite know where to place this album. The first half is part country, part rock and part blues with a heavy, almost metal, sound – which I want to call country-metal. The last half is slightly more standard sounding. Something I would expect to find on any country album. The folky elements connect his sound to a trans global folk movement. Dragging up memories of The Pogues and other more classic folk acts mixed with a Nashville approach. The honky-tonk piano at the start Snake Oil firmly rooting it in the great American Country tradition. I didn’t expect to enjoy this album at all. And that remains true of the second half. But the first half is exciting, fast paced and unique.

The album’s opening track is its defining sound. 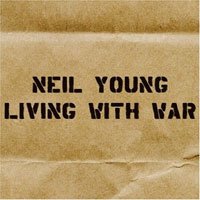 Obviously I am coming to Neil Young late in my life. And according to some I’m not beginning in the best place. Living With War is a criticism of the policies of the George W. Bush administration and its conduct of the war in Iraq. It was written and recorded in nine days between March and April and released in May. To write an album in that time is an impressive feat of production. But in terms of songwriting and musical arrangements the album is washed out. Young attempts to imitate the anti-war folk movement of the 1960s. Unfortunately that’s the first mistake. The album sounds nostalgic and sometimes even hokey*. I was waiting for some great message to pop up. As they often do in anti-war albums. Unfortunately the songwriting rarely goes deeper into the issue than, ‘War is bad.’ Which is a pity because all the essential elements are there. There’s even a hint of the album that could have been in the titles of the songs and the strong rock sound. This album feels like somebody pulling their punches and never really committing to their ideals. What might have seemed like a spark of genius at the time could have done with a lot more development.

*The album ends with an infuriating rendition of America the Beautiful.

Playlist Track – After The Garden

According to Neil himself the album isn’t meant to be broken down into tracks so start at the start.

Suggest something for Jake to listen to. Is there an album you think he might not have heard that should appear in AudioBlind? Let us know in the comments or on Twitter @ThisHeadStuff, #AudioBlind