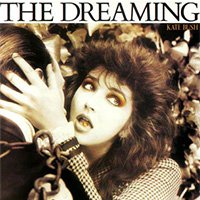 Kate Bush was constantly played in my house as a child. Last year my brain threw up the name to one of her songs (Babooshka) apparently without reason. The result was a flood of locked memories of her music from every album but The Dreaming. It’s very difficult to write anything new about Kate Bush. So I’ll just say this: I get it. I now know why an entire generation seems spellbound by Bush and her music. Haunting probably isn’t a good enough word. Haunting implies her voice came from this world when it’s actually so distinctive that it’s otherworldly. Maybe that’s why I initially locked it away, out of fear of the unknown. Each song on the album is an individual moment and story all of its own. Covering subjects that range from the life of Houdini, the Vietnam War and the plight of the Indigenous Australian population. Bush produced the album herself and was clearly experimenting and pushing herself in as many directions as possible. Rather than moving into one area exclusively and mining that, Bush grabs what interests her and puts it all together under one banner. The result is a fully authored album with a unique sound that I’ve yet to hear replicated. I dare somebody to try.

Playlist Track: Sat in Your Lap 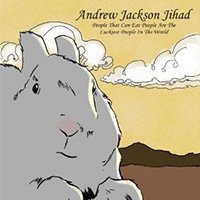 Andrew Jackson Jihad’s second studio album had been on repeat in my girlfriend’s house for at least a week before I sat down to listen to it straight through. Every time I heard one of the folk-punk tracks I’d replay it. Out of all of the bands I’ve listened to recently, AJJ most reflect the very early ideals of punk. In the same way that punk took the essentials of pub rock and American rock and roll and used them for their own purposes, so too have AJJ taken a hold of folk. The result is music that is fast, often sarcastic and kind of unprofessional, which gives it all of its charm. That unprofessionalism results in very raw songs and arrangements that almost always sound improvised. The lyrics are often pessimistic, filled with tragic existential questions that are slipped past the listener’s decency radar by the quickness of the guitar and the joyfulness of the beat. Although there is a little variety in the album, AJJ are at their best when they stick to a funk-punk formula with songs under 3 minutes. Overall, People is an album with content and techniques that should bury it, yet is saved by the band’s ‘couldn’t give a fuck’ attitude.

Playlist Track: A Song Dedicated to the Memory of Stormy the Rabbit

The least folk-like song on the album, with a creepy xylophone opening and bizarre lyrics. 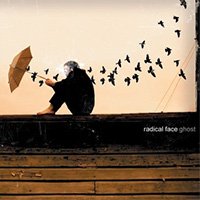 I have a habit of hearing songs that are over-used by advertisers and choosing to ignore everything to do with the song’s creator. Welcome Home, Son has been used to sell cameras and cars over the past few years and comes from Radical Face’s first studio album. In an attempt to challenge myself, I stuck the album on and expected very little. What I got was yet another concept album. This one concerns the notion of houses being capable of holding onto memoires, with each song being a variation on that theme. Often the songs are from the houses’ perspective. Recently I’m hearing less of this airy alternative rock style that was popular in the mid-00s and I’m pretty happy that it seems to be on its way out. Radical Face’s album is probably as good as the style ever got. The album is gentle from start to finish and barely ever raises above a whisper. The more intense moments are short lived and punctuate a dreamy quality that seems to have settled right into the bones of the album. The album is very sweet sounding, paced well and keeps close to its theme. Apart from that it’s unremarkable to me. I don’t know where it goes. Right now it’s being left to the side.

Despite its ubiquity, it is what got me here so… 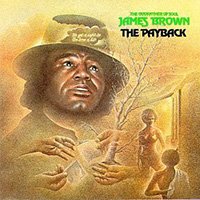 Give me one week without struggling to talk about funk. After watching some videos of Janelle Monáe, who I reviewed last week, I was struck by how much her performances reminded me of James Brown. A man who I could easily parody and even reference a huge number of his songs but in truth, have never listened to an album of his. With a biopic on the way I thought it might be time to. The Payback, was written as the soundtrack to a blaxploitation film but never used.* Each song has a soundtrack-like quality to it. Everything is slow and repetitive with Brown seeming to freestyle over a lot of it. It sounds like the lyrics weren’t really written down but suggested to Brown. Each song has a mammoth running time (the shortest is just shy of 6 minutes) resulting in a total of almost 73 minutes for the album. This allows each song to have moments; points at which the steady funk core gives way to trumpet solos or languishing blues-style laments. Everything you’d expect from Brown is here. The sort of whoops and screams he’s famous for. But there’s also Brown’s incredible voice and classic funk lyrics. It might not be the easiest of Brown’s music to consume but it’s a great example of his sound.

*Apparently it sounded too much like ‘more of that James Brown stuff’.

The opening track is a perfect example of what to expect from the rest of the album with its promise of revenge. 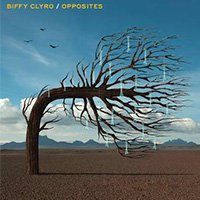 Biffy Clyro have existed on the periphery of my musical life for a long time. It was only a matter of time before I gave in. Apparently if you’d like me listen to a band, just repeat their name to me for almost 10 years. Biffy Clyro’s 6th studio album is full of a strange mix of quiet, dark reflection and borderline musical triumphalism. At times it slips into full soulful ballad mode before roaring its way back towards stadium rock. Concepts on the album knitt nicely together. The 2 CD deluxe edition is built to mirror one another. With one side seeing the worst in life and the other seeing the best. This is something I’ve talked about before. Good bands can take duality or sudden gearshifts in an album and make it work. Biffy Clyro do it here in buckets. Opposites is consistently enjoyable throughout and for many different reasons. The songs comprise of laments, stadium-filling epics and face melting rock hits. To me, this signals a band that are doing exactly what they want and doing it their way, resulting in my playing of this album almost every day. You win, peer pressure.

Playlist Track: Victory over the Sun

Reflective of the album, a great example of how a gearshift can work in a song. 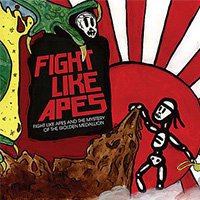 This is another slaying of an old personal demon. Fight Like Apes were ubiquitous on the alternative rock scene in Ireland. Unfortunately I wasn’t as open-minded and passed up multiple chances to see them. I’m an idiot. Fight Like Apes And The Mystery Of The Golden Medallion* is what was sorely missing from Irish rock for a long time: guts. It takes guts to make an album this distinct. There’s definitely the genetic fingerprint of punk deep in the sound. The same pounding noise consistent with early punk, accentuated by singer MayKay’s sometimes sweet, sometimes vicious voice. Rather then calling this alternative rock, I’d prefer the phrase rock plus. It takes what we know as alternative rock and brings it a step further by dragging in elements from new places. A lot of what seems to make up the material for this music is the kind of pop culture that was at hand. With references to obscure 90s television shows and samples from long forgotten science-fiction films. Sometimes there’s a ‘pain in your chest’ intensity to the lyrics. Betrayal and paranoia seeping out of songs, followed very quickly by almost silly joyfulness. This album is dripping in personality. Now to go back in time and go to the gigs I missed.

*Pretty sure that they use such long album names to use up a reviewer’s word count.

With almost no lyrics, this song also appears on my personal list of favourite songs ever. 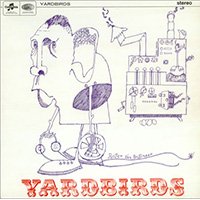 The long list of ‘bands I have to listen to’ takes one step forward and two steps back each week. Having never even heard of 60s British Blues-rock act The Yardbirds until a few weeks ago, when they were only one of a huge list of acts mentioned to me by Comedian Michael Mee. They’re part of what he considers ‘essential’ to my musical education. And I don’t think he’s wrong. If I were to tap into the file in my head labelled blues-rock, cross reference it with psychedelic-rock and play the sound file, it would be eerily similar to what’s on Roger the Engineer. The guitar sound is mostly classic rock played fast and steady until it occasionally rips into a psychedelic solo. This helps the album take a quick turn musically, keeping it from being what I expect to hear and instead being what I want to hear. The bass on What Do You Want is metallic and intimidating, bringing a heavy edge to a song that is already bursting with style. This album seems to have been created at a crossroads in music. Part blues, psychedelic-rock, part pop with a little hint of what would become metal. It’s of interest to anyone intrigued as to what that melting pot could produce.

Playlist Track: Over Under Sideways Down

The alternative title for the album and a great mix of rock, blues and psychedelic.

Gone with the Wind | A Film of Many Firsts

There is no Walk of Shame, Only Poetry in Motion