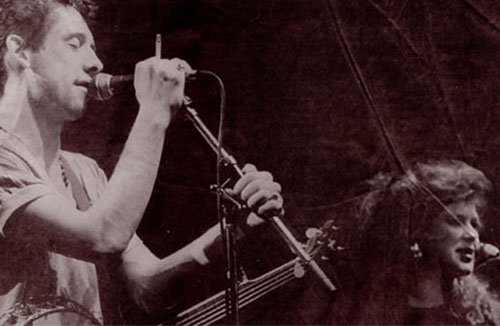 Twenty seven years ago a gloriously gritty festive song was unleashed on the world. The Pogues’ ‘Fairy Tale of New York’ violated the December pop chart of 1987 and even though it failed to reach the number 1 spot, it has achieved solid radio play every Christmas since.

The song is now a Christmas classic and has been covered by numerous artists over the years but the two voices that do justice to the festive ballad are the original ones that will forever chant out the coarse words of the surly song. Shane MacGowan’s grating tone contrasts wonderfully with Kirsty MacColl’s lilting voice but she was not originally the first choice for the duet.

Cait O’Riordan was The Pogues’ bassist and was supposed to sing the female part of ‘Fairytale of New York’ but, before the song could be recorded she had left the band. The Pogues’ producer Steve Lilywhite suggested that his wife Kirsty MacColl should step in as a guide vocal during production while they looked for a replacement for O’Riordan. 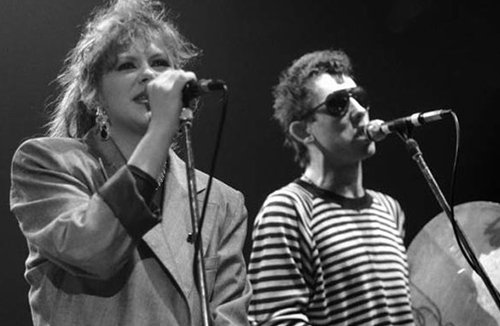 The band took a particular shine to MacColl and they decided she should sing on the record, thus making her a permanent part of the iconic Christmas song. ‘Fairytale of New York’ sums up one emigrant’s night of alcoholic excess in the Big Apple as he spends his Christmas Eve in the ‘drunk tank’. The song goes on as an argument between the emigrant and his drug addict girlfriend as they call each other all the names under the sun, while the boys of the NYPD choir are singing Galway Bay.
Artistic licence was at play as the New York police department does not have a choir and in the video for the song they do not play Galway Bay, instead they play the tune from Mickey Mouse.

Portraying the down and out couple in the video, MacGowan and MacColl exchange strong insults which led to the song being censored by radio stations across Britain and Ireland while other stations were willing to play the song with a number of words dubbed out. Today, thankfully the ban is no more and very few stations still censor some of the rougher elements of the song.

Without any doubt The Pogues’ ‘Fairytale of New York‘ will stand the test of time as long as bittersweet tales of love and woe resonate with people, particularly of relevance to any Irish person who has lived in New York or beyond.

The Oligarchs Wish You A Merry Christmas