Trick Mist is an Irish electronic songwriter based in Manchester. Coinciding with his debut EP ‘Jars in Rows’, Trick Mist presents his ‘Gap Series’. These are videos made for Trick Mist’s music but without his involvement in the process. Multiple artists were invited to respond to a song from the EP and in turn create a reactionary piece of video work based solely on their perception.

Trick Mist -The EP is very observational in nature. I think that’s because I was a new resident to Manchester. Each song on the EP explores specific topics. Change, love, value systems, escapism and acceptance all get a run out. I had this constant image of them all lined up beside each other hence the title ‘Jars in Rows’.

‘Tampering Happy’ is a song about change and the attitudes surrounding it. Its an exploration into how change and lack of change is viewed. Whether people embrace it, resist it, wait for it or demand it, change is a force in our lives that is constantly charged. Apathy and activism are explored objectively and the contemporary ‘trickle down’ theory seems never too far away.

Here is the video created by dancer Shona Roberts and filmed and edited by Steve Blower.

Here’s what they had to say about the process…..

I initially had some very strong ideas from the music. The lyrics talk strongly about change and how we deal with it, whether that is to fight it or go with it. This gave me the image of a duet where there would be a resistance bond between the two dancers. I wanted to use an improvisational platform using the ideas of counter balance and a release reaction which would develop and build gradually. It eventually became a solo piece, but interestingly there is still an image of the original idea of these two figures, the positive and the negative, as projected by Steve’s editing.

Another thing echoed by Steve’s editing was the use of reversal. As I played with the improvisation it felt right to add changes in dynamics to the movement and I began to reverse movements and go back over them. The reversal used in editing, especially in the beginning sequence, has actually reversed my already reversed movements; the only time you can tell is when my hair moves in the wrong direction. From the style of the music and its haunting melody of violin and bass I envisioned this dance would take place in a vast open space. I thought through a few different settings whilst listening to the music. Open fields to roof top city views, enormous abandoned warehouses and industrial waste lands. However I kept coming back to the image of city scenery, as opposed to nature and fields. The spot chosen for the video is a large abandoned space in Salford with a massive view of Salford and Manchester in the background.

I also thought about light and whether it was plausible to film at sunrise as the promise of a new day, a new start; or sunset as something coming to an end. I decided dusk would be more relevant when I added fire performance as the final shot in the video. The use of fire at the end was an experiment. I wondered whether it would work with the images from the movement, but I feel it does. The significance of using fire within the video was the phoenix element to the end. Everything burns, embrace change.

My impression upon hearing ‘Tampering Happy’ for the first time was one of opposites and their relationship with one another, the grey areas: stagnation – fluidity; security – adventure; passion – familiarity; analogue – digital. This led me to consider dawn or dusk as an ideal time to film the video in order to capture change between day and night. This would be a canvas on which Shona could express her interpretation of the song. I was knocked out by Shona’s work in the video and it seemed to fit perfectly with what I’d envisioned. This made my choices easier.

My first choice was to place two ‘characters’ in the video to show the two sides of the story. The general theme was of a journey from stillness (with a yearning for change) to an emotional and physical catharsis. This, rather than create a gulf between the opposing notions of choice, enables a complicated relationship to develop where the boundaries between our seemingly opposite choices can be melted and seen as a whole to be celebrated. A phoenix-like visual representation of stillness into change and the control we can exert over our many versions of self.

Shona Roberts is a Manchester based Dance artist: Dance Choreographer, Contemporary Dancer, Fire Performer and visiting lecturer in dance at the University of Salford. To contact Shona visit her company website at travellinglightcircus.com

Steve Blower is a Manchester based Photographer and Musician. Contact Steve at: [email protected]

‘Jars in Rows’ EP is out now 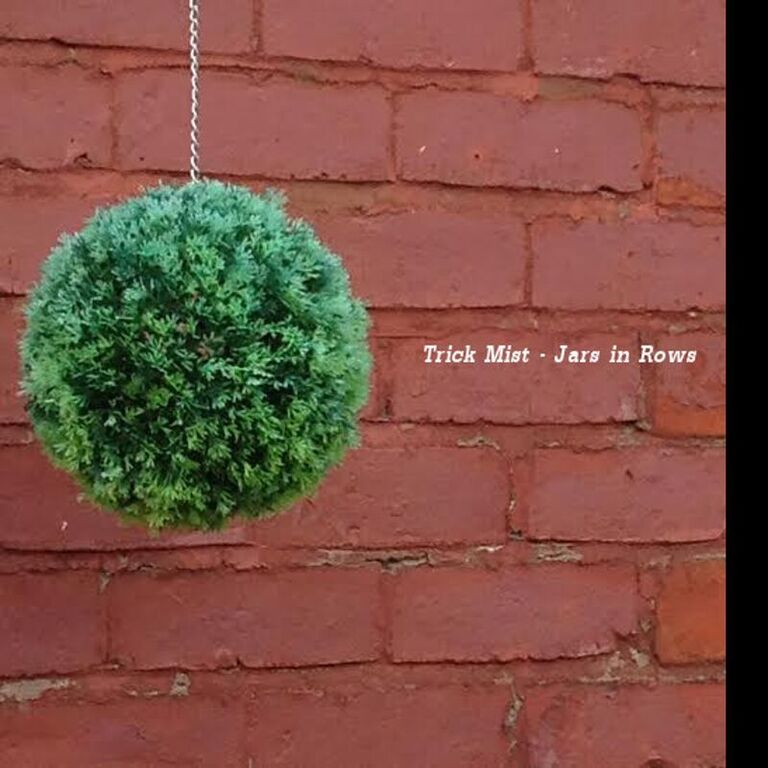 Trick Mist is an Irish electronic songwriter based in Manchester. His music positions the lyrical song within a wider experimental electronic context. An intriguing blend of lyrics, traditional Irish music odes and homemade samples form a sound which aims to move you inside and out.

The true history of Santa Claus