Who Is The Walrus? | The Beatles Conspiracy

It’s overwhelmingly likely that Paul McCartney is the original, mop-top musician who came into the public eye in 1963—remaining there ever since. However, the truth is dull compared to an old conspiracy theory regarding the breakup and demise of the most popular band in history. The background of the Beatles conspiracy hinges on their track, ‘I Am The Walrus’. This piece of psychedelic genius was the basis for a dark tale lurking below the surface. The track’s collages of experimental sound are there for a reason, according to the conspiracy theorists. To understand this, it is best to look at the theory, and its place in Beatles folklore.

The Beatles conspiracy theory plays out as follows. In late 1966 Paul McCartney died and was replaced by a man who had entered a lookalike contest in 1965. The man—a Canadian named William Shears Campbell, or Billy Shears—seems to have disappeared from the earth after November 1966. In the eight months leading to the completion of their masterpiece Sgt. Pepper’s Lonely Hearts Club Band, The Beatles withdrew from touring and shifted musically. Both changes are, supposedly, explained by the conspiracy theory. Guilt-ridden, the band scattered “clues” pointing to McCartney’s demise. In the eyes of the theorist, multiple clues appear on album covers and throughout their discography, with ‘I Am The Walrus’ at the centre of it all.

There are almost one hundred nods to Macca’s supposed death, so it’s best to focus on the more “obvious” clues. Working backwards from Abbey Road is one way into the Beatles conspiracy. On the cover of that album you see all four Beatles marching as if in a procession—Lennon is the priest, Starr the mourner, McCartney the deceased, and Harrison, in his workman’s clothes, the gravedigger. Notably, Paul is out of step with the rest, walking barefoot, and, famously a lefty, is holding a cigarette in his right hand.

Also on the cover, further back, the beetle car has the license plate “28IF”—referring to the 28 years Paul lived (though he was actually 27 at the time). However, some Eastern cultures believe that we are one year old at birth, and also bury people in their bare feet. These facts, given the group’s interest in Eastern mysticism, are seen as big clues by the conspiracy theorists.

Back further to The White Album and, though the album cover is plain, the music holds the clues. For example ‘Glass Onion’ name checks the walrus as Paul (more on that later). ‘Revolution #9’, played backwards, supposedly says, “turn me on dead man”. ‘I’m So Tired’, again played backwards, offers the line. “..Paul’s dead man, miss him, miss him..”. On ‘Mother Nature’s Son’ there are the poignant lyrics, “..find me in my field of grass”. More compelling yet is the small picture of William Shears Campbell on a poster packaged with the record.

Elsewhere, the Eastern mysticism comes into play again. A palm raised behind Macca’s head on the Yellow Submarine and Magical Mystery Tour covers is a symbol used to signify death. The movie Yellow Submarine also holds a point of significance. During ‘Eleanor Rigby’ a gravestone reads “No.49 Here Lies Buried”—the theory being 4=P-a-u-l and 9=M-c-C-a-r-t-n-e-y. However, it’s Sgt. Pepper’s which apparently acts as the tribute album.

There’s a lot to Sgt. Pepper’s, so proceed with scepticism. On the back cover, Paul is facing a different direction to the rest of the band. In the centre picture he is wearing a badge that reads “OPD” (officially pronounced dead). On the front cover there is a palm behind both Paul’s head and, notably, James Dean’s. On the ground to the left are flowers in the shape of a left-handed bass. Holding a mirror to the centre of the drum kit, or gravestone according to the theory, spells out the date of his death. It reads “ONE ONE ONE X HE DIE” or, “the 9th of November he die”. To the right is a red-haired doll, symbolic of Paul’s redhead fiancee Jane Asher. In her right hand is a miniature car—a white Aston Martin like McCartney’s. By her left hand, a pair of racing gloves, covered in blood.

The songs themselves offer clues as well. In its opening seconds, ‘With a Little Help From My Friends’ introduces the character of Billy Shears. Later, it gets blatantly eerie with the apparent date of McCartney’s death on ‘She’s Leaving Home’:

“..Wednesday morning at five o’clock, as the day begins”

The 9th of November 1966 was indeed a Wednesday. Towards the end of the album, on ‘Sgt. Pepper’s Lonely Hearts Club Band – Reprise’, you can hear Lennon shout “Paul is dead, yeah really, really dead” at approximately 1:10.

Then, on ‘A Day In The Life’, the mother of all clues as Lennon sings:

“I read the news today, oh boy
About a lucky man who made the grade”

Someone who reached the pinnacle and lost it all through death. It’s been suggested that the song was a reaction to the death of Guinness heir Tara Browne—who died in a car crash in December 1966—but Lennon later denied this. Also curious is his lyrical reaction to such a traumatic event:

“Well I just had to laugh, I saw the photograph”

Elsewhere on the song, a line like “blew his mind out in a car”, offers some real fodder for the conspiracy theorists.

On another track, ‘Strawberry Fields Forever’, at approximately 3:58, you can hear Lennon say “I Buried Paul!”. That song doesn’t appear on Sgt Pepper’s of course, but features on Magical Mystery Tour—as does ‘I Am The Walrus’.

Finally we arrive at ‘I Am The Walrus’—the crux of the Beatles conspiracy. The track is, supposedly, a retelling of the events and feelings following McCartney’s death. It’s based on the Lewis Carroll poem, ‘The Walrus & The Carpenter’, from Through the Looking-Glass, and What Alice Found There. In this poem a walrus is the central character of a deception. From the aforementioned ‘Glass Onion’ we know that “the walrus is Paul”. This narrative thread implies something deceitful surrounding McCartney. The song itself, certainly in the first two verses, recounts the trauma of a police station—with use of the word “pig”. Coupled with the words “I’m crying”, it could be surmised that the band are together in a police station, upset about something.

Lennon continues with “sitting on a cornflake, waiting for the van to come”—eating breakfast, waiting for a police van? Interestingly, a police van also appears on the cover of Abbey Road. Furthermore, the line “stupid bloody Tuesday” could refer to McCartney’s last day on earth. The chorus leads with, “I am the egg man, they are the egg men”, hinting at the group’s fragility, before delivering the titular line “I am the walrus”. Then, the strangest lyrics of the lot—”Goo goo g’joob”. This line comes from James Joyce’s Finnegans Wake and refers to the last words of Humpty Dumpty before he fell and smashed to pieces. Putting this all together—the band is fragile, someone is not who they say they are, and everything is broken forever. Even as the song fades there are lines spewing from a radio broadcast of King Lear:

“Now good Sir, what are you? A most poor man, made tame to fortune blows, Bury me, bury me, burn my body, Oh untimely death”

Obviously, this is all conjecture. Why The Beatles incorporated these “clues” into their work is anyone’s guess. Granted John Lennon made no effort to dispel this Beatles conspiracy. Instead, he fuelled it. In particular, with the scathing track, ‘How Do You Sleep?’ from Imagine. Here, Lennon sings, “those freaks was right when they said you was dead”. In the end, wild conspiracy theory or not it, it’s one way to look at The Beatles from a whole different perspective. 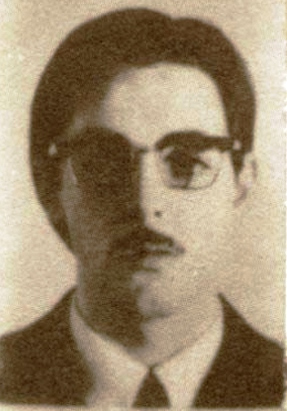 The Friendship Flick | Butch Cassidy and the Sundance Kid At 50

Where To Start With | Frank Zappa

Dennis Wilson | The Beach Boys, The Beatles & The Beast