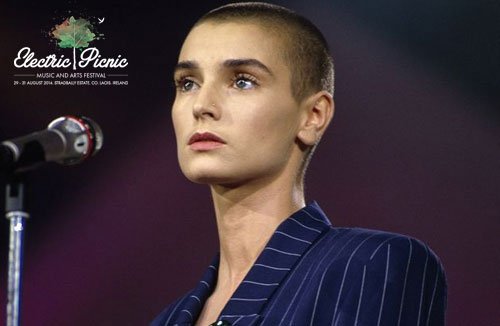 I was going to call this piece ‘Nothing Compares…’ but after a bit of thought I knocked that idea on the head. Not because it’s the most obvious title in the world, but well, it depends on what your comparison is based on really…

Lots of artists compare to Sinead O’Connor. Especially if the comparisons are based on talent, controversy and very public mental health issues.

The thing is though, not for our Sinead is the downward spiral into terminal self-destruction that befell some of her female counterparts such as Amy Winehouse or Janis Joplin. She’s over twenty one years too late to join the 27 club where a lot of the talented-but-tortured have found themselves. Yes, thankfully, Sinead is still here to sing her tale and in my opinion, ranks highly in the ‘not to be missed’ list of acts appearing at this year’s Electric Picnic.

The next most obvious thing to say about O’Connor would be to use the ‘marmite’ cliché, because there is no denying that for many it’s either a love or a hate relationship. When I told a good friend today that I was writing this, there was a degree of eye rolling. Talent aside, at some stage over the last thirty odd years, chances are she’s said something that most people haven’t approved of, or at the very least, found alarmingly off the wall. But in my opinion, artists should only be judged on the controversy they create if it over shadows their talent, and in this case, nothing could be further from the truth.

O’Connor is undoubtedly one of the most fascinating, fearless and opinionated musicians of our time, but more importantly, one of the most talented. She rose to fame in the 1987 with her debut album ‘The Lion and the Cobra’ with Rolling Stone saying of her debut;

‘Sinéad O’Connor’s first album comes on like a banshee wail across the bogs. Blending the uncompromising force of folk music, the sonic adventurousness of the Eighties and lyrics that draw on classical history, ghost tales and the Bible, The Lion and the Cobra is easily one of the most distinctive debut albums of the last year.’ 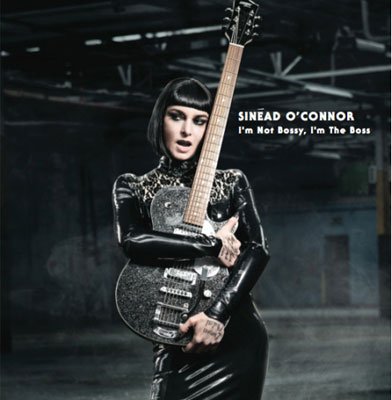 Now, ten albums into her career, she brings us her latest offering ‘I’m not bossy, I’m the boss‘ (previously titled The Vishnu Room). On the cover of this album she strikes a playful, provocative pose while covered from chin to heel in a latex suit – and almost more controversially, wearing a wig… When questioned on this she explained that she wanted to show that being sexy doesn’t have to mean ‘parading in your altogether’, that women of her age could still be sexy, despite popular opinion. (Go Sinead!)

With this kind of playfulness, it’s not hard to remember the stunningly beautiful, doe eyed Sinead that pursued the jugular of Kenny Everett on the Late Late Show in 1989. Like her classic anthem Mandinka, she’s hardly aged a day and is still, despite her controversial inkings, every bit as beautiful.

Every bit as beautiful, as passionate and as strident. In fact, if she puts half as much energy and emotion into her performance in Stradbally as she did into the night I had the privilege of seeing her live in Vicar Street in 2002, then the crowd are in for a treat they will never forget.

The memory that stands out most in my mind of that night, was when she made reference to the recently published Savi Report into Sexual Abuse, and with a scream of ‘Don’t tell us “you didn’t know”’ she launched into the most heart-breakingly emotional rendition of ‘Fire on Babylon’ and to this day, even remembering it gives me goosebumps.

There is so much more I could write about Sinead O’Connor. But there is nothing to be gained from re-telling stories of how she did this, or said that. I should say that, believe it or not, she actually doesn’t take herself that seriously. It doesn’t even bother her that her best-known song, and the hit that really propelled her into the stratosphere “Nothing compares 2 U” was written by someone else. In fact, she tells a funny story of asking her son once to clean his room, and he answered her back with “Well I could, or I could just get Prince to do it”.

I could also go on forever about how she has a voice like no other female artist alive, but again, there is no point. I will finish with this, my advice to Electric-Picnickers for this year; go and see her. No matter what your views, no matter what your leanings, we are privileged that this voice is still among us. Sinead O’Connor is not perfect. But we should be proud that as a nation we can call this maelstrom of talent, passion, opinion and emotion one of our own. We can demand no more of our artists than they give us 100% of everything they have, oftentimes to their own emotional detriment. Lesser humans have succumbed to their demons, their talent never to be witnessed in the flesh again.

She is not one of them. No, on so many levels, there is just no escaping the fact that nothing does, or ever will, compare with Sinead.

Go see for yourself.