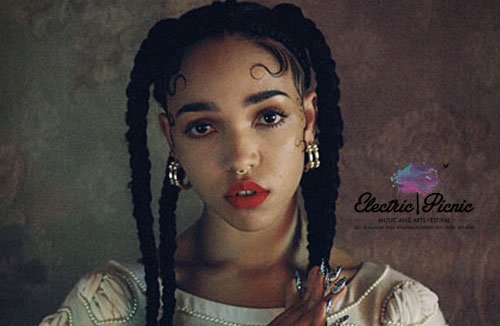 Since the release of her debut single ‘Water me’ on Bandcamp in 2012, it is fair to say that FKA Twigs has received a lot of attention. She seemed to float into the subdued trip-hop and R&B scenes, with an often downright spooky marriage of the two genres. The 26 year old singer-songwriter boasts a shockingly mature sound, given that we still await the release of her first album, with an unapologetic rawness that comes from somebody ready to conquer the industry, but is not fearful of it. Her first two EPs established a loyal and awe stricken fan base who await (any day now) the explosion of the artist into mainstream appreciation.

Her sound can be located somewhere between the lengthy melodic builds of Massive Attack, and the disturbing yet melancholic aesthetic of Fever Ray. Incidentally, it was the Twitter account of Chrysta Bell that first tipped me off to FKA Twigsback in 2012, and if Chrysta Bell recommends something, you better believe I’m going to check it out. Twigs seems to belong to that same landscape of female artists who appear to have been dreamed up by David Lynch, and placed in an industry which they belong very much outside of. The microcosm of the industry in which female artists are respected, adored and appreciated for their honesty and how true they can be to themselves, not how far they are willing to stretch for their record label.

Following the attention that her first two EPs brought, FKA Twigs dipped off the radar for a little while, leaving us fans with a frustrating eight tracks to tide us over until we heard from her again earlier this year. There was to be an LP – a whopping ten track LP- to finally sink our teeth into. With hardly anything that resembled a press tour, or advertisement for it, FKA Twigsdropped her video for the first track from the LP, ‘Two Weeks’. 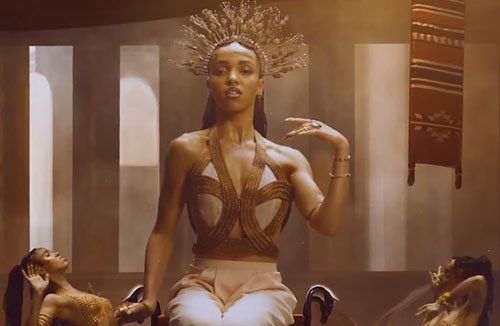 ‘Two Weeks’ is certainly the most mature and well established example of her work to date, in terms of both the track and the aesthetic of the music video. Tipping a hat to the artist’s roots as a dancer, Twigs is placed in the centre of a Grecian throne room, with herself positioned as the overseeing ruler. She stares at the viewer, daring us to challenge her authority as all ruling queen of melancholic trip beats, and who are we to stop her? With sensually tactile lyrics and booming, vibrating bass, the track oozes feminine sexuality with a subdued and gentle push.

Her live performances tend to reveal a more delicate side to the artist, affirming in the minds of fans that she is in fact human, and not some kind of glamorous alien sent down from a synthesizer ship beyond the stars. Her vocals are usually tampered with in some way in the production process but she firmly and confidently remains on point track after track in a live setting. Her range is something to be in awe of, with the ability to comfortably sing from a low alto range to high soprano, and switch back and forth as though it is something she expects us all to be able to do.

Electric Picnic is the perfect setting to see FKA Twigs in the flesh. With three days, hundreds of artists, comedians, bars, more bars, and possible 6AM jamming sessions at some auld fellas tent to keep you occupied, make time to witness the elemental force that is FKA Twigs.

Review | Overhead, The Albatross live up to the hype on the triumphant Learning To…