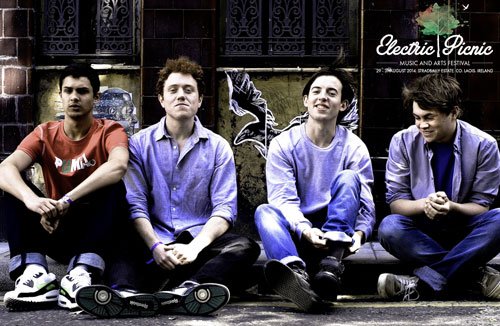 Back in 2011 I was introduced to the albums, I Had The Blues But I Shook Them Loose and Flaws by a friend who would constantly have them playing in our studio space in college. I downloaded these two albums onto my iPod and for a little over two years this was all I needed to hear from Bombay Bicycle Club, I never sought out any new tunes from them or even to know anything about them. They were the nicest easy-listening music I needed for college, or on the bus to work, and at that stage just another band on my iPod I didn’t know that much about.

Last summer I booked my tickets to Bestival 2013 and as I was compiling my festival playlist I noticed Bombay! I gave a listen to their most recent album at the time A Different Kind Of Fix and passed it onto my boyfriend. We were hooked on it and in turn their first two albums came back into my life. Their song ‘Shuffle’ is my favorite from that third album and I was so looking forward to hearing it live.

Bestival finally rolled around and the line up for the first night was poor, just a little warm up I suppose, the attention was very much on drinking and not on any music. So after a heavy hangover all day on Friday I was ready for some sweet Bombay Bicycle Club music to pick me up. And pick me up it did!

Their set was the perfect mix of old and new with some unheard treats from the fourth coming 2014 album too. On stage their sound is so tight and every song is delivered with perfection. If you have ever seen a band live and thought, ‘These guys have their shit together!’ you will know what I mean. It’s no wonder three members of this band have been playing together since the age of 15. They have pruned their sound both on their albums and on stage to the highest quality. And on top of that they all seem lovely; Jack Steadman (lead vocals and guitar) thanked the crowd for their reception after most songs and the vibes they gave off made them all seem like a very down-to-earth bunch. This gig was my first time hearing the song ‘Feel’ and I was singing it around the Bestival grounds for the rest of the weekend.

When the latest album ‘So Long See You Tomorrow’ came out this year I was lucky enough to already have tickets booked to see them in the Danforth Music Hall in Toronto where I live. This is a fantastic album and probably my favorite so far. It was great to see them in a smaller venue and playing to their own crowd.

This indie-rock band’s sound has grown and progressed with each album. There’s always been elements of folk, alt-rock and sometimes electronica but their sound is now fuller than ever in their most recent album. The big tunes are carried by big brass and multiple vocals. There’s a lot of different components going on in So Long See You Tomorrow but they’ve nailed it! Some really chilled and emotional songs compliment other upbeat dance-y numbers. 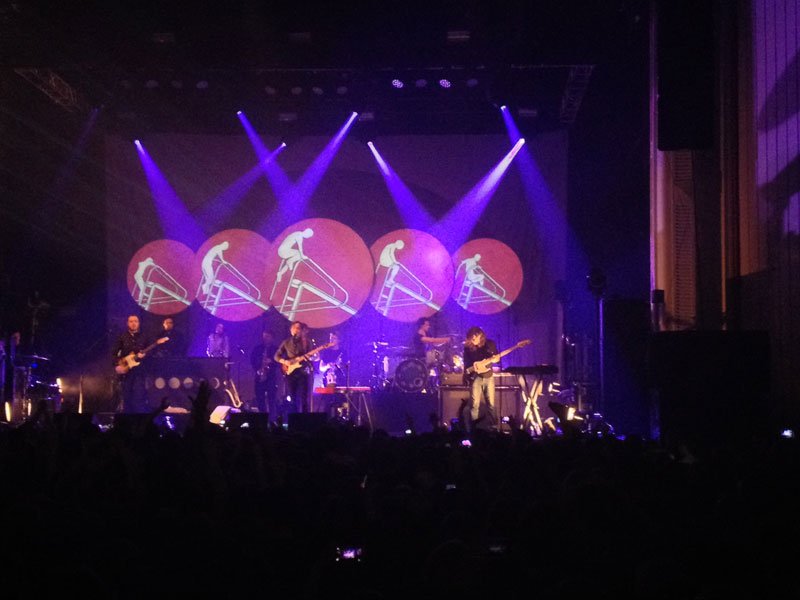 Even all the way over in Canada the band from Crouch End in London packed the place out and people went wild for every song they played. They mix in their lighter and heavier songs well, keeping the energy high and balanced. The graphics and lights used are hypnotizing, if you are familiar with the music video for carry me you can expect similar visuals that are just as impressive.

I think what I love about them most is how they perform live, they are a great example of a hard-working band that are professional on stage and make it look effortless.

If you weren’t already considering it I urge you to go see these guys at Electric Picnic this year. Whether it’s during the day while sipping on a beer to cure a hangover or it’s when you’re already buzzin’ and need songs to sing and dance along to!

Claire Byrne received a Bachelor of Fine Arts degree from Limerick School of Art and Design and a Masters degree in film direction at Screen Academy Scotland in Edinburgh, Scotland. She is from Dublin, Ireland.