Andrea Balency could be your favourite 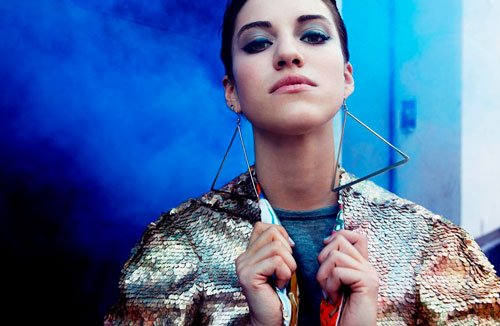 I think Andrea Balency is going to be one of those people that rocks in and says hi and the next day everyone is singing along with her and talking about her. I just listened to the song You’ve Never Been On Your Own, which I’ll put below, and I felt obligated to immediately write something about her. Which I’m doing now. It appears she’s some sort of a great lady.

Her debut EP, Walls is coming out on June 23rd and this song is the lead single from it. Which is exciting.

She’s only twenty-two, she’s from Mexico and France, she’s already lived everywhere and she has basic musical instruments attached to her ears. What’s not to love? James Blake even loves her. She supported The Cure in Mexico… I think it’s time we’ve heard of her here.

She’s classically trained on the piano, but this ain’t Chopin. Somehow she’s come out sounding like The XX partying with CocoRosie on Air in James Blake’s gaf. It’s soulful, indie-pop, electronica. And I like it.

WATCHING THE RELEASE OF BOWE BERGDAHL