The Brit Awards 2015 will forever be known as the year that, by order of Madonna, all capes in the land must be collected and burned at a stake. In a very male-driven, lacklustre night, her Holy Madgesty was to finish off the night with her new single ‘Living for Love’. Before she even made it to the first chorus, she fell down a flight of stairs due to a wardrobe malfunction with her large cape. Whoever is at fault is soon to be hung, drawn and quartered. However, even with a possible concussion, she continued undeterred and still managed to have the most entertaining performance of the night.

The Brits are an institution for drunkenness and iconic moments. And music too, I guess. The most memorable moments include Jarvis Cocker mooning Michael Jackson in 1996, Geri Halliwell’s Union Jack dress in 1997 and, again, in 2000, when she made a grand entrance through an open pair of giant legs for a performance of her solo single ‘Bag It Up’.

The Brits don’t necessarily dish out award to those who deserve it. 2001 is a fine example for this. Craig David-activist Dane Bowers… 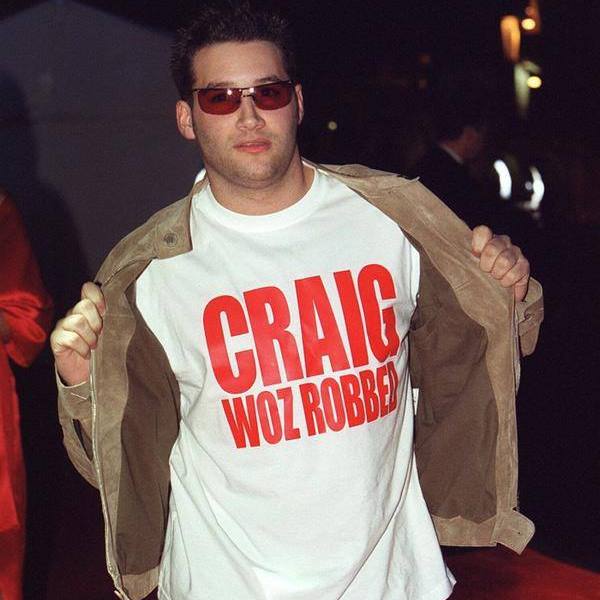 …called for justice for our moustachioed genius for never winning a Brit Award. Fellow Craig David activists U2 worked a bit of ‘Walking Away’ into their performance of ‘One’ to prove that the Brits got it very, very wrong.

When Ant and Dec were announced as this year’s hosts, the 35th edition of the ceremony was guaranteed to be good, clean fun. No one would be slurring their words or, like Liam Gallagher in 2010, asking the presenters where they could find the A-class drugs. From the moment the musicians and assorted celebs hit the red carpet, it’s sleek, it’s boring and devoid of any personality. Speaking of, Rita Ora is also there.

Biggest-selling artist in the world (it’s official) Taylor Swift opens up the show with a very tame performance of ‘Blank Space’. Now, don’t get me wrong, I love this girl but if you wanna open up a show with some pow-pow, maybe watch some Spice Girls videos for inspiration. She later wins her first ever Brit award for Best International Female Solo Artist. Her shock and awe makes you think she doesn’t know what a shit show the Brits really are but I care for Taylor’s happiness and if that’s what it takes, then give the girl the damn award.

Her best pal Ed Sheeran (“One of the nicest guys in music”) wins British Male Solo and Best British Album to the shock and awe of no one. Paloma Faith – the self-proclaimed “most punk person in music” – took home the award for British Female Solo Artist and seen as she was in the same category as the godly Jessie Ware, this is an outrage. I demand a recount.

The night was ruled by solo men and earnest performances. Sam Smith sang ’Lay Me Down’ as cosy, basic couples squeeze each other’s knees and coo “babes, this is our song”. Those who wished to moon nice guy Ed Sheeran during his performance of ‘Bloodstream’ were ushered out back and promised 10 minutes alone with Orlando Bloom. George Ezra continues the trend of taking to the stage with a guitar and wanton eyes for a nice, middle-of-the-road performance of ‘Budapest’. These lads would make you miss So Solid Crew. They knew how to bring a bit of life to the stage.

Best British Group Royal Blood’s performance of ‘Figure It Out’ proves that their heavy rotation on TXFM and BBC Radio 6 wasn’t for nothing. Foo Fighters also did their bit for rawk music by winning the award for International Group. In 2015. Do you remember last year when Alex Turner from the Arctic Monkeys claimed that “rock n’ roll will never die” after they won Best Group? Yeah, that was gas. Rock and roll is well and truly alive, guys. We’ve been saved.

Queen of the selfies Kim Kardashian was there to  present the Global Success Award to her “good friend” Sam Smith before Kanye West premieres his brand new song ‘All Day’. Visually, it’s impressive – as Ye is wont to do – but thanks to UTV, most of the audio is muted. It’s ten past 9, UTV. We can handle the bad language. During his performance, the cameras cut to Taylor Swift dancing beside Kim so we know that the beef between Tay and Yeezy is truly over. The cameras also cut to Lionel Richie, which was a pretty special moment.

The male roll call continues as Pharrell Williams wins International Male Solo Artist, Mark Ronson and Bruno Mars win Best British Single for ‘Uptown Funk’ and One Direction win Best Artist Video of the Year for ‘Steal My Girl’. Notable tax dodgers Take That performed their new song ‘Let in the Sun’. They first appeared at the Brits in 1993 when they were a five-piece and one of the biggest bands in the world. Now they are a three-piece and they haven’t learned how to call it a day. Guys, look around you. Are you happy? Are the people happy?

The actual Brit awards count for very little. I mean, presenters Ant and Dec received a nomination in 1995 as PJ and Duncan for British Breakthrough, losing only to Oasis. The Brits are a great night out for some and great material for the rest of us to moan about on Twitter. The Brits have lived off iconic moments like Chumbawamba pouring a bucket of water over John Prescott and Geri’s Union Jack dress. This year’s show was stagnant and it’s a pity that it took an icon like Madonna to take a tumble for anyone to get excited about the awards at all.

Is 50 Shades of Grey a realistic portrayal of S&M?

In Conversation | The Devil in Bob Gallagher