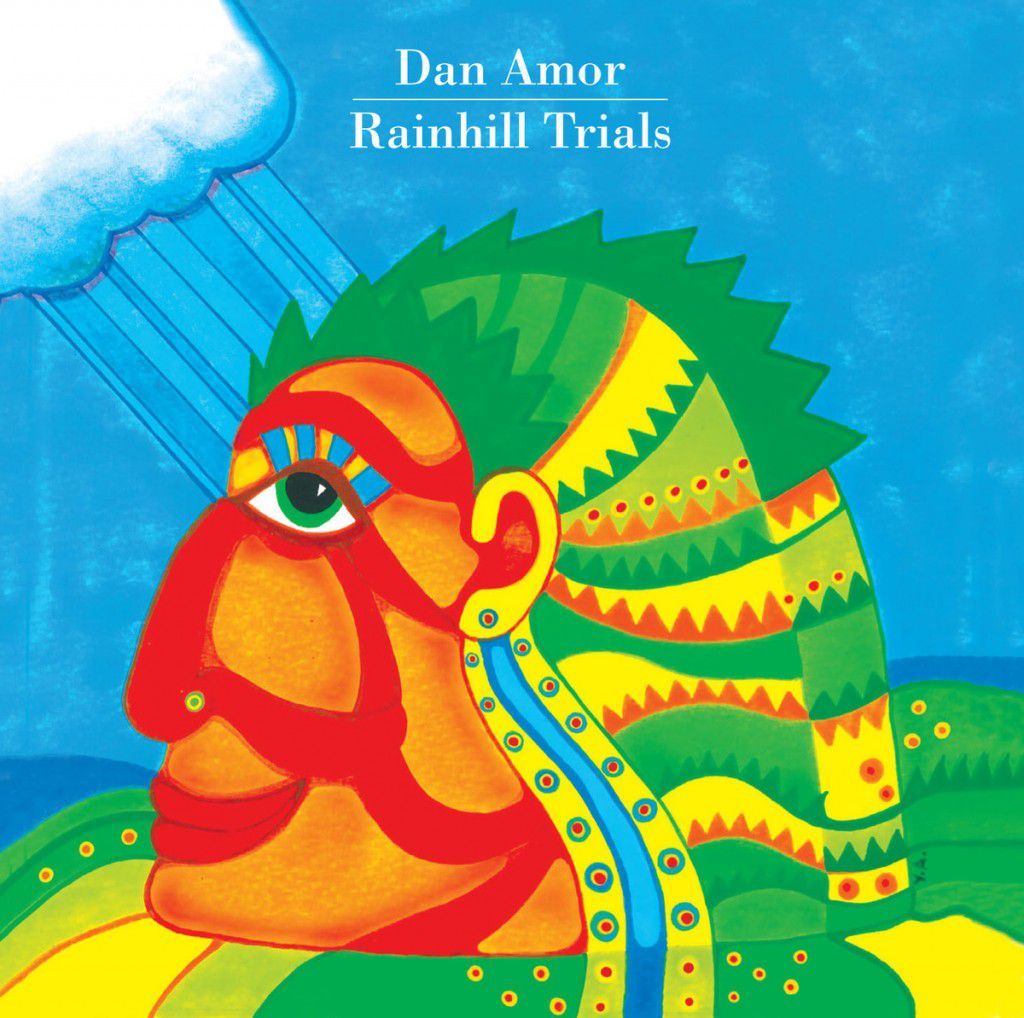 Dan Amor is a Welsh musician from the forested valleys of Penmachno, North Wales. His latest album titled ‘Rainhill Trials’ alludes to the the misty, uphill rainy environment of the quaint village Amor hails from.

Dan Amor who releases all his albums under his own label Recordiau, Cae Gwyn Records, has been making music and touring, mainly Wales, for about 10 years now, keeping himself, somewhat, low profile.

His music, which has been showcased largely on British and Welsh radio stations, is demonstrative of his strong sense of patriotic pride. I get the impression that he is an artist who is truly making music for the joy of it, and does it as a form of expression rather than an artist creating music to attract international fame.

The 11-track album opens with a song titled ‘Sister Anne’ and on first impressions it made me think of the Beatles ‘Help’. As the song progressed I noticed some more similarities, however on listening to the album as a whole, it is anything but homogenous.

Rainhill Trials is in some respects, an ode to Wales. The entire album plays out a moment; it illustrates Amor’s perception and love of Wales and all things Welsh however it is an album that at the same time, invites all to come and enjoy its easy ambient, breathy flow.

I thoroughly enjoyed the unusual, retro sound of each track and how well they flowed together, like a conversation with a friend. Each soothing track, emblematic of an indulgent rainy day spent in a coffee shop by the sea gave me a sense of what it would be like to be an average person living in that village.

The charismatic style with which he delivers his lyrics lends a clear understanding of the picture in your mind he aims to conjure; even as he switches from singing in English to singing in his native language, his message was conveyed loud and clear. Not being a fluent Welsh speaker didn’t deter my understanding of some of the tracks which had no English language in them at all.

Dan Amor’s voice is soft, a whisper at times but remains steadily upbeat, with a grittier tone to it when he switches to Welsh. The album’s sound is comprised of guitars, a moody piano and drum beats. The piano is the most prominent sound that stood out to me and which really gave the album that seaside, nautical, folky kind of feeling.

I also liked the brief intervals of short instrumental tracks, no more than tipping over one minute long which kept the album in its atmospheric setting.

The only criticism I have is that the tracks, and the album itself never reached any sort of climax or memorable ‘high’ moment. The entire album stayed at the same pace and again, felt like a pub session with friends, particularly in track 10, ‘Landlubber’ which opens with a group of guys in what sounds like a pub, singing a patriotic sort of melody in Welsh.

As Penmachno is a village which doesn’t encourage large groups of visitors out of fear their happy village-life will be disturbed, I think that the album did not trail off into a climatic high because in staying with the Penmachno mentality, I gather he wanted to keep the vibe small and familiar.

Whatever way you perceive Rainhill Trails, there’s no doubt in my mind that you’ll find something appealing about it, that you may not quite be able to put your finger on. It possesses an arcane quality to it which is strangely alluring.

The album left me feeling calm, tranquil and invigorated and stirred my imagination, making me wish I was sipping some lovely Welsh beers by the sea, joining in on the placated, chilled-out session going on in Penmachno. Welsh or not, there’s something poetic and resonant in this album that everybody can relate to and enjoy.

You can buy Rainhill Trials in Ireland and the UK from it’s release date on  May 12th, 2014.