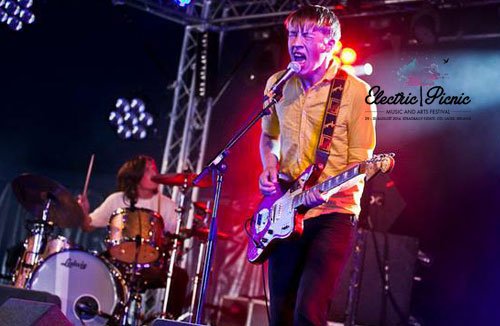 Drenge are sibling duo of brothers, Eoin (guitar, vocals) and Rory (drums) Loveless, who take their cue from the White Stripes/Black Keys school of rock, where one bashes drums and the other sings and slugs his guitar, delivering a powerhouse of riffs.

Over the past 18 months or so, Drenge have positioned themselves as one of the most exciting bands around, steadily impressing with track after track of exhilarating punk-rock fury, before confirming these credentials with their eponymous debut album.

They don’t mess about, nor does the album, a frenetic blitz of untamed rock ‘n roll, swathed in splashy cymbals and heavily distorted grungy guitar riffs. There’s a quite menacing threat to it all, hindered in no part by the opening salvo of four – ‘People In Love Make Me Feel Yuck’, ‘Dogmeat’, ‘I Want To Break You In Half’ & ‘Bloodsports‘ – under three-minute bursts of coiled up aggression and fury. Although, it calms down a little bit (I stress a little bit), becoming somewhat more expansive as it progresses, climaxing with the eight minute ‘Let’s Pretend’, the album’s slowest and heaviest moment, and the softer, more melancholy of ‘Fuckabout’, which channels Sheffield heroes Hawley, Cocker & Turner. 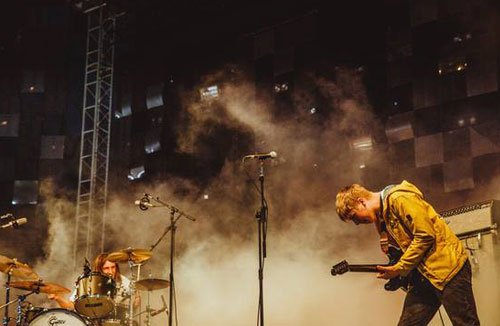 All well and good you say, but what of their appearance at Electric Picnic? Their visceral trashy racket – part grunge riffage and squalling feedback that’s part guitar assault, part artillery barrage – is surely a dish best enjoyed live. They went down a storm at Glastonbury and elsewhere on the festival circuit this summer so it ain’t just me waxing lyrical about these two noisy siblings from Leeds.They are furious, funny and filthily sleazy all at the same time, Drenge will leave you battered and bruised but you’ll be better for it.

Barry is a music blogger, sometimes promoter, and journalist & tries his hardest to be a barman. He runs BarryGruff Music Blog (http://barrygruff.wordpress.com/) and a regular series of 'BarryGruff' music events in conjunction with his blog. In his spare time hes generally giving out about stuff and infuriated by Wrexham AFC. Hes also got a BA in History & Media Studies & an MA in International Journalism for his sins.

THE PLAYLIST #19 | The Saint David’s Day Massacre: A Celebration of Welsh Music