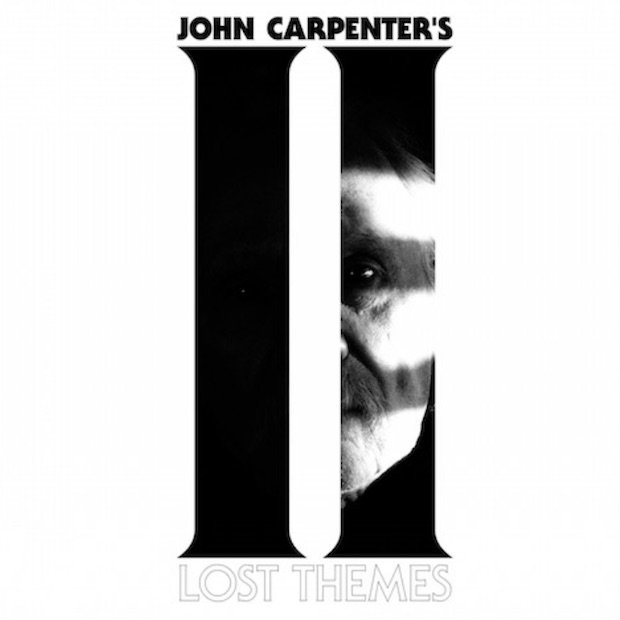 The great thing about pop culture is its nostalgia problem.

Trends love to repeat themselves, and as regurgitation goes, the last few years have been pretty great, with the 80s getting a re-appraisal. Synthpop, in the form of CHVRCHES, Crystal Castles and our own Fight Like Apes, has been making a comeback, as have gritty, socially-conscious genre movies like Mad Max: Fury Road and Crimson Peak. Sometimes, these styles collide fantastically, like the gloriously synthy soundtracks for It Follows and The Guest. It feels strangely appropriate therefore, that in the last few years, 80s horror maestro John Carpenter has embarked on a second life as a full-fledged musician.

The son of a music PHD, Carpenter’s films always boasted an innate knack for music. Quite brilliantly, he choose Ennio Morricone to score his sub-zero horror flick, The Thing, resulting in one of Morricone’s oddest soundtracks, and he’s also proved to be no slouch in composing his own scores, with a particular highlight being the haunting theme from Halloween. Hell, even the first Lost Themes had a few truly memorable moments on it. Lost Themes II ultimately proves to be a nice idea, something that should really work, but it never quite comes together.

‘Distant Dream’ is a particularly strong start, which unsurprisingly,  sounds like an opening credits theme. With an urgent bass line, sheets of white noise and some truly vintage synth sounds towards the end, it’s definitely a testament to Carpenter’s ability to construct something that doesn’t necessarily rely on visuals. If nothing else, it makes your morning commute feel that bit more epic. That said, Lost Themes II takes quite a severe drop following its opening. ‘White Pulse’ sounds like it should be exciting; starting off with wandering piano’s before segueing into pulsing synths and very 80s 808s but the effect is quite boring and melodramatic.

Elsewhere, ‘Persia Rising’s title suggests something huge and sweeping but what results is painfully underwhelming, coming off like the loading screen to a not particularly good video game. With crashing power chords and cheesy drums, ‘Angel’s Asylum’ is without question the album’s lowest point, reminiscent of when Iron Maiden or Judas Priest would break out the synths for one of their awful ballads.

Over its second half the album picks up by a fair margin. ‘Hofner Dawn’ is appropriately minimalist eerie, and ‘Dark Blues’ see’s Carpenter actually incorporate guitars in a way that is both useful and cinematic. ‘Bela Lugosi’ definitely feels like the track that carries the most weight here. Named simultaneously for the Hungarian actor and his iconic portrayal of Count Dracula, and the best single by the most era-specific of bands – Bauhaus – it evokes what’s most associated with Carpenter; horror and the 1980s. A retro-digital take on Gothic classical sounds, ‘Bela Lugosi’ emerges as the most developed song on Lost Themes II and the one that Carpenter has the most obvious fun with.

While Lost Themes II might not be as good as say, the David Lynch noise rock album (yes, really), it is still one of the better examples of a Hollywood legend working in a studio. One for the purists, but nobody’s likely to be repulsed by anything.

Adam Duke is currently doing a degree in English and History in UCD. He has worked as the music editor for the College Tribune and has also written a bit for Campus.ie. Adam spends his time playing guitar badly, boring people with imdb trivia and trying to work out how he feels about Kanye West.

Hillsborough Disaster | The 96 Finally Get the Justice They Deserve

Review | Metallica hit back strong as they find themselves Hardwired… To…

Review | Leonard Cohen embraces The End on You Want It Darker