Lighght exploded into 2014 as the second studio album of Kishi Bashi, the first solo project of Jupiter One founding member Kaoru Ishibashi. No stranger to musical mastery, the multi-instrumentalist has toured as a violinist with the likes of Regina Specktor and Of Montreal. Lighght, from Joyful Noise Recordings,cements the artist’s solo sound in whimsical natural merriment. Each track is giddy with buzzing string timbres and poetic swift paced lyrics. 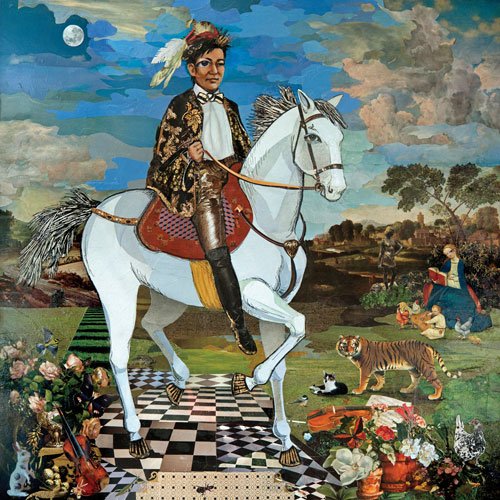 The album opens with Debut – Impromtu, a scratch tone violin track which launches the album in terms of Ishibashi’s classical training. Impromptu establishes the tone of the album and harmonically leads into what is probably the record’s finest track – Philosophize in it! Chemicalize with it! The excited, jittery, pretty folk track will have us reminiscing about the summer of 2014 for years to come. The layered violins, acoustic guitars and vocals all seem to vibrate with energy in this authentic love song. Ishibashi’s vocal range, as well as his instrumental mastery, is exposed to listeners, while being delightfully and delicately strained on the upper register. The lyrics ask the object of his affection to ‘picture our wedding it’d be summer sour and summer sweet’, while the musicality of the track seems to allow for a first dance. Following this, the first verse is repeated, while slightly altered, in the true fashion of an excited young couple after their wedding.

Another notable track on the album (though don’t get me wrong, they are all notable), is the delicate, Donovan-esque Bittersweet Genesis for Him and Her. The song follows a rendition of melancholic creation and the eventual destruction of life, by two figures in love based on the original biblical Adam and Eve. Bittersweet Genesis displays Ishibashi’s art of storytelling, not only in the lyrics, but in the musical composition of the track. As the earth, stars and moon are created, and the song’s lovers begin to experience the world, the instruments and vocals build to harmonic union before dwindling once again, signifying the end of all things, until there is ‘nothing left, but us.’ Ishibashi encapsulates completely the existential emotion of experience through ‘the glorious masterwork of life ending and beginning again’. 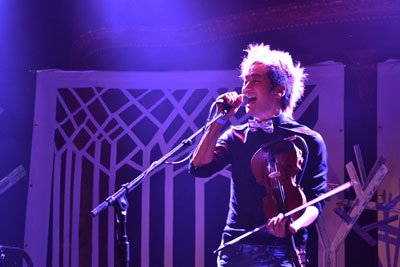 Kishi Bashi is a must for fans of quirky folk artists like Sigur Ros, Jonsi and Johnny Flynn. Lighght is an absolute triumph, unconditionally captivating from the first track to the last, and is best enjoyed in dim light with the lyric booklet open in front of you. Kishi Bashi plays Dublin’s Whelans on October 11th this year, and if the album is anything to go by, it is one gig that is not to be missed. Five stars, five hundred stars, listen to this record.