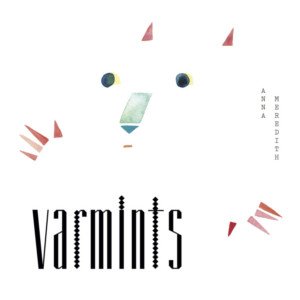 Anna Meredith’s decision to open her intoxicating debut Varmints with the broodingly brilliant ‘Nautilus’ feels especially deliberate. Meredith, a first class honours music graduate and former junior fellow at the royal academy of music, was known previously for her works that appeared on the imperious classical institution that is the BBC’s Proms.

She may appear the perfect product and poster girl of the prestige of the classical musical education system, but the Scotswoman still seems to have something to prove. ‘Nautilis’ Is her first notable foray into electronic music, and it seems conspicuously designed to shed any notion that this is merely a composer making stuffy, highbrow affairs. More of a nerve-wrangling war-march than anything else, the foreboding track trudges along menacingly; its booming brass bellowing with enough force to provide entrance music for the most sadistic of blockbuster villains. Had Wagner used this as his Ride of the Valkyries, the scale of audible gasp in the theatre would be such that the floor would be tragically riddled with many a fallen monocle.

In truth, Meredith has always been a bit of a feather rustler, even in her “first” life. In 2012 a piece of hers entitled ‘Hands free’ was performed at the Royal Albert Hall, consisting of an entire orchestra laying down their instruments, standing up and using their bodies to create a percussive wall of noise. Granted, it did come off like a glorified group musical exercise the kind your overzealous substitute teacher begrudgingly made you go along with but it was still an inventive and playful cap to an evening filled with strait-laced pomp. For some, it was also inexplicably audacious, with the composer admitting she received “physical hate mail”. The regressive outlook of the classical world aside, the artist attitude to musical projects has continued to be fluid and distinctive—she has provided material for MRI scanners—and her migration to a more contemporary sound is just a natural progression that she’s also proving annoyingly good at. On Varmints, she brings that same spirit of vibrant eclecticism to create an accomplished, spirited work that finds humanity in the mechanical methods it uses to make its music.

If ‘Nautilus’ was a fearsome, foreboding nightmare then the follow-up ‘Taken’ is a blistering, brightly-lit dream. Both these tracks, in their own right, gather the momentum of a freight train but the latter builds to a much sunnier, dazzling apex. With its striking, arpeggio guitar shreds and anthemic, pellucid vocal work, ‘Taken’ finds Meredith emerging confidently from the shadows in more ways than one. Having previously been unsure about singing on the track, the composer proves her chops as a self-assured vocalist who can take anyone on. The song’s, jubilantly sung, climax acting as a triumphant rally cry.

Meredith’s classical background comes in handy here as she brings that same sense of grandiose atmospherics and resolute work ethic to her new musical career. Much of Varmints isn’t a collection of songs so much as it is a collection of fully fleshed out compositions. As you listen to this album on noise cancelling headphones, you can imagine our artist, standing right behind you and conducting the work as it plays; a maestro in complete control of her surroundings. Elements like breezy bass lines, sonically shattering wubs, and penetrating reverbs float in, not unlike they would in a summery symphony. Meredith doesn’t forget that this is a less rarefied audience then she might be used to. The likes of ‘Something helpful’, ‘R-Type’ and ‘The Vapours’ certainly have a lot going on, but they’re packaged into accessible, enthralling electro-pop.

The finest moment, however, comes in the form of the synth laden lament ‘Dowager”’. Focusing around an auspiciously defiant widow, the mournful arrangement is a succinct display of all the digital trickery and acoustic ambience the album has to offer. The song manoeuvres elegantly through its angular soundscape but like the rebellious heroine at its centre, there’s also a fiery passion that’s present underneath the surface. ‘Dowager’ blissful new wave is unhurried; it fizzles gently like New Order on a mild tranquilizing high, the serene harmonies providing a compelling voice for the voiceless. Our isolate draws power as she “plays by herself” and “takes to the sky”.

Varmints is a fine achievement that takes its computerised, seemingly disparate parts and contorts them into living, breathing, synth-pop pieces. Anna Meredith is no pioneer, and she is the first to admit it. Her innovation is found in her finely tuned, detailed approach and this is a debut that sends out an important marker for her peers who might have scoffed at her sonic departure. This girl may be new to the game, but she’s already showing them how it’s done.

From Tajikistan With Pain |2| The Hiking Invaders