Dr. Dre, like many top level musicians, is something of a walking contradiction. He has frequently played the role of villainous gangster rapper, but never all that convincingly. This is a man who had Suge Knight do his dirty work to get out of his Ruthless Records contract (Knight, so goes the legend, presented Eazy-E with a piece of paper with his mother’s home address on it…), but had very little to say when Tupac Shakur venemously turned on him in the last year or so of his life, following Dre’s acrimonious departure from Knight’s Death Row Records.

He put in a brief, unsuccessful turn as a Business Man in his music who had respect for women before his wife told him that he should rap about sex, women and being a gangster again, but has been known to be violent towards women on more than one occasion. He is well known as someone who actually does not write his own lyrics – ‘Still D.R.E’ was written by Jay Z, while Royce Da ‘5’9 was exiled for revealing that he penned the touching tribute to Dre’s late brother ‘The Message’ at the end of 2001 (a testament to both men’s immense talent), for example, but at the same time has a tremendous ear and acts as a sort of latter-day Sir Alex Ferguson in the studio: he doesn’t do that much of the hands-on work but still completely controls the direction and content. 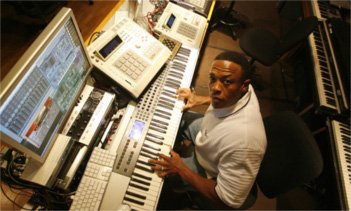 He is described as a workaholic by many close to him yet has only managed to complete three albums in the last 23 years. That said, he might have been busy helping to launch the careers of Eminem, 50 Cent, The Game, Kendrick Lamar and numerous others while also building one of the most recognisable brands in the world, getting a high level job at Apple and becoming a billionaire. Dre was recently compared to Steve Jobs in terms of his obsession with perfection, which is good an explanation as any as to why Detox was shelved after roughly 15 years in development, so it was something of a surprise when he announced on Apple’s Beats One radio service on August 1st that a new, different album would be arriving the following week.

And so the contradictions start again, aside from the obvious one of him working on one album for so long and deciding to just ditch it before spending a few weeks or months on another one and releasing it on short notice, it is a record that is in many ways neither fish nor fowl. It’s not a soundtrack, it’s not necessarily “Music Inspired By” but it’s also not an album in the traditional sense of the word. There are no less than 35 features over the course of 15 actual songs, two of which don’t actually involve Dre on the mic at all. It’s difficult to compare it to anything else, because there really is nothing else like it. For all of its “issues”, from a purist perspective, when it comes to simply evaluating the music this is an absolutely fantastic record.

When he raps about his past, there is a distinct sense of wistfulness in many of his words. Dre seems particularly troubled over his falling out with Eazy-E, which, given the latter’s sudden death due to complications from AIDS in 1995, isn’t hard to understand. Eazy is mentioned frequently and even given a brief feature on ‘Darkside/Gone’. It must be almost impossible to reconcile the death of a former best friend having had such a public falling out with them and it is this sort of revealing honesty that is one of Compton’s great strengths. The album’s closer, ‘Talking to My Diary’ is up there with the aforementioned ‘The Message’ as album closers go, with Dre bringing it in terms of delivery, flow and production. 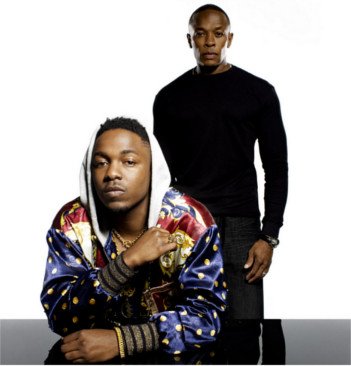 One of the undercurrents of Compton that has perhaps gone unrepresented in many quarters is the ascension of Kendrick Lamar, following in the footsteps of Snoop Dogg on The Chronic and Eminem on 2001 it could be argued that Lamar has had a similar sort of reinvigorating influence on Dre at 50 years of age as Em did when he was in his early ’30s. Lamar is in absolutely scintilating form throughout and is well on his way to becoming one of the greatest of all time based on his output thus far. The album kicks off with the somewhat lukewarm ‘Talk About It’ which lacks originality and freshness (although Dre proclaiming that “I just bought California!” in the opening bars of his verse was tremendous), but is notable in the sense that the first words on one of the most hotly anticipated albums in modern times come – not from Dre himself – but from Aftermath artist and relative unknown King Mez, which must have been quite the thrill for Mez.

It is on ‘Genocide’ that things really spring to life, as on a thumping beat Lamar in particular absolutely destroys his verse, noting that he wound up in Compton due to a twist of fate involving his father’s gang ties in Chicago as they moved believing that Compton would be a safer place:

“Recognize whatever side the sides reside until the dead has risen

Live in a project building, dodgin’ the module ceilings

I ride, I’mma ride in a stolen Jeep

Ride with the eyes of five blind men, my vision (Corrupted)

Mama tried counselin’, five plans for Kendrick (But fuck it)

My aliens on surveillance, they paid me a visit (Disgusting)”

Elsewhere, he is something of a jack of all trades (master of all) as he delivers verses on ‘Darkside/Gone’ and ‘Deep Water’ as well as “drowning” on skits that are a metaphor for the idea that people who are stuck in the system that produced an area such as Compton are struggling to simply survive while the system to that put them in this position simply look on. Dre himself is not without his moments lyrically (even if he didn’t write it, necessarily) during this period of the album as his delivery on tracks such as ‘Genocide’ and ‘Darkside/Gone’ is impeccable. The importance and difficulty of things like delivery, breath control, timing and, indeed, production all being things that critics of the genre simply do not get. Outside of a rare mis-step on ‘Talk About It’, the production is typically fantastic on almost every other track. 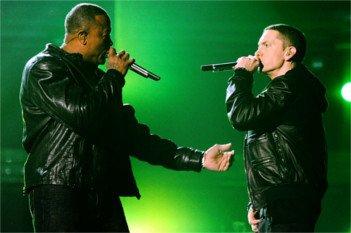 Things take a dark(er) and uncomfortable turn on ‘Loose Cannons’ (which features a very good returning verse from Xzibit, who also had something of a coming out party on 2001’s ‘What’s the Difference?’) as everyone raps about being exactly that before breaking into a disturbing skit where a man (Cold 187um) eventually works up the courage to shoot his girlfriend and getting his friends to help dispose of the body. It is reminiscent of Eminem’s ‘Kim’ in a lot of ways, but it is still somewhat problematic. It is, presumably, about the sort of people that a city like Compton turns out, but the jokey nature of the part where they dispose of the body seems to almost trivialise such behaviour.

The Game makes a welcome appearance on what is credited as his own song called ‘Just Another Day’ and reinforces his reputation as one of the most underrated MCs around (who has, it should be noted, thoroughly outdone perennial rival 50 Cent, who is nowhere to be found here) over Dre’s glorious horn blowing beat:

“Six pounds of chronic on my grandma coffee table

Yeah, dip into the liquor store, .9 in my khaki’s

Crips tryna get at me, my red Impala bumping like acne

My city a trap me; been shot, robbed, stabbed, chased home, socked out

Disintegrate niggas went into me, dome shots like Kennedy”

Dre also takes the time to give another Aftermath artist known as Jon Connor his own track in the form of ‘One Shot One Kill’ featuring Snoop Dogg (it is worth noting that the complete absence any mention of the death of frequent collaborator Nate Dogg seems strange) and it isn’t hard to see why they are so high on him. His verse is fantastic, while Snoop brings one of his better performances in recent years. It should almost go without saying, at this point, that the production complements everything perfectly. Snoop and King Mez also feature on the enjoyable ‘Satisfaction’ that – somewhat ironically, it must be said – takes aim at musicians who pretend to be something they aren’t.

Overall, there are plenty of criticisms that could be levelled at Compton. It isn’t a “proper” Dr. Dre album, there are a million features and people with extremely narrow ideas about what makes about a musician will cry about how he doesn’t write his own lyrics word-for-word. To do so, however, would be both missing the point and missing out on an otherwise fantastic album. Dre is smart enough to realise that at 50 he isn’t necessarily as relevant as he once was, and picks his spots perfectly – he raps about the things that people want to hear about, things he knows about (such as his own youth and his present day regrets) and doesn’t wear out his welcome, creates a platform for newer, fresher artists and sprinkles in some of the names that are most commonly associated with him while almost never missing a step musically. Is it a true successor to The Chronic and 2001? Probably not. Is it a worthy one? Absolutely.

EIGHT OUT OF TEN