Review | The 1975 actually called their album I Like It When You Sleep, for You Are So Beautiful Yet So Unaware of It 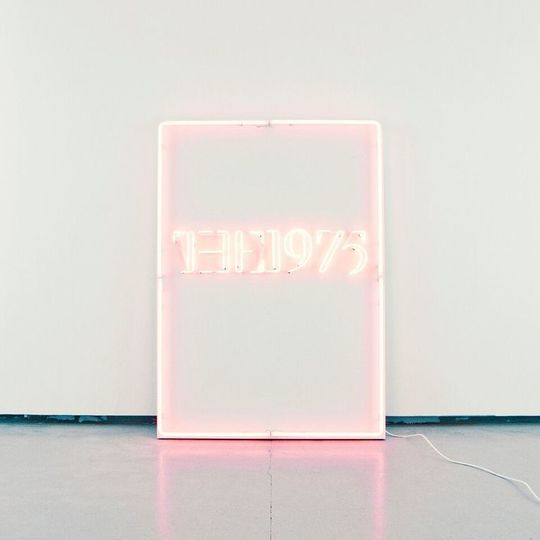 I Like It When You Sleep, for You Are So Beautiful Yet So Unaware of It

It has been fascinating to observe just how intent the entire music industry is on ruining everything for itself all over again in recent years.

An all-too-brief glory period had existed where services like Spotify, Rdio and Google Play Music all operated on a relatively even keel. Then, the likes of Taylor Swift came along and – under the thinly veiled guise of protecting the industry – popularised the notion of making music exclusive (and overpriced) again. Want to listen to 1989 legally? That’ll be 10% of a yearly Spotify subscription, please, or a switch over to Apple’s new music service entirely about six months later. Jay Z & Co. over at the surely ill-fated Tidal have followed suit. Once again, piracy is the most convenient option if you actually want to enjoy your favourite artists in one place.

The 1975’s new album has followed a similar strategy (at the time of writing it is available on Google Play Music but not Spotify) but it has the important distinction of having the worst name of any record to go this route thus far. Indeed, I Like It When You Sleep, for You Are So Beautiful Yet So Unaware of It would have to be considered contrived, angst-ridden bollocks by any standards. If ever something warranted judging by its title it’s this.

But that would be unfair, especially seeing as it’s not actually quite that bad. There are a number of decent pop songs to be found here, even if they are frequently and clearly borrowing things conceptually and sound wise from other, more talented artists. ‘This Must Be My Dream’ is a rip off of ‘Careless Whisper’ and the theme from Moonlighting and an alright one at that. Lead single ‘Love Me’ has strong notes of David Bowie, INXS and Duran Duran and it isn’t actively difficult to listen to but at the same time it is impossible not to hear everyone else who has influenced it. ‘UGH!’ has a pleasing R&B thump to it that is somewhat infectious and reminiscent of someone like D’Angelo. However, it just makes you want to listen to D’Angelo instead.

At times during the record,  it feels like you’re listening to an acclaimed cover band who have attempted to start making their own music.  ‘If I Believe You’, a poor man’s ‘Ultralight Beam’ (meant in the most complimentary manner possible and the similarity is of course coincidental) is perhaps the best song here, a slightly more laid back and methodical gospel record with a lot of soul to it.

Lyrically is where The 1975 arguably struggle the most. ‘She’s American’ is an absolute shocker conceptually and musically, but it is on closer inspection that its awfulness truly shines. “If she says I’ve got to fix my teeth/Then she’s so American (she’s American)” lead singer Matty Healy exclaims repeatedly, more cringe worthy each time. On the otherwise catchy ‘Loving Someone’ he notes that “I’m the Greek economy of cashing intellectual cheques and I’m trying to progress”. It’s actually a quite wonderful lyric in the sense that there’s so much and so little going on at the same time. It’s almost impossible to make sense of, every time you think you’ve got it the utter ludicrousness of the statement becomes apparent again.

Overall, I Like It When You Sleep, for You Are So Beautiful Yet So Unaware of It is simply a mediocre pop album with a particularly terrible title, some fun if forgettable tunes and all too frequently poor lyrics. It isn’t hard to see why The 1975 are appealing to people. Healy has a certain charm and likeableness to him in small doses and their sound is inoffensive because it is equal parts familiar and bland. There has been and certainly will be much worse in 2016.

A bunch of Sperm Whale teenagers meet a tragic end