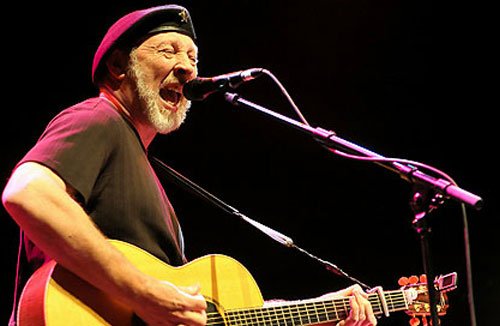 With a list of honours and awards virtually as long as his discography, Richard Thompson has established himself as one of the most significant songwriters of a generation. It is no wonder therefore, that this album strips his music of the razzle dazzle of the studio, to the raw and tender relationship between voice and instrument. The album compiles music spanning a lengthy forty year career, which he will tour the UK with later this summer. Fourteen acoustic versions of classic Thompson hits will be released on his ‘Acoustic Classics’ album on July 14th.

From beginning to end, this record employs the atmosphere of a quiet pub gig. As the album moves forward, Thompson’s mastery of his instrument becomes more and more palpable. Harder and coarser tracks are dimmed down to pieces that work beautifully in an acoustic set. The record begins with ‘I want to see the bright lights tonight’, which sees the amalgamation of harsh vocals, feroce slide guitar and forte rhythm. The musicality of the track reflects the frantic outpour of sentiment in the lyrics, which combined permit the song to remain a rock ballad, despite the acoustic environment. 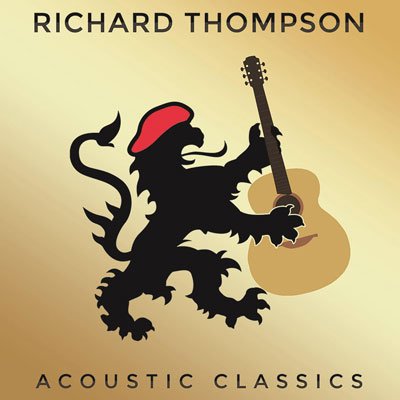 This approach works well on many of the albums tracks, however one could be forgiven for asking more of others. As the album progresses, one acoustic aesthetic seems to roll into another, while the introduction of harmonies or secondary acoustic instruments may have diminished the rather ‘samey’ feel to the album. Each song works well if attended to separately, however after fourteen tracks in a row employing the same vocal timbre and (albeit remarkable) guitar techniques, it becomes difficult to find something to respond emotionally to. ‘Valerie’ is saved by a lengthy rhythmic guitar solo which fully articulates Thompson’s unwavering capacity for the instrument, however the vocals refuse to waver from his comfortable register, which becomes rather repetitive due to the lack of supporting structures.

The album may very well be welcomed with excitement and glee to those who have been fans of Thompson’s previous works, adding a new dimension to his sound, and a new persona to the performer. Those who have followed his career are treated to reimagined musicality and raw demonstration of talent. However those not already familiar with his music may want to give this album a miss, save for one or two tracks. If the songs are not already known to the listener, all elements of nostalgic emotive influence are lost, which this album seems to rely heavily on. Thompson’s talent is undeniable, but this album is undoubtedly one for the fans.