The 27th Amendment of the Constitution has been a grievous mistake

The question: who gets to call themselves Irish? The disgrace: not everyone born on this island. As our British cousins race to apply for their Irish passports to unlock the benefits of EU citizenship that their body politic seems hell-bent on firebombing, we are reminded that a core tenet of human civilisation is being breached on this island. That is, the eternal truth that you should always belong in the land you were born to.

I’m talking, of course, about the grievous failure that has been the 27th Amendment of the Constitution. For those who can’t remember further back than Charles and Camilla getting hitched, let’s return to 2004, the days of Bertie Ahearn’s Fianna Fáil–Progressive Democrats coalition government, when the public were asked if they wished to limit automatic Irish citizenship to the children of Irish citizens. As written into the Good Friday Agreement, it had previously been the entitlement of every person born on the island, regardless of his or her parentage.

Fueled by a lie that people from all over the world were rushing to Ireland to give birth – “maternity tourists” is what justice minister Michael McDowell despicably called this made-up fad – the referendum passed 79 percent to 21 percent. Not a single constituency rejected the amendment. The consequence has been Irish-born children left in a desperate purgatory and at a risk of being rendered stateless – a status so cruel that you’ll find very little political will in this country to impose it on the heavily demonised “ISIS brides”, let alone innocent kids.

I use the word “lie” as this was a referendum to fix a problem that didn’t exist. The Supreme Court in 2003 ruled that non-citizen parents of an Irish citizen child were not necessarily entitled to stay and could be subject to deportation, so any irrational fears the system could be abused were easily soothed if the government so desired. And, as pointed out by Oran Doyle at the time, the information note given to the public provided birth rate figures that were sinisterly trumped-up to include babies with a non-national mother and Irish father (who were obviously entitled to citizenship) and babies born to nationals of other EU member-states (who were entitled to remain here under EU law).

The 2004 referendum should be analysed as a political stunt designed to give the government a leg-up in the local and European elections that occurred on the same day. It’s old-fashioned politricks, folks – throwing society’s most vulnerable under the bus for political capital. Critics called it a racist referendum and they were right.

We shouldn’t have a problem with people from Britain or wherever else granny-ruling themselves an Irish passport. Identity is complex and anyone with antique connections to Ireland has the right to see Irishness as a key component of their make-up. But the existence of blood-based citizenship entitlement and the denial of birth citizenship entitlement is plain old systematic racism. As we could have easily predicted, the rules are far more likely to hurt people of colour. We’ve seen this in recent high-profile cases.

There’s Eric Zhi Ying Xue, who was nine-year-old when his story broke last year. Eric was born in Dublin and has never left the country. His mother, originally from China, is understood to not have legal status here. A deportation order was issued to “return” Eric to China, opening up the risk that he could become legally stateless. Under public pressure, Simon Harris asserted last October that schoolboy, living in Bray, was under no imminent threat of deportation as the case was being reviewed. Still, the possibility looms. 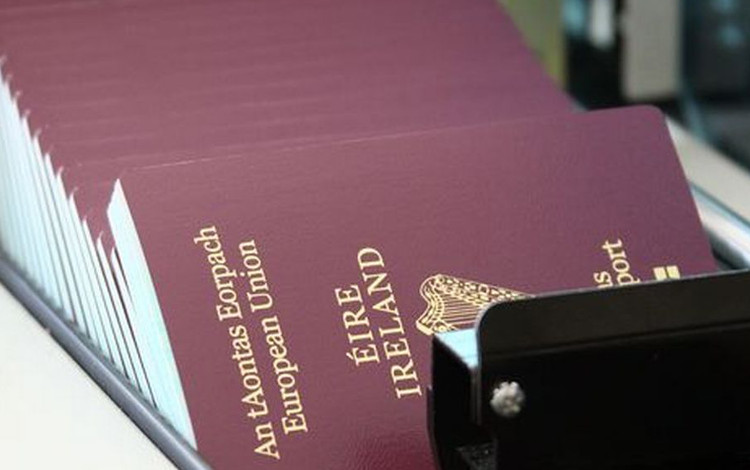 Just recently, Qiuying Liu, also originally from China, and her three children, Neal, aged nine, Michael, aged seven, and Bruce, aged five, were told they were all to be deported. Liu and her husband, Kai, have been living in Ireland for 12 years and run a Chinese takeaway in Donegal. All three children were born here. As she told the Donegal News, Liu is particularly fearful of being deported as two of her children have sensorineural hearing loss and receive vital support they require through their current school.

How could the government not seen cases like this coming? A cynical reading of the 2004 referendum would be: of course it did. Our politicians, secure in the long-standing Western tradition that the breaching of a person of colour’s rights will never be equated to the breaching of a white person’s rights, just predicted that anyone who fell victim to the amendment could simply and quietly be pushed to the country of their parentage with no thought for their wellbeing.

Voters were told there was a problem and ticking a box was the way to fix it. “Closing a loophole” is how it was described in the Dáil and the public voted as if it was that simple. I believe we would flip the decision if given the chance. The observable differences in our society over the last 15 years are easy to grasp. We understand that migration is a core tenet of modern society to be celebrated. As Labour’s Ivana Bacik wrote in a letter to The Irish Times back in 2004, “If the amendment is passed, two children born side by side in an Irish hospital are no longer to be cherished equally.” It’s an easy concept made more tangible by the fact that Irish parents now watch their children play with friends that could be kicked out of the country at any moment.

I’m advised that the constitutional change was carefully worded to allow the government to legislate on the issue and so this sorry situation is very easily rectified without the need for a referendum. It should, of course, be repealed. There’s no place for the 27th Amendment is tomorrow’s world.

Dean is a music journalist and critic with bylines in Wax Poetics, NME, Pitchfork, Passion of the Weiss, The Irish Times and others.

Words To That Effect #33 | The Noun of Nouns

Cultural Rejuvenation Must Not Only Be For the Privileged