How artificial intelligence is shaping the future of football

Football is a sport enjoyed globally, with a fan base in the billions. It’s a sport that inspires a great amount of passion and enthusiasm, and goings-on in the sport often reflect issues that affect the broader human condition. Naturally, it’s a sport that’s about to be infused with artificial intelligence.

AI has changed technology at a rapid pace, and now it is making waves in practically every industry. It has reduced workloads for employees by making menial tasks more automated, freeing them for the specialties that require a human touch. This is changing the workforce in every field, from IT to football.

With the global industry starting to feel the shift towards automation, AI and football are building a relationship that could change more than just the way a sport is played: They could be changing the way people engage with and understand AI. Here are a few ways artificial intelligence and the football industry can play well together.

Like any professional sport, player and game statistics play a huge role in the way every piece of the industry functions. Players are chosen, recruited, and drafted based on their stats; analysts base their coverage and predictions on data; and coaches decide what plays to use on the field based on data. However, for a data-heavy sport, football has been slow to adapt to technological advancement.

It wasn’t until recently that teams were allowed to bring tablets on the field for real-time data analysis. While not the most stunning move toward a tech-savvy future, this does open the door toward integrating more advanced forms of analysis. This could potentially mean, as FIFA gets more comfortable with tech on the field, AI programs could be integrated for even faster real-time analysis in the future.

This has the potential to change how players and coaches make in-game decisions. Analyses of game data informs coaches about how plays and moves happen on the field. The faster that gets processed, the faster those decisions can happen. Essentially, having AI on the field could make gameplay a totally different creature from the one fans know now. 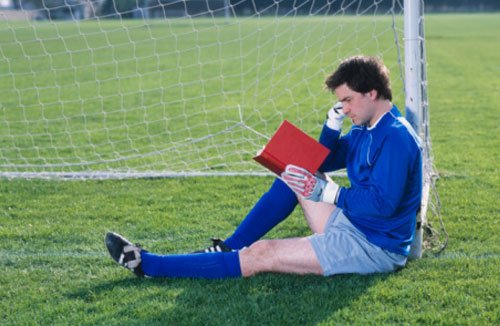 For American audiences, conversations around traumatic brain injuries are not new, as they’re closely associated with professional American football. However, global football runs just as much of a risk for concussions and brain injuries, with the highest risk group being children that play football. Yet, it’s a sport that many argue still needs some kind of padding or equipment for head injuries — if not better monitoring systems.

For all its entertainment value, football is actually an incredibly dangerous sport. Since it’s not a sport that requires helmets, players run a very high risk of head injury. However, AI is stepping in to help prevent these types of injuries, hopefully ensuring a safer sport for all involved.

A combination of wearable devices and AI-powered data analysis means coaches and healthcare professionals can monitor players for signs of a concussion in real time. A sensor patch from X2 Biosystems, for example, could be worn by player on their neck to monitor them as they played. This information could then be fed to one of many digital dashboards used to track players’ memory and cognition after head injuries.

Football has gained such a global following that there are few countries in the world that do not compete to host the World Cup each year. Countries spend years building stadiums and event areas to host the massive population influx that the event brings, all in the hopes of reaping the financial benefits. It’s one of the most watched events on television, and it’s about to get an AI makeover.

One of the technologies being used in football ties directly to the way goals are scored. Goal-line technology is a combination of video monitoring systems and AI tech that calls when and where a ball crossed the goal line. It helps make these calls more accurate when a referee doesn’t have a good line of sight.

When it comes to the audience side of a tournament, AI also has an important role to play. Computer vision, which is a type of AI, helps with replay highlights and customer ticketing for the big event. This type of AI may go unnoticed by most, but it’s crucial for a smooth tournament experience on all sides.

Regardless of the type of AI being used, it’s clear that football is a sport that benefits from technological integration. Whether it’s being used to protect player welfare or help determine the best set of players for a play in a game, AI is helping shape the world of football as we know it. The future may bring many more surprise on the horizon as the sport and the technology evolve together.

Out Here | 5 | Roads of a Shrinking World

How We Can Better Support LGBTQ Homeless Youth

Women’s Health and the Possible Complications During Childbirth