The Irish Times is a major newspaper in Ireland. The weekend edition is published each Saturday and includes a magazine with human-interest features on celebrities, personalities, food, fashion, travel and gardening. There’s a comprehensive listing of TV programmes and a scattering of ads. It provides the ‘lifestyle’ supplement to the news coverage in the paper.

In the pre-Christmas edition on December 19th 2015, there is a one-page photographic feature entitled Gifts for Him. It includes an image of a stainless steel self-winding watch by Tiffany and Co., priced at €5,650.

Who is the Him and has He no shame?

Has the newspaper no shame?

They sold me a dream of Christmas

They sold me a silent night 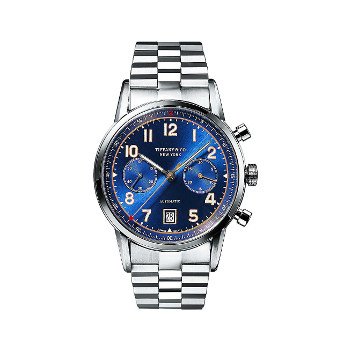 The front page stories concern strictures applying to judicial inquiries into matters of serious public concern such as the banking crisis and the sale of Sitserv, a private building services company that installs water meters. There is also a story on bonuses paid to the partners of officials in the police service’s representative body.

Perhaps Him received one of those bonuses? Or benefitted from the sale of Sitserv? Or escaped, quids in, when the banks re-invented themselves with public money? On page two of the News Agenda, there is the statistic that the government bailed out one bank with €20.8 billion of public money, of which the bank has repaid €1.64 billion. Is Him a banker?

And they told me a fairy story

Have Him and the government no shame?

And I believed in Father Christmas

And I looked at the sky with excited eyes

On page nine, in World News, there is a report from the UN that there are sixty million refugees in the world. It is also reported that there are 2.5 million people with pending requests for asylum. Is Him among them?

They said there’ll be snow at Christmas

They said there’ll be peace on earth

But instead it just kept on raining

The political consequences of the suffering wrought by the flooding along the river Shannon are considered on page six. The human suffering is not addressed in any detail, though there are assertions that eliminating or preventing floods is no longer sustainable and that the recent devastations are the results of Acts of God. So Him is not responsible and can get on with admiring His new watch.

Has Him no shame?

In World News, there is report of a UN-backed road map for a Syrian peace process on page ten. Tensions exist between regional powers, Iran and Saudi Arabia, who engage in proxy wars on behalf of allies further afield. Iran and Russia line up with the Assad regime. Saudi Arabia want that regime brought down, as do the western powers. What does Him want? And what do the people of Syria want? Is Assad Him? Is Him an arms’ dealer?

I wish you a hopeful Christmas

I wish you a brave new year

Has Him no shame?

Have Assad, the many militants and their arms’ suppliers no shame?[pullquote]Human suffering is not addressed in any detail, though there are assertions that eliminating or preventing floods is no longer sustainable and that the recent devastations are the results of Acts of God. So Him is not responsible and can get on with admiring His new watch.[/pullquote]

Some insight is offered on page eleven, in columnist Simon Carswell’s American Letter. A man (Him?) with business interests in casinos in Las Vegas bought an influential American newspaper for €129 million. Could this be Him? Perhaps Him is closer to home. In Business News on page seventeen there are details of houses sold in Ireland in 2015 for €26.5 million, €10 million, €7.5 million, €6.35 million and €2.2 million.

It is evident that Him has no shame. And will brazenly assert “Everyone wants a €10 million house and a five grand watch. If they don’t they’re fools.”

Him was at the auction for the personal effects belonging to Margaret Thatcher, described in Fine Arts and Antiques, page nineteen, as her ‘Free market’ triumphs. Michael Parson’s column indicates that the purchasers of the Iron Lady’s memorabilia got real bargains, including a pair of shoes which sold for over £4,000. Him bought them? For Her?

A veil of tears for the virgin’s birth

Has Her no shame? 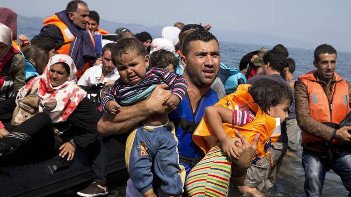 The ability to hold all the world together in a brazen, bare-faced, shameless assertion of the current order is a miracle, a Christmas miracle, that lasts the whole year round.

What use is shame at this or any at any other time of the year?

Newspapers like the Irish Times have a powerful capacity to hold a compartmentalised range of material together and present it to readers as if it were all of a piece, as if this is the only reality that counts and that nothing jars. The ability of a newspaper to encompass such a variety of stories and promotions is evidence of its quality. It is how it is.[pullquote]It is evident that Him has no shame. And will brazenly assert “Everyone wants a €10 million house and a five grand watch. If they don’t they’re fools.”[/pullquote]

It is the mechanism of the watch, complicated and complex, difficult to unravel, a marvel to behold. It simply ticks along as Him would have it.

The use of the word ‘we’ is an essential element. We are all part of it. There is no shame in wanting a five grand watch or a ten million euro house or a four grand pair of shoes. There is no hypocrisy in such wants and, at the same time, there is the impulse to feel bad about poor people who go hungry at Christmas.

It is just the way things are. As told to us by Him.

And I saw Him and through his disguise

The readers of the Irish Times, including this writer, are brazenly capable of holding an image of a five grand watch together with images of business corruption, banking collapses, flood devastations and war catastrophes amidst rising profits for arms’ manufacturers, whilst not feeling the slightest degree of shame.

I Believe in Father Christmas, Emerson, Lake, and Palmer.

Literature on Film | Part 3 | “Leave comedy to the bears, Ebenezer!” – A Tribute to The Muppet Christmas Carol

Warding Off Terror With Luck