Back in March, the Independent reported that Health Minister Leo Varadkar supported a “more liberal approach” to drug use in Ireland. This was in response to the emergency meetings called when a ‘legal loophole’ decriminalised the use of drugs like ecstasy and magic mushrooms for one night. While the whole incident seemed like nothing more than a comic governmental failure, it did raise important questions regarding the issues with drug criminalisation.

[pullquote]Traditionally, anxieties surrounding heroin addiction, deaths from ecstasy and other amphetamines, and the condemnation of drug users have all but led Ireland’s drug conversation.[/pullquote]

Traditionally, anxieties surrounding heroin addiction, deaths from ecstasy and other amphetamines, and the condemnation of drug users have all but led Ireland’s drug conversation. That was, until, a short term legal loophole asked whether decriminalisation could become a long term reality.

It is widely recognised that Minister Aodhán Ó Ríordáin supports the decriminalisation of possession of small amounts of drugs – thus reiterating Varadkar’s claim that drug use is a health issue. This idea stems from the Portuguese legislation that decriminalised the possession of drugs for personal use back in 2001. In Portugal,

If someone is found in the possession of less than a 10-day supply of anything from marijuana to heroin, he or she is sent to a three-person Commission for the Dissuasion of Drug Addiction, typically made up of a lawyer, a doctor and a social worker.

According to drug policy foundation Transform, decriminalisation in Portugal initially led to an increase in drug use, but at the present time drug use has dropped significantly, with an almost 70% decrease in drug induced deaths since 2001. Smaller amounts of people are trying drugs for the first time, and there has been a huge reduction in the transmission of diseases like HIV. While the study does attribute these drops to a focus on harm reduction and treatment too, their relation to decriminalisation cannot be ignored.

There is a certain conservative narrative pervading that this decriminalisation will lead to an increase in drug use, when in fact, it can reduce it. The U-Cascadh Project recently submitted a proposal to the government regarding the decriminalisation of drugs. Their manifesto makes some very valid points. It states:

Criminalisation is not necessary to protect people who use drugs: governments have many non-penal measures to encourage people to make good choices around drugs, including offering substance abuse treatment and social support.

This idea is supported by Minister Ó Ríordáin, who stated that following new drug laws, injection rooms would be opened for users. This could not only lead to drops in infection levels due to the higher availability of clean needles, but would also reduce the stigma associated with substance use.

To address this stigma, the history behind Dublin’s explicit drug use must be considered. During the rejuvenation of Dublin city, many inner city areas were cleared out for modernisation. This led to a collection of predominantly working class areas being left with little or no amenities. While the Irish government likes to suggest that the economic growth of the Celtic Tiger benefited all members of society, many people in socially deprived areas stayed poor. Poverty can often lead to drug addiction, and further punishing those living with these addictions can be detrimental to any attempt to combat them.

While Minister Ó Ríordáin supports decriminalisation “across the board,” he takes care to differentiate between the decriminalisation of drug use and drug selling – the latter of which will remain a crime. This contrast is crucial to the public dialogue concerning drugs, as often misinformation can lead to the idea that this proposed legislation will benefit dealers and those who profit from selling, as much as it will those who are addicted. [pullquote]There is a certain conservative narrative pervading that this decriminalisation will lead to increased drug use, when in fact, it can reduce it.[/pullquote]

There also needs to be a more inclusive conversation concerning party drugs like ecstasy, where recent deaths of those using the drug have led to nationwide panics. Arguably, the issue is not so much with pure MDMA, but the mishmash of other unknown substances inside the tablets that lead to unpredictable reactions. Perhaps, this is all the more reason to legalise these substances – to create undesirable consequences for the illegal drug trade, to reduce the risk associated with consumption, and to ensure that the production of these drugs can be sourced. 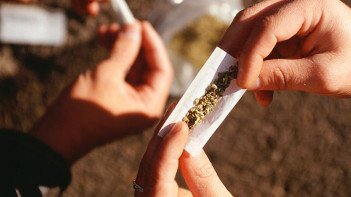 While all this talk of drug use in the political sphere is great, there still needs to be more of a discussion in the public. I’ve seen Facebook status after Facebook status about how cannabis has less negative effects on a person’s health than alcohol, but that’s often where the conversation stops. In March, NUI Galway conducted a poll which showed that 68% of their students supported the decriminalisation of cannabis. However, this result is not representative of every young person in Ireland, and it certainly does not reflect the consensus of the whole country.

Most people I know share similar views on legalisation, but what about everybody else? Back in January, the Independent shared the results of a poll stating that one in three people between the ages of 24-49 supported the legalisation of cannabis. While this is a promising number, it is still not a consensus. More needs to be done to educate the public on the positive outcomes of new drug legalisation. We need to ensure that the inherent scare mongering associated with the campaign against drugs is retired once and for all.[pullquote]Ostracising addicts will not eradicate heroin addiction. Condemning recreational drugs won’t stop people using them.[/pullquote]

In a column for the Irish Times, Una Mullally suggested that when it comes to recreational drug use and moral panics, we need “public information, factual warnings, non-sensationalist reporting, and an open, non-judgmental conversation.” A statement like this could not be more relevant at this current time. Ostracising addicts will not eradicate heroin addiction. Condemning recreational drugs won’t stop people using them. But decriminalising drug consumption could be the step forward that this country needs. The benefits have already been proven – it’s time to keep talking, and to finally put them to action. Drug use isn’t going away anytime soon, but we can still help people, and we can make it safer.

How To Write A Screenplay