The average life expectancy in the U.S. is declining. This loss of life isn’t attributable to a war or a frightening new plague, either. However, people are dying off more quickly, and it isn’t only the elderly.

Millennials with disabilities face many issues in today’s society. They face the continued frustration of explaining to ableists that they can do things, albeit perhaps differently. Additionally, public policy shifts present additional challenges that sometimes prove impossible to overcome.

The U.S. is unique among developed nations in only extending guaranteed health insurance coverage to senior citizens. Children of impoverished parents can often qualify for Medicaid, but adults have no recourse. If their employer doesn’t offer coverage, and they can’t afford their premiums, they go without. This can turn deadly

People with Type 1 diabetes and other treatable illnesses often die from lack of care. Between 2012 and 2016, the price of insulin tripled, and many millennials began dangerous practices to ration their supply. Some skipped meals to save emergency doses, while others took less than necessary and died. Even among those who survived, the consequences of missing appropriate treatments are severe, including kidney failure.

The problem of treatable diseases leading to adverse consequences will continue to grow with the gig economy. Currently, more than one-third of Americans work on an independent contractor basis. Most positions offer no benefits, including health insurance, leaving some individuals to find themselves priced out of care options on the exchange. Nevertheless, disabled individuals seeking flexible scheduling options often gravitate toward such jobs.

Given the rise of the gig economy and the shrinkage of traditional benefits packages, many millennials don’t have adequate dental coverage. Fully 74 million Americans lack dental coverage, and those who have it often find it doesn’t cover much.

In the U.S., policymakers tend to consider teeth to be luxury bones and any routine maintenance purely cosmetic. However, this assumption is untrue. Researchers have found links between periodontal disease and conditions like dementia. Bacteria from the mouth can enter the bloodstream, where it causes inflammation. This can lead to a host of debilitating conditions.

If you thought only senior citizens experienced hearing loss, think again. The various aspects of modern life — listening to music on earbuds and the constant din of urban areas — has affected young people’s hearing. Indeed, one in four adults between ages 18 and 44 have reported hearing problems resulting from the use of headphones.

Auditory problems aren’t a matter of needing to turn up the TV. If you can’t hear the sound of a car approaching, even going for a walk can become dangerous. Research indicates a connection between hearing loss and dementia.

Like dental coverage, vision care is often considered a bonus, not an essential part of a benefits package. However, this deficiency in coverage creates a severe public health risk that impacts millennials. Motor vehicle crashes are among the leading causes of death in individuals aged 40 and under.

People should undergo a routine eye exam each year. However, when it comes to deciding between visual acuity and more immediate needs like paying rent and buying groceries, the basics take precedence.

News pundits often criticize millennials for laziness. However, statistics don’t support this assumption. From 1979 to 2018, worker productivity increased by nearly 70%, while the average wage increased only 11.6%. Millennials are getting their hustle on, but they’re not getting compensated fairly for it. This disparity has led to an increase in chronic pain. Many people spend so much time and energy trying to get ahead at work, they don’t have time for proper self-care.

Health experts tell us that people should strive to sit less and move more. However, people who work in cubicles may sit for hours on end at a given time. Sitting for long hours without a break can lead to chronic back pain even in healthy individuals. It can also lead to a host of other diseases, and staring at a screen for too long has proven negative effects on ocular health as well.

Depression and anxiety disorders continue to rise among millennials. This generation has seen a 47% increase in major depressive diagnoses. More than this number have reported leaving jobs due to mental health woes.

Despite this increase, a considerable percentage of these individuals do not seek outside help because they can’t afford it. Leaving a toxic work environment might alleviate stress, but in the U.S., it can also leave you without affordably priced health insurance coverage. This deficiency creates a barrier to seeking care. 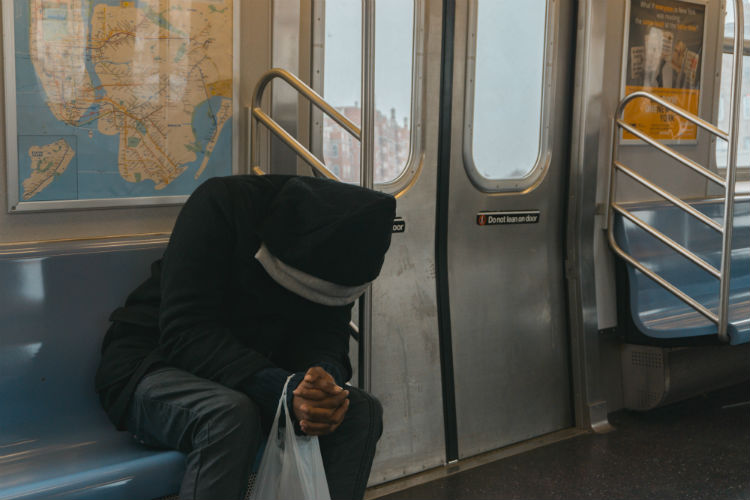 It should surprise no one that among all these pressures, millennials are dying deaths of despair at higher rates than previous generations. The number of overdose deaths and deaths by suicide continues to climb. Part of the blame lies at the feet of the opioid epidemic. However, while state prosecutors bring suits against pharmaceutical manufacturers and other health care professionals, people continue to become hooked on pain medications. Rates of alcoholism and other high-risk behaviors continue to rise, as well.

Disability impacts everyone, but millennials face unique challenges in managing their disorders. If we want to call ourselves a modern-day society, we need systematic change that provides everyone with the safety net they need to thrive in spite of challenges.

Murder One: The Podcast | All About Agatha: John Curran and Andrew Wilson with Anna Carey