The Paris Attacks were dreadful. One hundred and twenty nine innocent people were gunned down violently and thoughtlessly. People in Ireland are understandably upset, distraught, shocked and saddened. When I first heard the news I flicked from the Bosnia vs. Ireland match to a 24 hour news channel, and watched the events unfold for the next three or four hours. Then I put it back on again first thing in the morning, and I read my favourite newspaper apps. 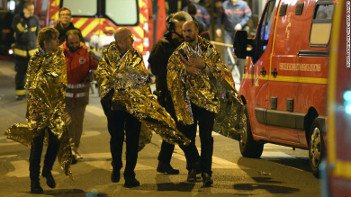 Other people showed solidarity with France by putting a French flag on their Facebook profile picture. They wrote statuses, they tweeted, constantly watched the news, and maybe they even actively did something. It doesn’t matter. It’s up to each individual person how they express their outrage.

Then there were the other people who took this opportunity to jump up on their high horse and look down on everyone else. They said things like “Why was no one upset when 147 people were killed in Kenya?” and “An ISIS suicide bomber also killed a lot of people in Baghdad, but you don’t care.”[pullquote]It’s awful when innocent people are attacked anywhere in the world. But of course, here in Ireland not all terrible events around the world get the same level of media attention.[/pullquote]

Of course people care! It’s awful when innocent people are attacked anywhere in the world. Innocent people do not deserve it, no matter where they are. But of course, here in Ireland not all terrible events around the world get the same level of media attention. Paris is very close to us. I’m sure most of us have been to Paris, or at the very least know someone who has been to Paris. You probably even know someone who lives in, or has lived in Paris. I certainly do. We have centuries of shared history with France, we live under the same EU constitution. For the vast majority of Irish people, the same cannot be said about Baghdad, or Kenya.

The idea is that all people are all the same, equal. Which is true, I believe that. But are these keyboard warriors who berate people over their profile pictures going to tell me that they wouldn’t feel greater grief if these attacks happened in their own town? Of course they would. Why? Because it’s closer to home.

I live in Dublin. I’m horrified by what has happened in France, but I’m also certain I would be far more horrified, afraid, and sad if this happened in Dublin. I would be similarly shocked, but slightly less so, if it happened in Belfast. Same again for London or Paris. We have strong relationships with these cities and their people – shared histories, economic and cultural links, friends and family living there. I’ve been to both places multiple times, and we share a similar way of life.

Why would I be less shocked if it happened in Belfast? (To be clear, it’s only slightly less shocked than the Dublin alternative, but I’d still be very shocked.) There are two reasons that I can think of right now. 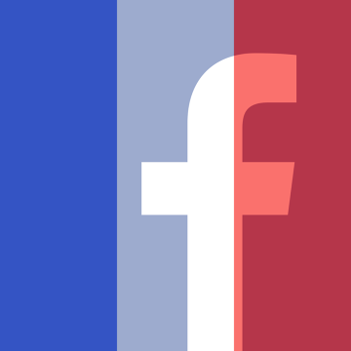 You surely have to understand that it’s less shocking when an attack happens in a war torn country? It must be expected nearly every day. That does not mean it’s not terrible. Again, it is, of course.

On one of these very status updates, a friend of mine pointed out that “It’s an inherent bias of empathy. We relate more to people we familiarise with; those whose beliefs, values and practices are most similar to ours.” That makes sense too, of course we do. And maybe that’s not perfect, maybe there’s an issue with race there, but this is one (of many) good reasons that cities in the western world are becoming more and more cosmopolitan. We are all becoming more familiar with people from all ethnicities and walks of life. But this is not a “white, western, middle class” problem like you’d be led to believe by these status warriors. I’m sure the same bias of empathy occurs in Africa, China, the Middle East and everywhere.

Some of the statuses I’ve read have gone further. They call the people who post about Paris “hypocrites” and accuse them of showing “selective empathy.” Who are these people to decide how something affects another person? What makes them the judge of which atrocities get more attention and from whom? How do they know how strongly the attack in Paris might affect one of their Facebook “friends”? 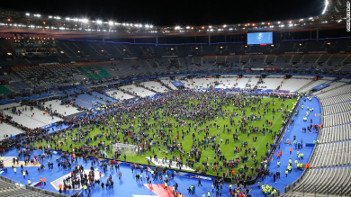 Yes, the Facebook and Twitter feeds are coloured blue, white and red – more so than they’re coloured red, white and black after an attack in Iraq – but then, how many of those friends know someone in Paris right now? How many of those friends’ parents were in Paris this year? Both of my sisters have been there this year, separately. This is not just some distant city on the other side of the world that the vast majority of us will never see. This is one of the closest cities to us, geographically and culturally.

Another thing that I’ve noticed is that these people are telling everyone they should be equally empathetic about the attacks in Kenya, Baghdad and Beirut. But I never see those same people post anything about those attacks. The reason our Facebook feeds aren’t flooded with statuses every time there’s an attack in a war torn country is partially due to the fact that even these people don’t post about it. So, are they the hypocrites?[pullquote]“It’s an inherent bias of empathy. We relate more to people we familiarise with; those whose beliefs, values and practices are most similar to ours.”[/pullquote]

Of course solidarity with victims everywhere is great, and I’m sure most people agree. Everyone hates ISIS and Boko Harem and anyone like them who use terror to achieve their goals. Of course we have empathy and compassion for their victims. There have been 298 terrorist attacks already in 2015. That’s nearly one per day; we just can’t be shocked about all of them, we can’t change our profile pictures that often. If people in Ireland are more vocal about a shocking attack in a nearby city, that’s their prerogative. Let them express outrage whatever way they want.

Acceptable in the 90s – The power & glory of the Blockbuster Song