Face Value | Behind Ticket Touting and the Guys Who Do It

Tickets are funny things, as things go. They’re a luxury item, yet not really items in and of themselves; tickets are more the promise of a good memory. At least that is what we were taught during my training and induction into an online ticket touting company.

The premise is simple. Someone buys a ticket to a gig or festival – any ticketed event at all, really – and sells it on for profit. The company, facilitating the transaction, takes a healthy skim off the top for its trouble, from both the buyer and the seller. Selling a ticket outside a stadium is illegal; doing it online is perfectly fine, because taxes. Unless the government can get its cut too, it’s a big no-no. By all logic, cigarettes should be contraband, but oh the tax money, it’s better than that first drag with your morning coffee.

[perfectpullquote align=”right” cite=”” link=”” color=”8D3AF9″ class=”” size=””]Selling a ticket outside a stadium is illegal; doing it online is perfectly fine, because taxes.[/perfectpullquote]

This company spun their middleman service as selling an experience, a way into a gig that was lamentably sold-out. And of course it was, for an extortionate price, if you even got in.

Part of our job was substituting tickets for sellers who, for one reason or another, couldn’t actually provide the tickets they’d sold. Usually this was a big seller who had overestimated the amount of tickets they could get their hands on and now found themselves in the shit. We gleefully applied all the relevant charges and made them pay the difference (and then some) between the ticket they’d ostensibly sold and the replacement one we sourced for the buyer. If we could find a replacement one, that was.

If not: lots of screaming.

Other times, however, it was a genuine seller who had made some mistake when listing their ticket, giving the wrong stadium section, for example. If someone bought it before they had time to rectify the mistake, then we entered negotiations to make both parties happy, usually involving a discount for the buyer at the seller’s expense. This was one of the precious few times when fairness seemed to percolate through the grim and shady process. 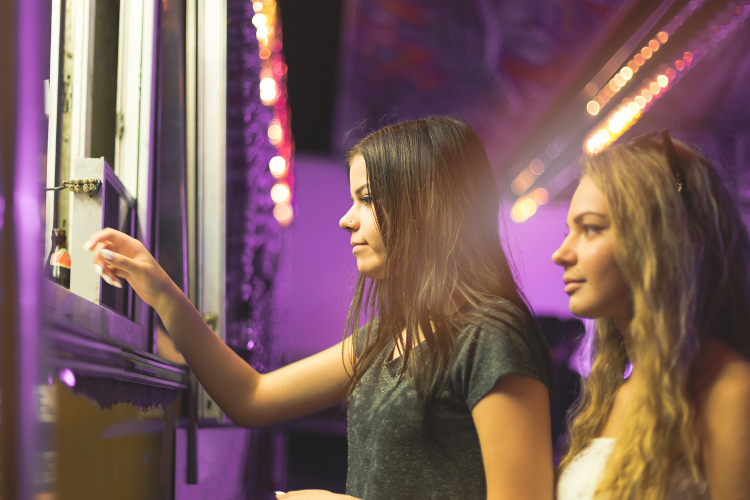 When I really thought about it all, after a few evening pints at the end of another day of being shouted at on the phone by furious customers, the dichotomy of the thing really got to me. On the one hand, in this best of all possible worlds, property is the be-all and end-all. If your name is on a piece of paper stating that you own something, end of discussion. The thing is yours, to do with what you will, with little to no interference from any authority. If you want to sell it for outrageous and morally dubious profit, off you go.

On the other hand, there’s the peculiar nature of tickets and their ethereal state as the promise of a future memory. I myself have a shoebox full of old ticket stubs, some faded to the same extent as the recollections they represent. So emotions invariably get involved, hence the shrieking and ALL CAPS emails we dealt with every day. If someone has the money to buy a ticket at five times its face value, who is the seller, and who are we, as a company, not to make a profit out of that?

On the third extremity is the artist or performer or sports team – the object of the ticket, so to speak. Fair play to them, in recent years most artists and organisations have denounced the evils of online ticket touting, saying that genuine fans should never have to pay more than face value for an event. There are certain measures to make sure this happens, such as the name on the ticket having to match the ID of the person holding it.

Ed Sheeran’s Irish gigs, for example, are going to require two pieces of ID, the debit or credit card with which the ticket was bought, and a signed note from your Ma to gain entry.

While this is vaguely admirable, it really tramples on the first hand above, the idea that property is a pillar of our world. The first ever human who put a wall around a patch of land and said, “This is mine,” has a lot to answer for because it all started going downhill from there. You can’t have it both ways and claim that this kind of personal property is transferable while that kind is not.

Even the second hand is trampled on, to an extent. If I’ve bought a ticket to a gig fully intending to go but find that I can’t for whatever reason, shouldn’t I be allowed to get my money back while selling it on to someone who can and wants to go? If I buy a rake of tickets with the sole intent of selling them for profit, however, that’s a whole new ballgame.

[perfectpullquote align=”right” cite=”” link=”” color=”8D3AF9″ class=”” size=””]The first ever human who put a wall around a patch of land and said, “This is mine,” has a lot to answer for because it all started going downhill from there.[/perfectpullquote]

People are making livings and organisations are making obscene profit from this very practice every day. That second-hand ticket you bought that time? Odds are it was from some wheeler-dealer collective rather than a teary Bieber fan who can’t make the show because she’d to go to her gran’s birthday.

Alas, no government anywhere is going to commit the resources necessary to verify the sincerity of an original buyer’s intentions, and neither are they going to say goodbye to the nice little tax income the growing industry generates. Not to mention the jobs it creates and maintains. It’s rather the organisations themselves, such as the Rugby Unions in the UK, who introduce measures to curb the practice, such as naming and shaming ticket profiteers.

Don’t hold your breath for the likes of Ticketmaster who, though late to the game, are catching up with their own second-hand site Seatwave. Unfortunately, ticket touting is here to stay, both online and in line in front of the stadiums. So if you do want to go to a gig, book early and stay very far away from second-hand sites.

Sue de Nîmes hails from nowhere near Nîmes. With an Irish mother and a French father, she often doesn’t know whether to have a croissant or a fry-up for breakfast. She holds a degree in Political Sciences from the University of Grenoble and is soon embarking on an MA in 20th Century Continental European Philosophy. In her spare time she enjoys cycling the Irish countryside and upcycling furniture. Despite her name or perhaps because of it, she abhors all things denim.