Shortly after the success of the Marriage Referendum, Senator Averil Power announced that she was leaving Fianna Fáil. Some time before this, David McGuinness and Patrick McKee also dismissed the party to practice their trade elsewhere. These losses only reflect a small percentage of those who have chosen to turn their backs on the party this year. Bobby Aylward may have won the Carlow-Kilkenny by-election, but with more and more young, promising politicians heading for the exit, the need for alternate visions and new political directions is stronger than ever. All is not well for Fianna Fáil, but this does not mean that it couldn’t be.

Winning the Carlow-Kilkenny by-election did come with a downside, as it told the public very little about the party itself. The vote remained at about 27% – similar to its total share in 2011. Aylward’s seat was also in party heartlands, where he could have recited a dinner menu and still been elected. It was as safe as safe-seats go… But this does not mean that everything is hunky-dory for Fianna Fáil, and it certainly doesn’t mean that they will definitely have enough ammunition to defend their position come the next general election.

Averil Power expressed her concerns for the party’s future when she left it, claiming that leader Micheál Martin was a “leader without followers,” and that the organisation had campaigned half-heartedly during the Marriage Referendum. While these allegations may not be strictly true, they are not entirely devoid of merit. Former minister Pat Carey has declared that he was asked “where are your people” numerous times during the campaign for marriage equality, and that Fianna Fáil’s attempts lacked “energy and urgency.” There is no doubt that comments like these have done great damage to the party, and destroyed a lot of the capitol they had to spend on securing votes – in particular, from young people.

So with all this negativity surrounding the party, what should it do? There are a couple of viable options. It can either sit on its hands hoping all the liberals immigrate to Australia, or it can move in a direction that is more reflective of public opinion.

The reality is that once an economic recovery occurs, social issues become a more prominent political feature. This will certainly be the case going forward into Irish elections next year, as marriage equality was only a taste of what’s to come in terms of public discourse. Urban areas, like Dublin and the other major cities, happen to be where the party’s support is weakest. This became most evident at previous Ard Fheis’s when motions against expanding access to abortion services were passed, and the party’s reluctance to move in a new, more open, direction was most obvious.

One motion called on the Ard Fheis to reaffirm Fianna Fáil’s stance as a “pro-life party” that would actively oppose any legislation with the potential to be “significantly expanded beyond the limited circumstances where an intervention is required to protect mothers.” Only yesterday, Micheál Martin announced that the party would not hold a referendum to repeal the Eighth Amendment if they were to enter government in 2016. Like Enda Kenny’s statement on the issue last week, Martin declared that “any moves to repeal the Eighth would have to be about what would replace it.” With sentiments like this, a referendum on the issue could actually cause major splits within the party if leadership was to move in a direction party members did not like.

While the public might not have backed the party for refusing to adopt a position on the issue, it seems that they may not back them for being anti-choice either. According to the September 2014 Millward Brown poll, 69% of people support wider access to abortion services where pregnancy is a result of rape, and 68% believe that it should be permitted when there is a threat to a woman’s health. Although the same poll did reveal that Fianna Fáil voters are the most likely to reject a referendum to repeal the Eighth Amendment, if the party were to blatantly ignore the vast majority seeking change, it would not only give their political oppositions decades of ammunition to fire the party’s way, but – as Micheál Martin’s announcement yesterday so aptly confirmed – it would also anger the public too. The party’s stance on the issue could not just cause a split, but lead to potential political irrelevance in the eyes of the young. 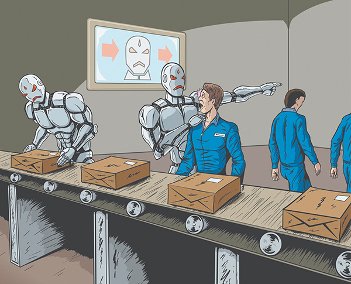 It’s easy to be bitter about Fianna Fáil’s attitudes to social change, but they do have the means to reinvent themselves as a radical party that is in tune with 21st century concerns. The world is undergoing a major economic transformation as technological change threatens a significant percentage of the workforce. Oxford researchers have suggested that almost half of the US workforce could be replaced by technology in the next two decades. If this were to be the case, and so many people lost their jobs, it would have a knock-on effect for other international businesses, and economies that rely on American investment – like Ireland’s – would collapse.

So, where does Fianna Fáil come into all of this? It has an opportunity to avoid such a potential financial disaster, by overhauling the country’s outdated educated system and leading people through changes, instead of avoiding them. By ensuring that education harnesses people’s creativity and critical thinking – rather than forcing them to learn a lot of irrelevant things from a lot of irrelevant subjects – the party could guarantee that Ireland’s economy flourishes, opportunities are equally distributed, and that society’s wealth is increased.

In the battle for the future, there is all to play for.

Shane Burke has been a committed activist with a number of organisations such as One.org, IDEA Ireland, and European Students For Liberty. He is interested in current affairs, politics, and technology. As a Libertarian, he spends his days fighting for the cause of personal liberty.

From Boston to Berlin: A New Irish Direction